Another birthday at work brought about the opportunity to try something new.  I’m also in the process of moving and so I’m trying to use up as many ingredients in my pantry as possible.  I stumbled across a cupcake recipe that incorporates both coconut and cake flour, and since I had both I figured this would be perfect. 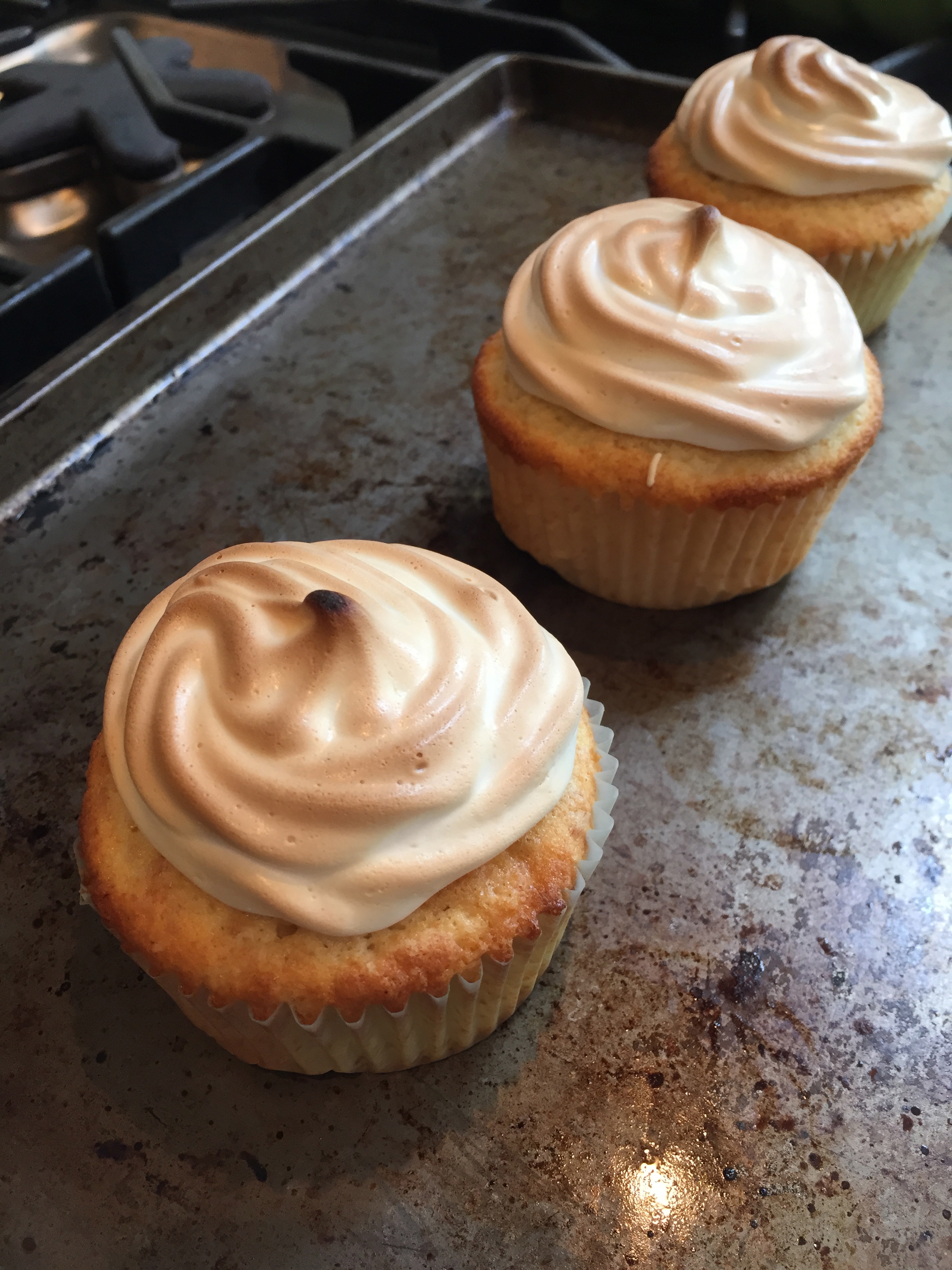 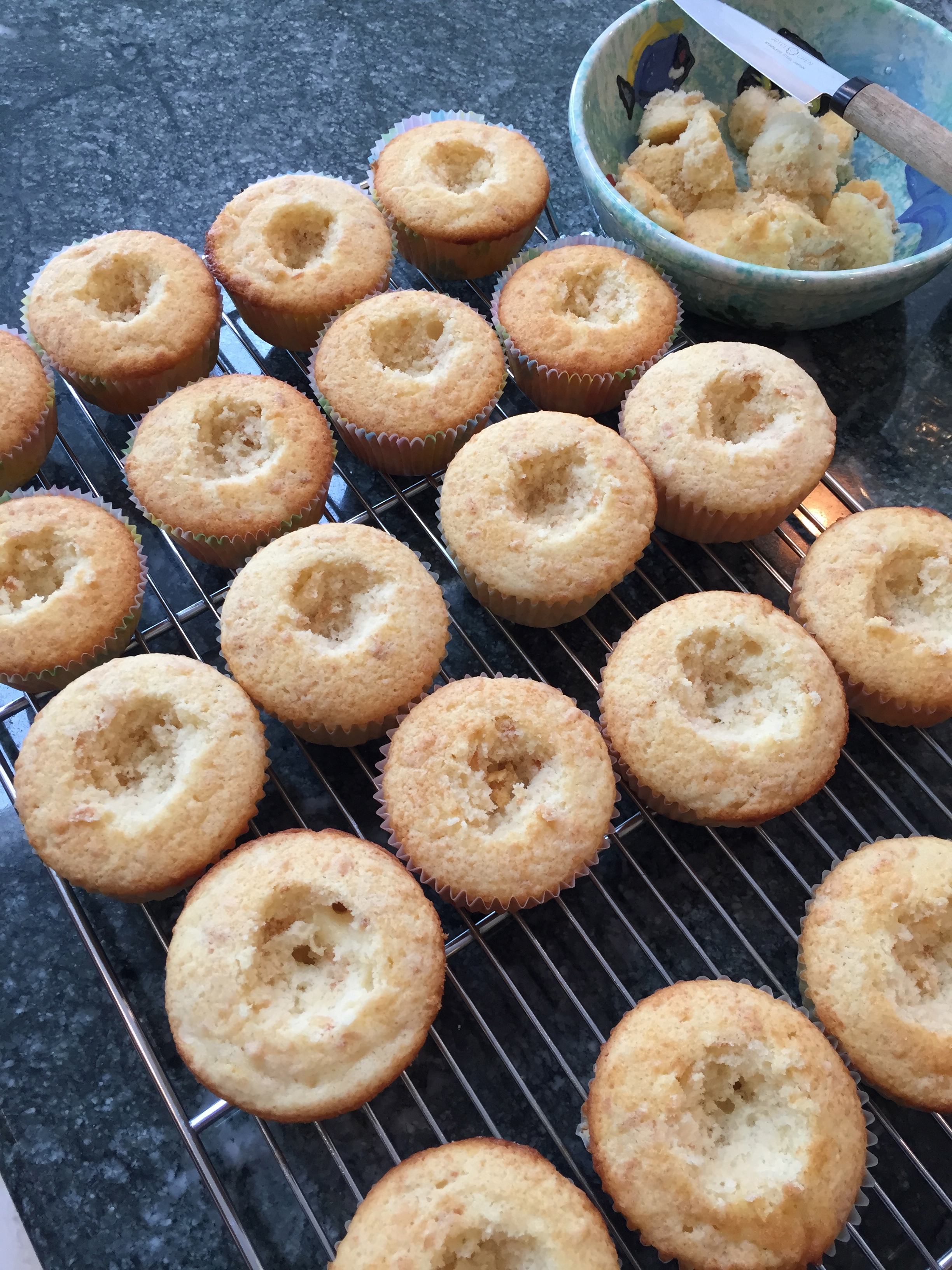 I also had some reserve egg yolks, so I whipped up a batch of fresh lemon curd the night before.  I absolutely love lemon curd!  Although it must be just right – the perfect amount of tang and definitely not too sweet.  This one was perfect, and it was all I could do not to slather it on the cupcake centers I had cut and just eat the whole lot. 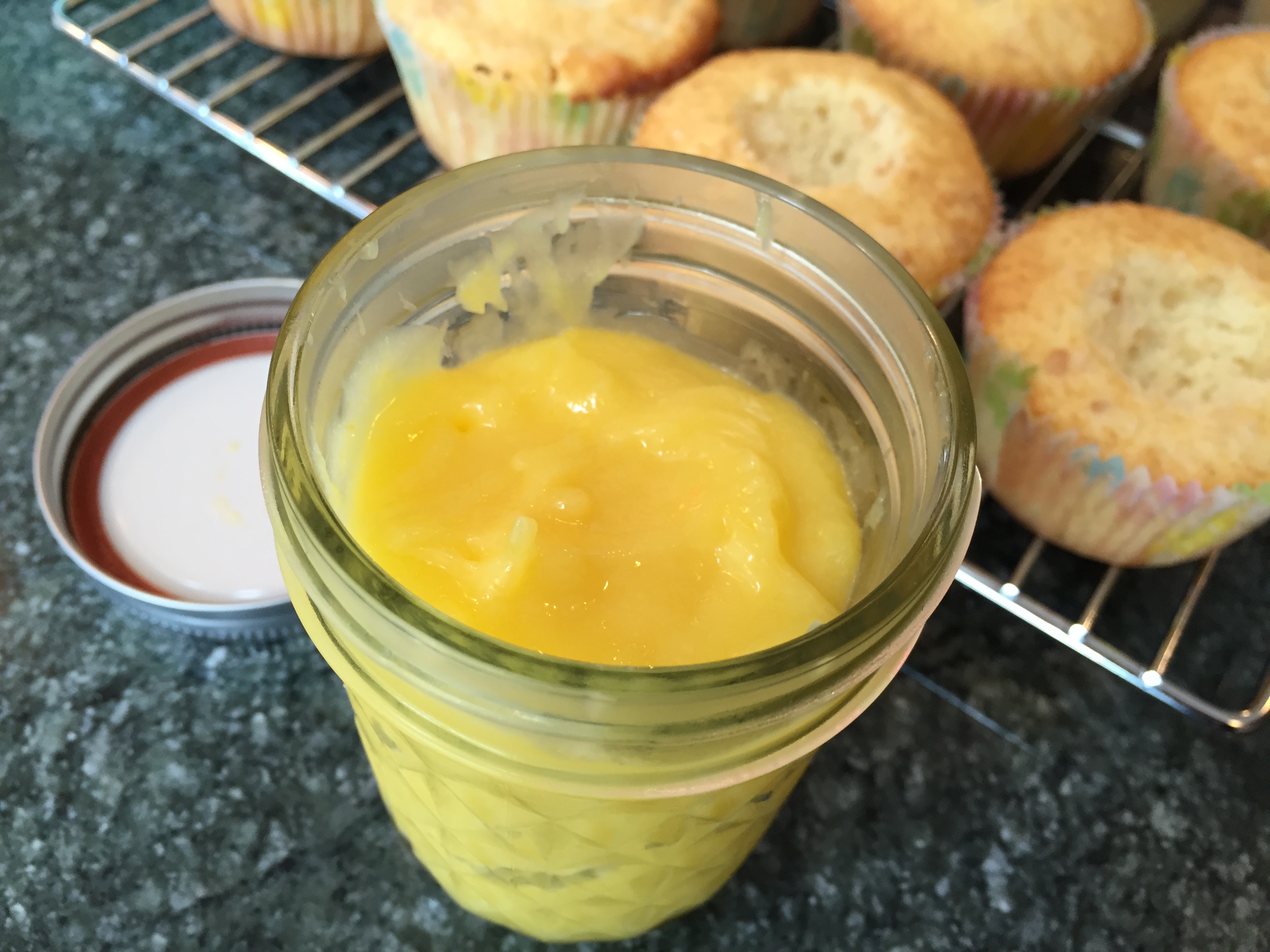 Into the centers went the lemon curd!  I love cupcakes with a surprise center.  They add something cute, and sometimes clever as well. 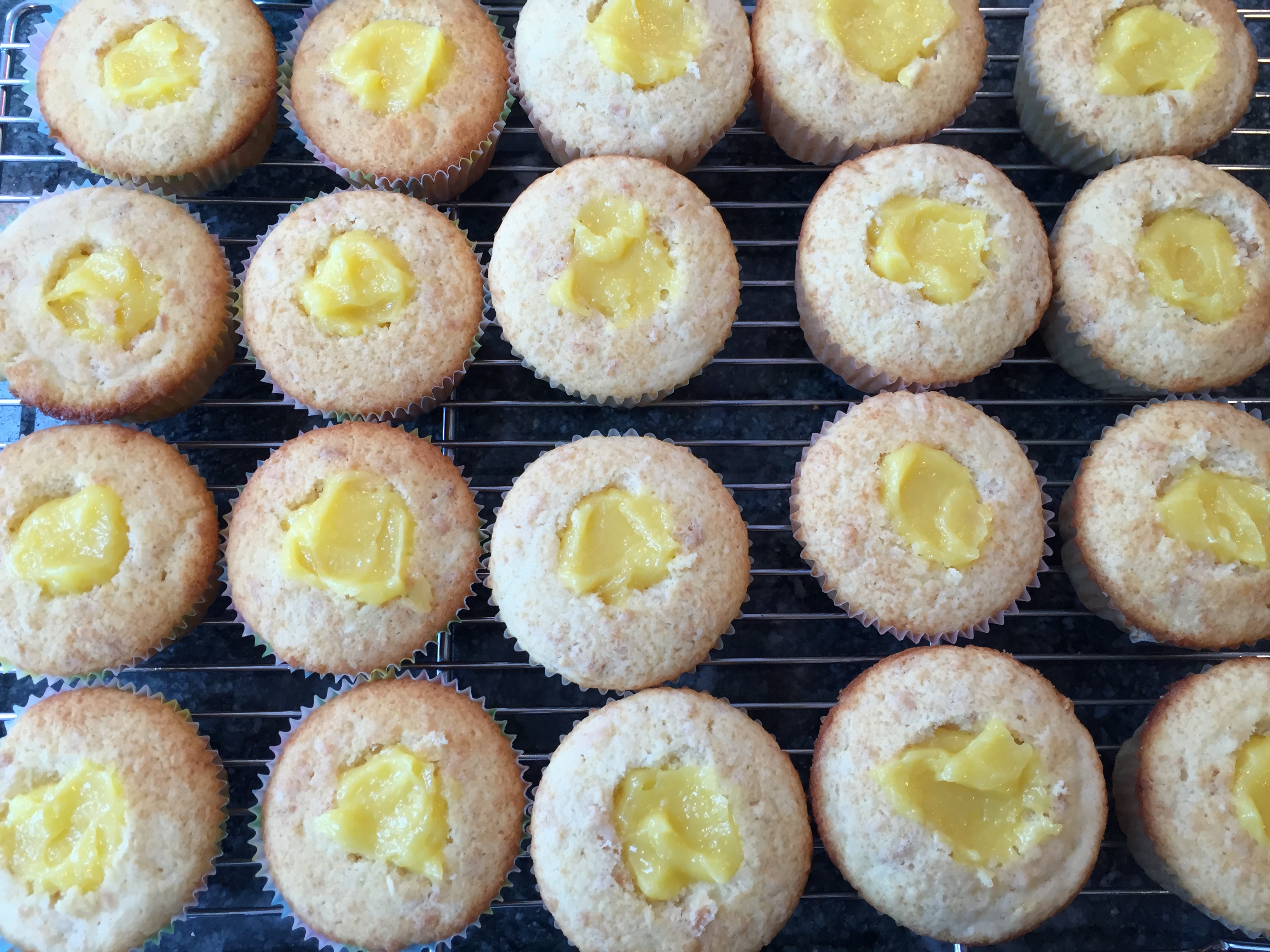 As for the topping, I was thinking of making some kind of meringue topping as the cupcakes were turning into a cross between coconut cream pie and lemon meringue pie.  I had some leftover meringue powder, so I thought it would be perfect to use that up for the frosting.  HOWEVER, the meringue topping that came from the powder was TERRIBLE.  It tasted so artificial and just plain gross.  I had to scrap the whole batch and revert to my go-to marshmallow frosting. 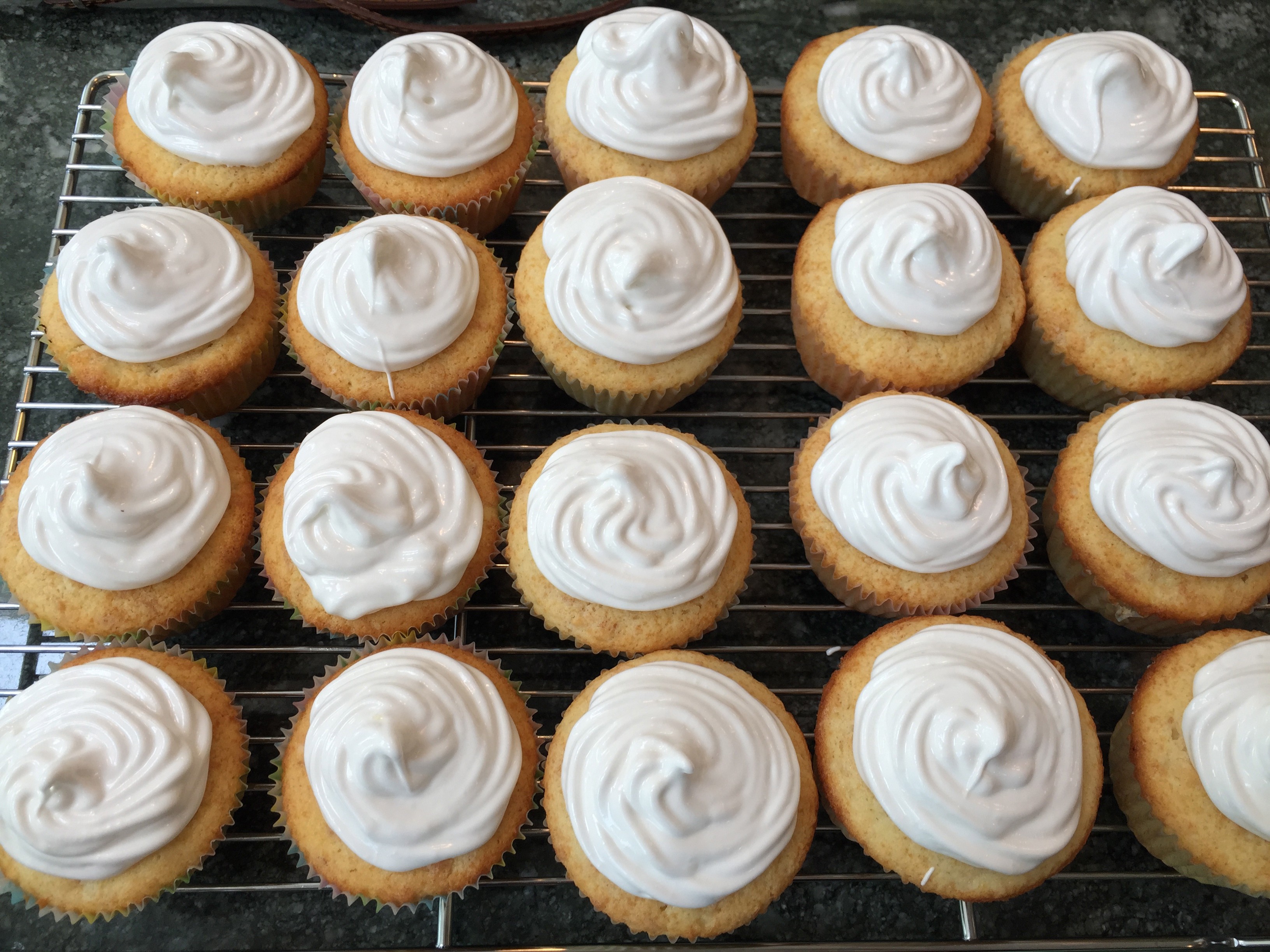 Next came the decision of whether to toast the topping.  Doing it by hand would just have been entirely unreasonable and a serious time commitment.  I decided to give the broiler a try, and I was so thrilled when they actually came out lightly toasted! 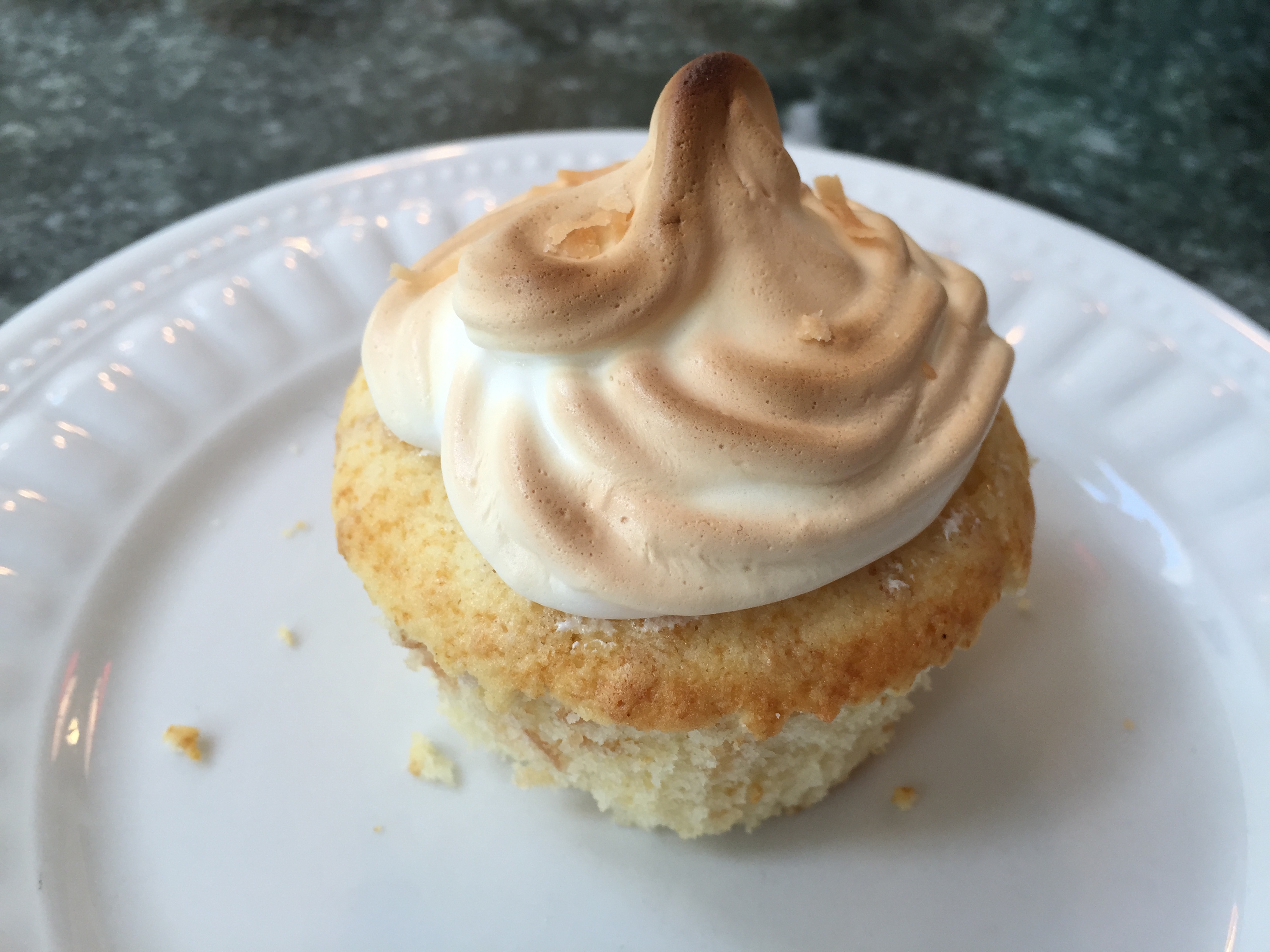 I added a few sprinkles of leftover toasted coconut, then dug in. 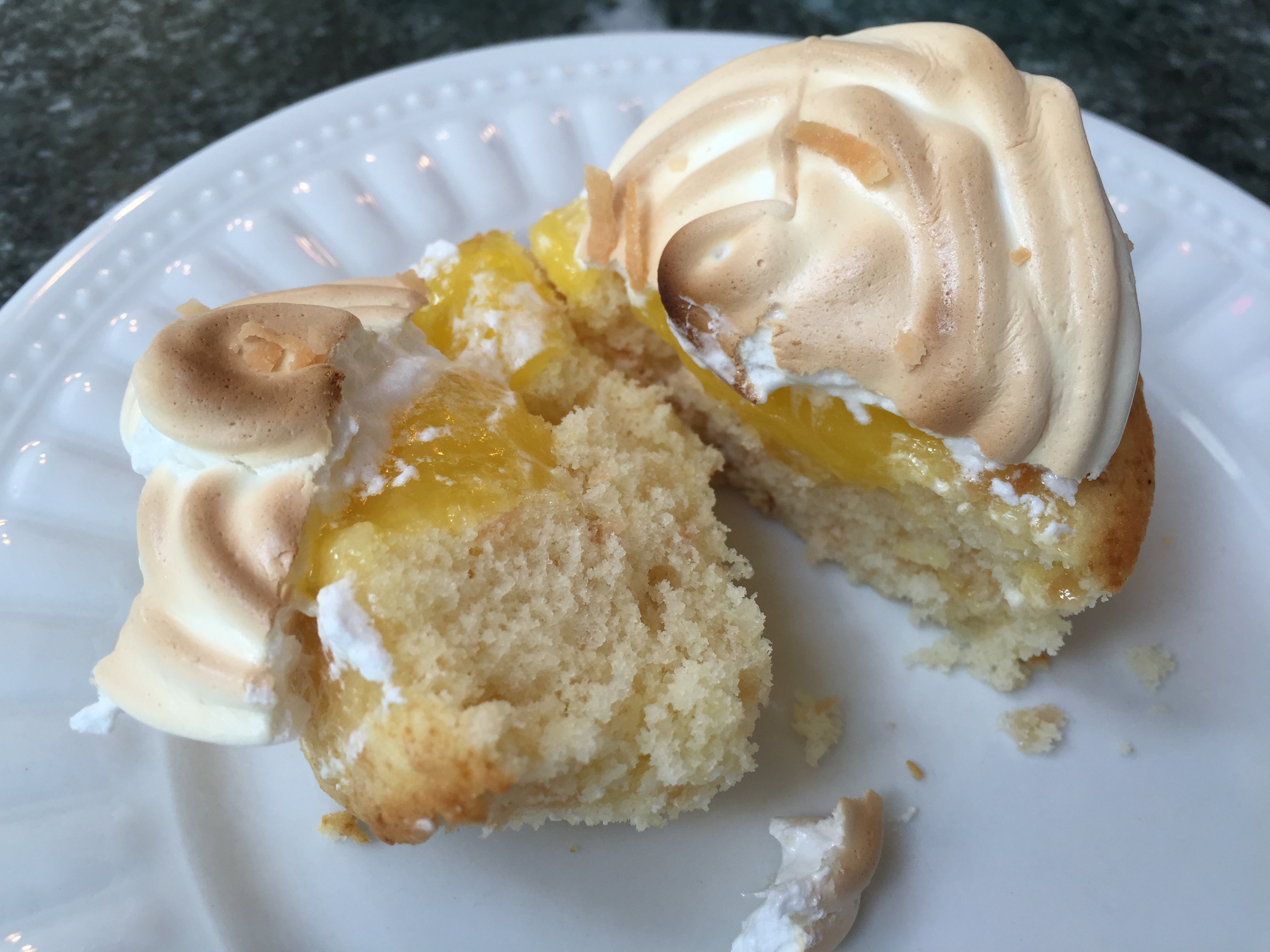 There is definitely something special about cake flour.  It creates a light and airy cake, and this one with the specks of toasted coconut mixed in was a real treat.  The tangy lemon curd added a great contrast to the sweetness of the cake and topping, and the topping itself also added a unique texture factor, especially with the light toasting.

The best part was that these were a huge success at work!