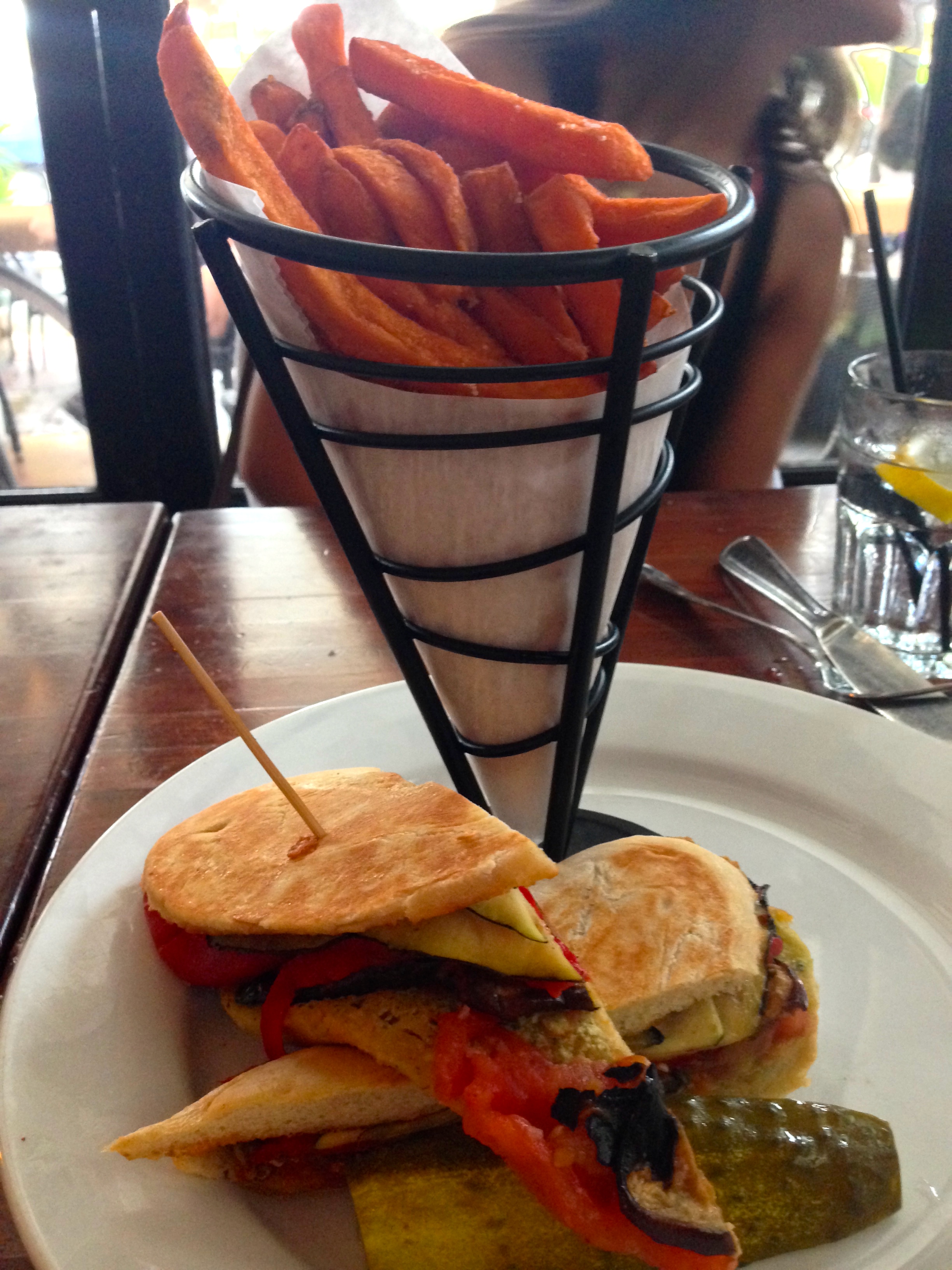 As is perfectly common when it comes to Florida weather, what started out as a seemingly perfect beach day was quickly spoiled by a massive thunderstorm moving through South Beach.

As much as we tried to ignore the dark clouds rolling in behind us and look instead to the blue skies and sandy beach in front of us, there is only so much optimism one can have during the rainy season. However, this unfortunate line of storms led a group of us interns and full time BKC employees to retreating into one of the many small restaurants lining South Beach. The full timers brought us to Park Central Cafe, a modern restaurant and bar with a menu complete with sandwich, pizza, salad, seafood, meat, and pasta dishes. My friend Kate ordered a grilled vegetable panini with eggplant, zucchini, and tomatoes which came with a side of sweet potato fries (which of course I helped myself to).

The menu item that immediately caught my eye was the Niçoise salad. Previously I had only ever had Niçoise salads at the Nordstorm cafe, where a grilled fillet of salmon is served in the dish instead of seared ahi tuna. The salad I had at Park Central was more traditional and included a spring mix, hard boiled egg, tomatoes, green beans, Niçoise olives, potatoes, anchovies, and of course the tuna. The meal was so fresh and filling, I’ll admit that I scraped my plate completely clean despite the generous portion size (in my defense this 4pm meal was my first of the day). The dressing was light and complimented the salty olives and anchovies, mild tuna,and crunch of the fresh green beans and tomatoes. After being entirely pleased with the salad, I would only make two small suggestions. The first would be to cut the egg into quarters instead of slices, as the slices were a bit thin for me and fell apart too easily. Additionally, the tuna was not sliced entirely through and therefore it was still partially in filet form. This made it slightly difficult to pull apart/cut and was not quite aesthetically pleasing. Thus, I would suggest either to serving the fish entirely in filet form or fully sliced. 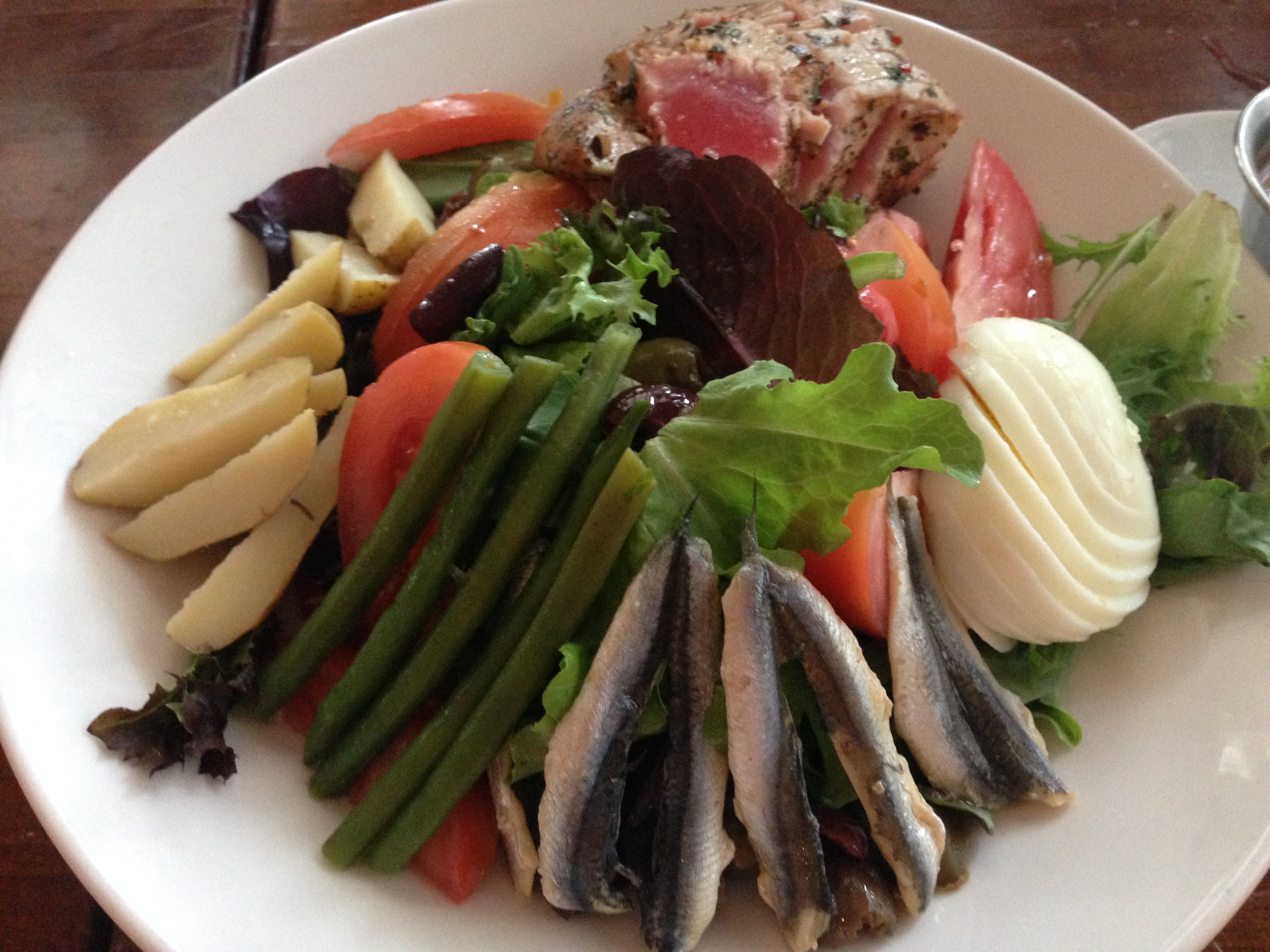 Below is an old picture of the Salmon Salad Niçoise from the Nordstrom Cafe. What I prefer about this salad is the cherry tomatoes (they are slightly sweeter and bite-sized), seasoned and fried potatoes, abundance of onion (to add a nice bite), and the herb pesto atop the salmon. The most significant difference between the two dishes is probably that the first is more of a “fresh and pure” version while the second is more heavily seasoned with herb butter and salt. 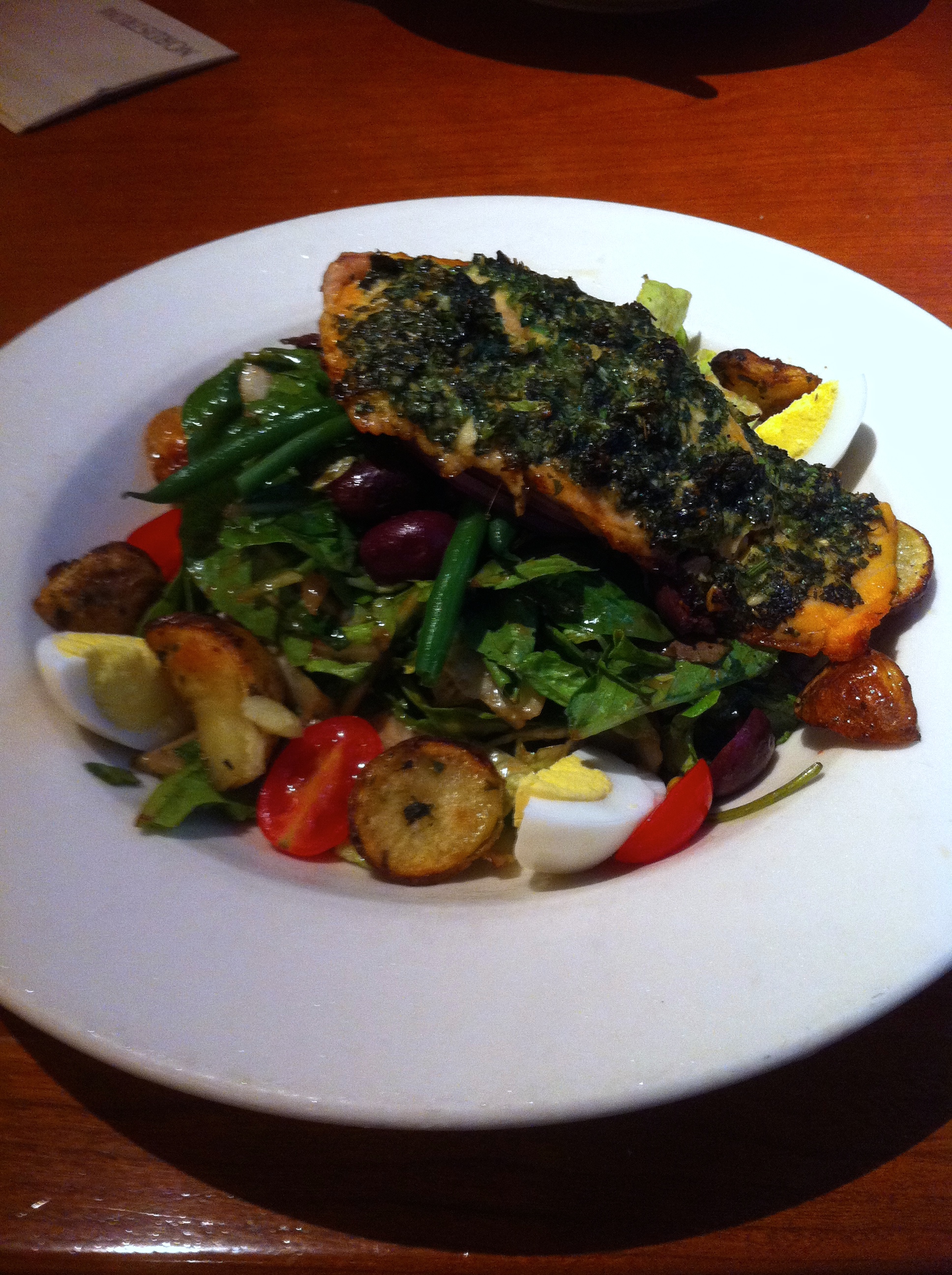 The Niçoise Salad today definitely motivated me to ensure that I make a trip to a Nordstrom Cafe before going back to South Bend for school. This dish is likely my favorite salad dish, making me slightly hesitant to attempt to recreate it at home. I’m sure that I can make a close imitation, but some dishes are best enjoyed when they are done perfectly and with all the authentic ingredients.