Whenever there are over-ripe blackish bananas, I get very excited because it’s time for banana bread!

This recipe for “Mini Whole Grain Banana Loaves” that I tried today comes from Yes to Yum. 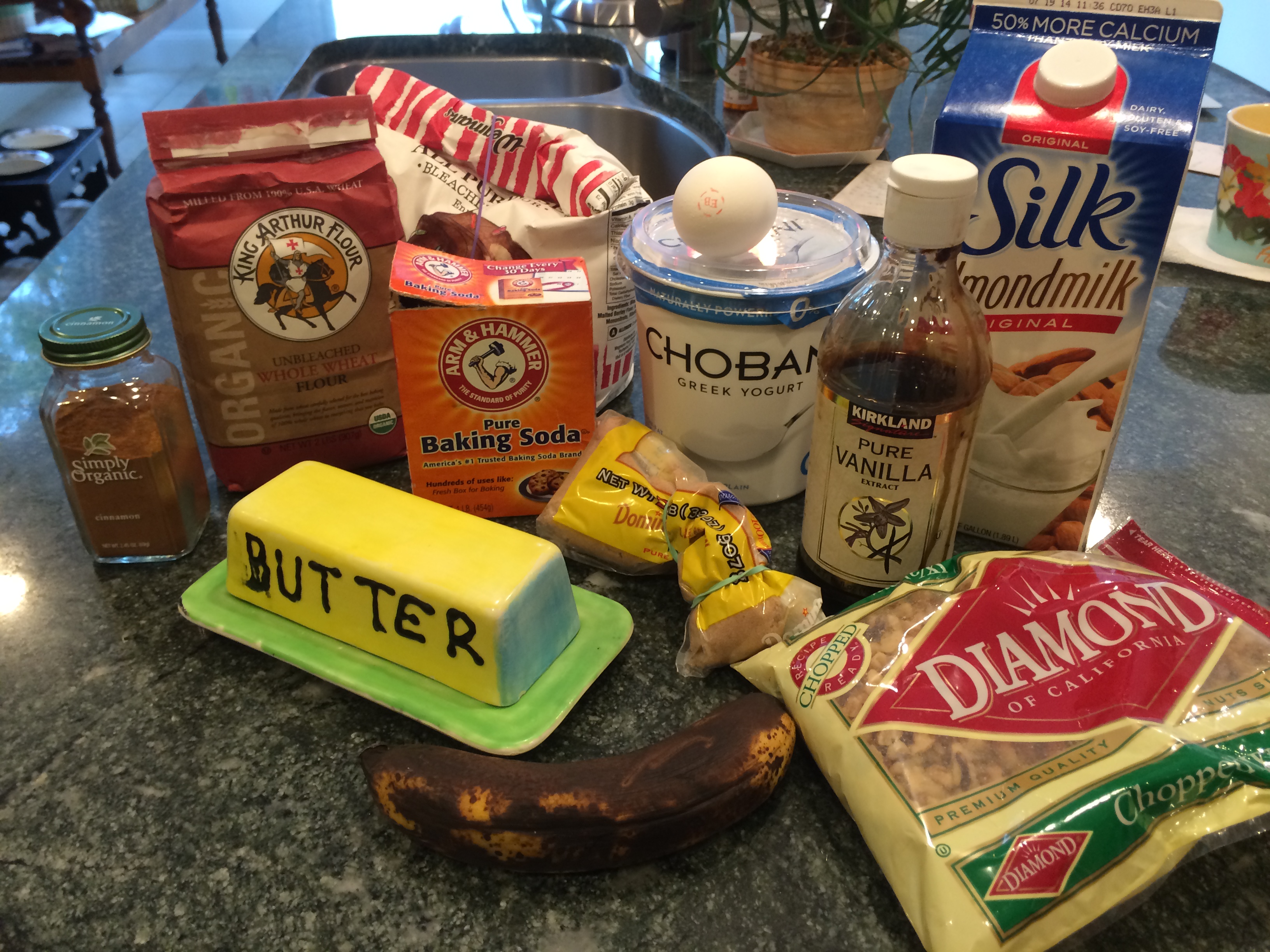 1 ripe banana (and mine was VERY ripe)

*the original recipe also called for 1 tsp. of flax seeds, but I didn’t feel like going to the back refrigerator to get them (still on crutches today)

Also, I hope you noticed the bright yellow, blue and green butter tray made by Christine many years ago . . .

I also threw in two handfuls of chopped walnuts for something extra in the mix.

Everything gets mixed, mashed, and stirred together, and then baked in two mini-loaf pans at 350 degrees F for 18-22 minutes.  I think I baked mine for 21 minutes, until a skewer came out clean. 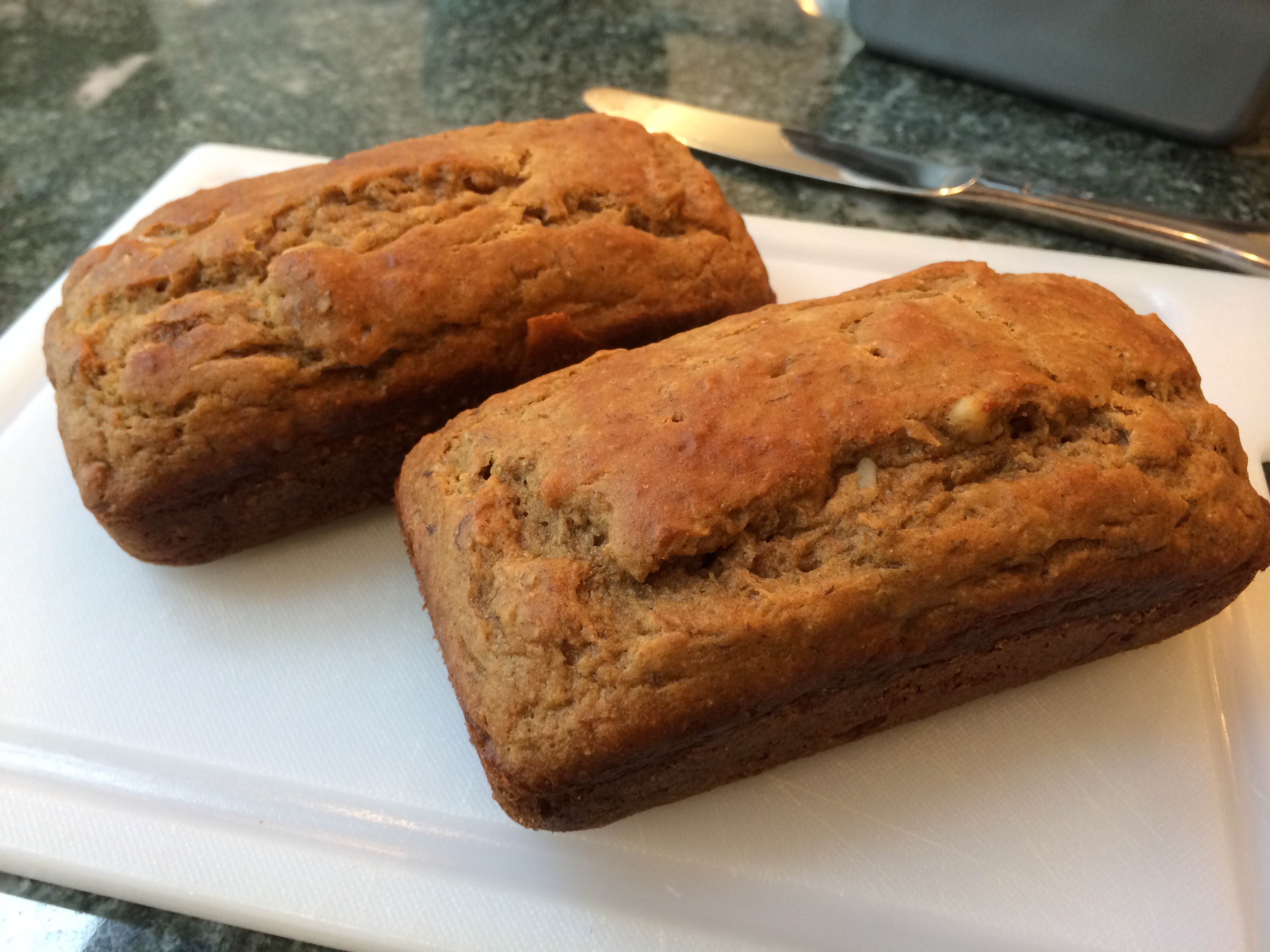 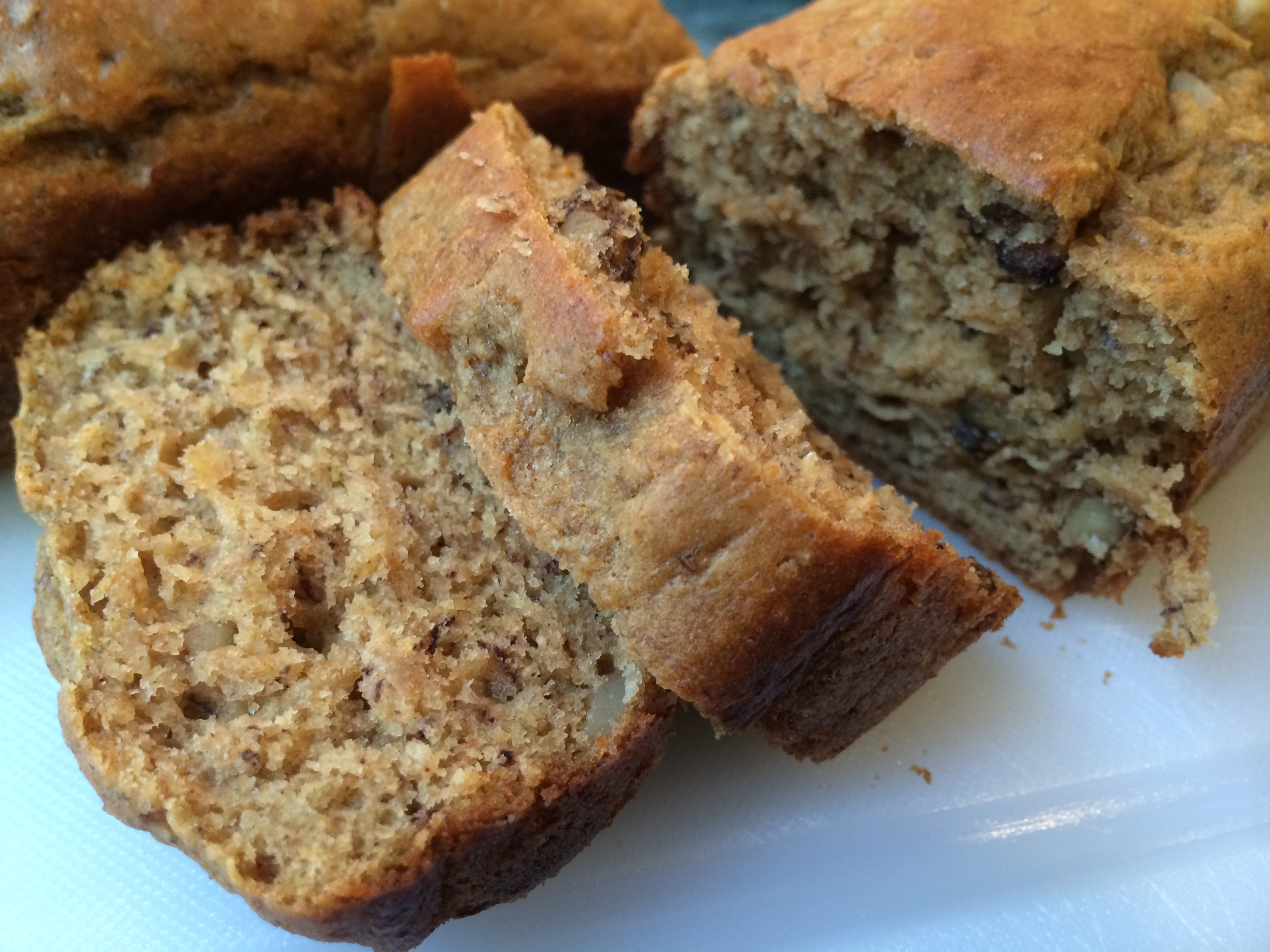 Texture – soft and moist, however I think I could have baked it a little bit longer to get even more of a nice crunch on the top of the loaf

Taste – not too sweet (good thing), good banana flavor, but I actually think it could use a little bit more banana in the mix to really bring out the flavor

I think this recipe could use some salt.  I did put a pinch in, and I also used salted butter, but I still think a little bit more would have strengthened the flavors even more.  I also think you could add more cinnamon to this recipe, but that’s just me.

Overall, it was a solid recipe.  I especially liked how it is the perfect amount for two small loaves, which is much more manageable than one huge loaf AND you don’t have to wait an hour for it to bake. I will definitely try this one again, as I really liked how it used Greek yogurt and milk instead of a lot of butter and oil, as well as whole wheat flour instead of just all-purpose.  With a few tweaks, I think this is a winner.