Today’s feature is Mabo Tofu.  Originally a Chinese dish, the Japanese also adopted it and eventually gave it their own modified version.  In college for my Japanese class we had to split up into groups to make a Japanese dish.  Surprisingly, my group chose mabo tofu, and the professor approved it since it exists in Japanese culture and cuisine today.  However, the girl in charge of chopping garlic misread the instructions and instead of putting 1 clove of garlic put an entire head of garlic in the dish.  I’m all for garlic, but that was simply too much.

In any event, today my mom decided we would use the prepared sauce instead of making it by scratch. 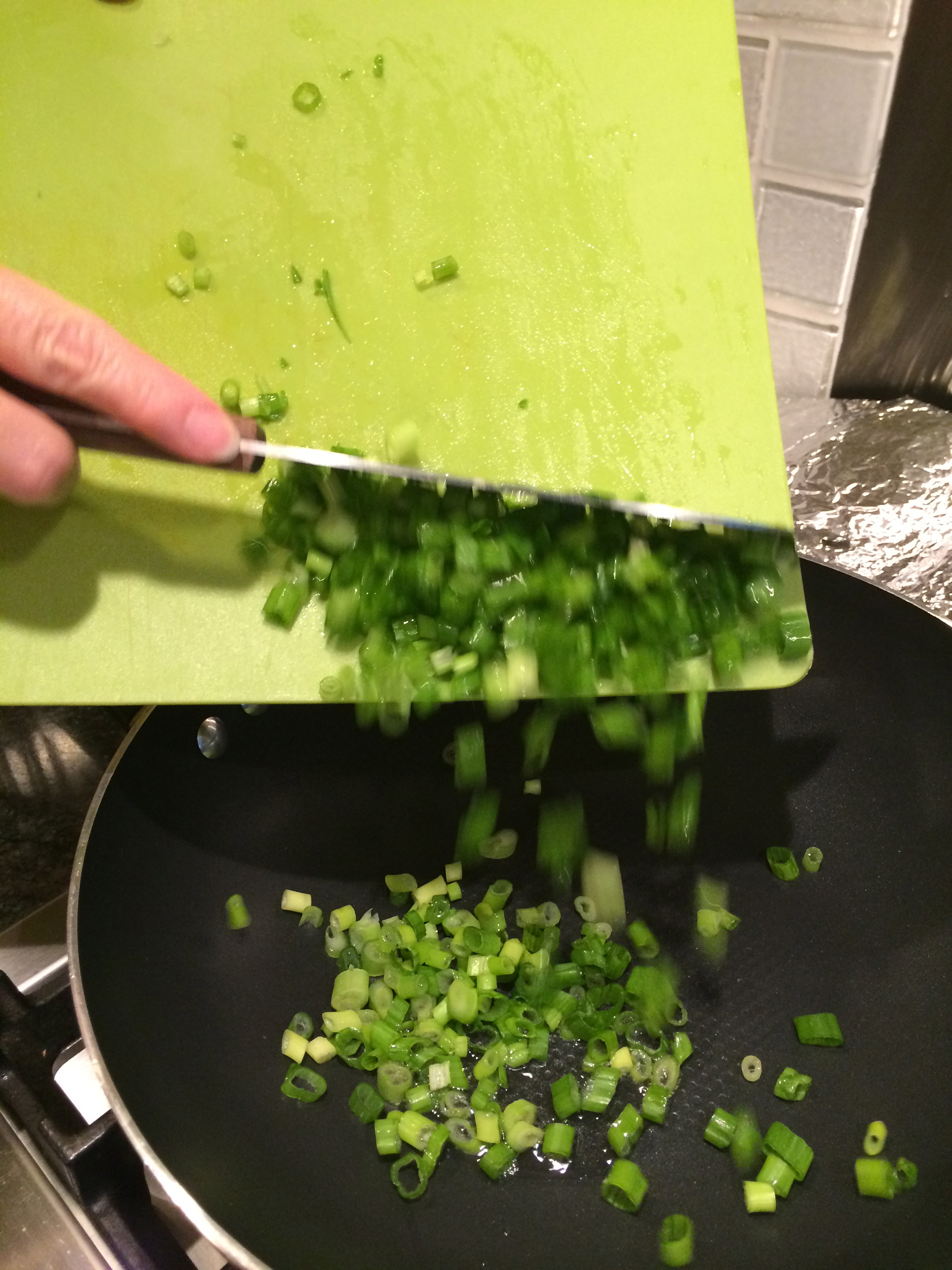 Then added the ground beef and broke it up. 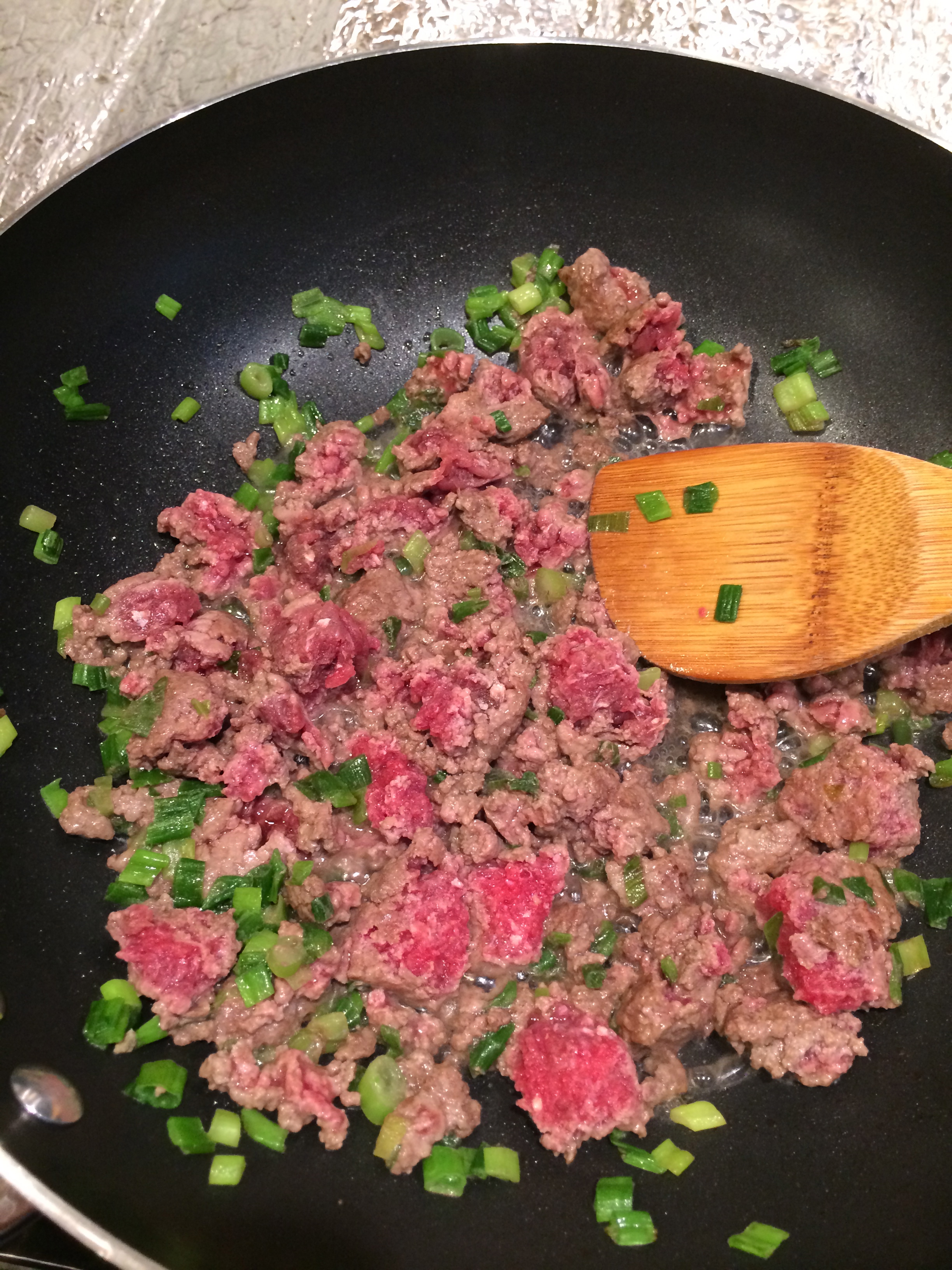 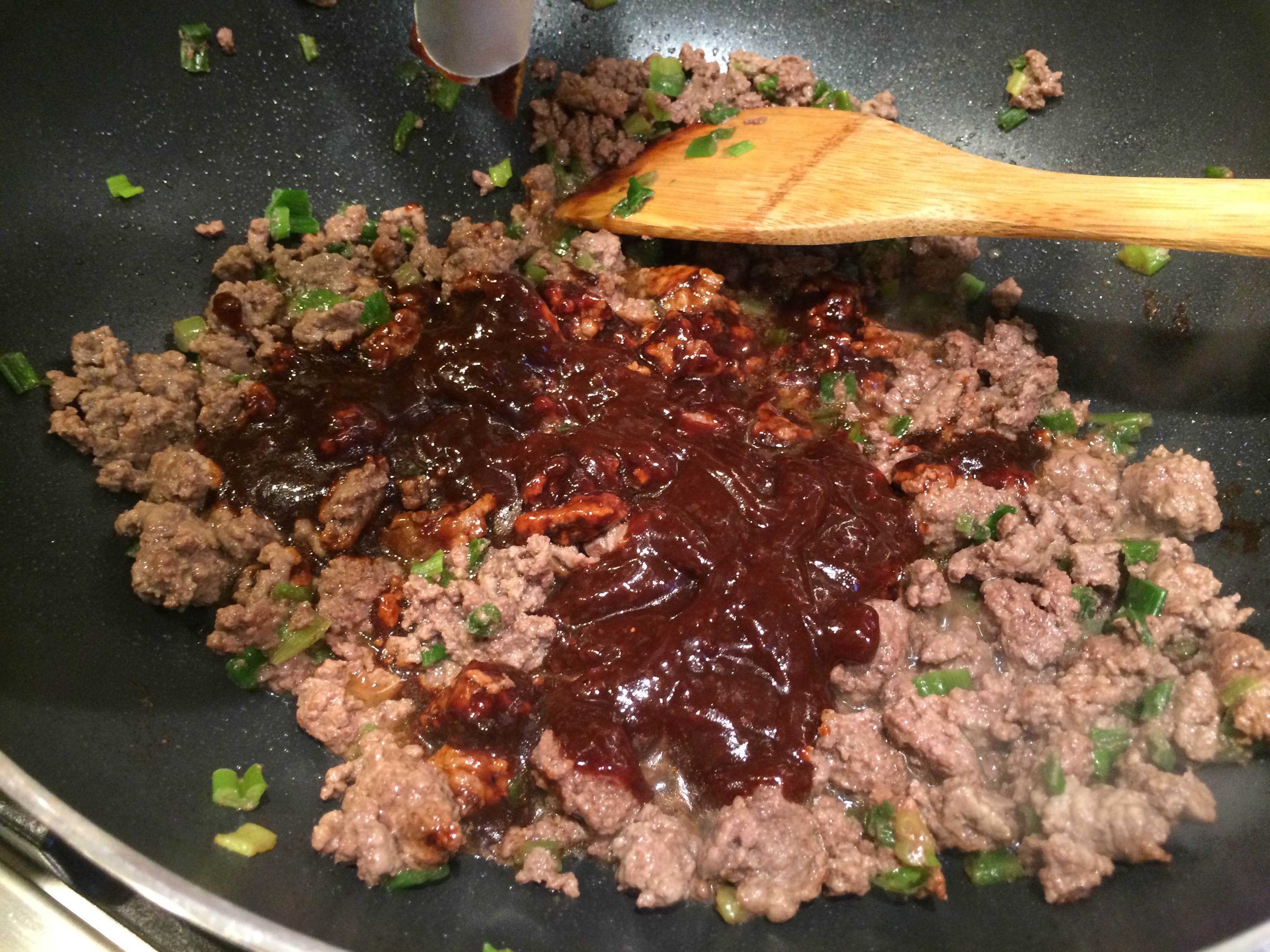 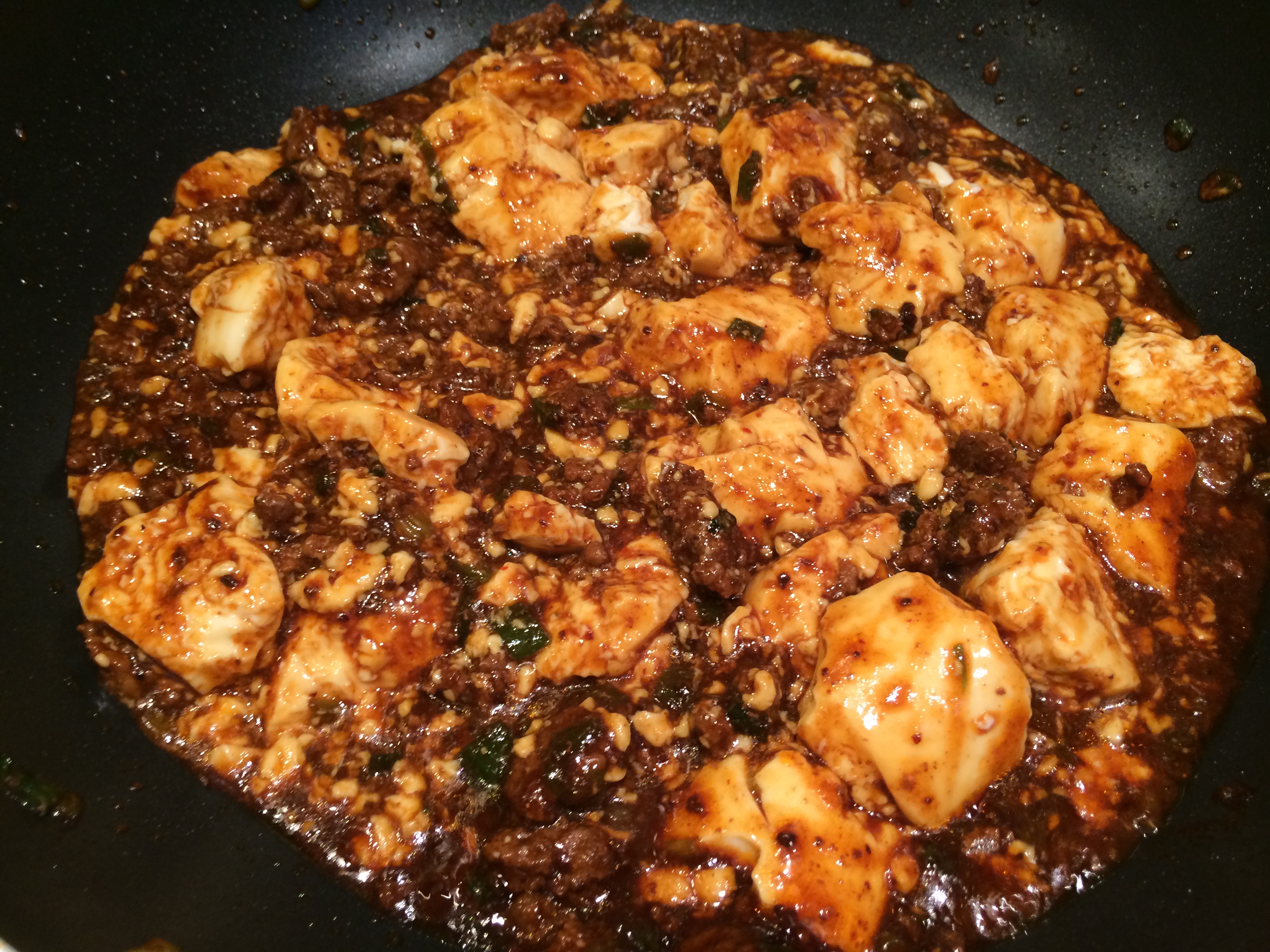 To serve, we topped the dish with some sliced fresh chives from our herb garden. 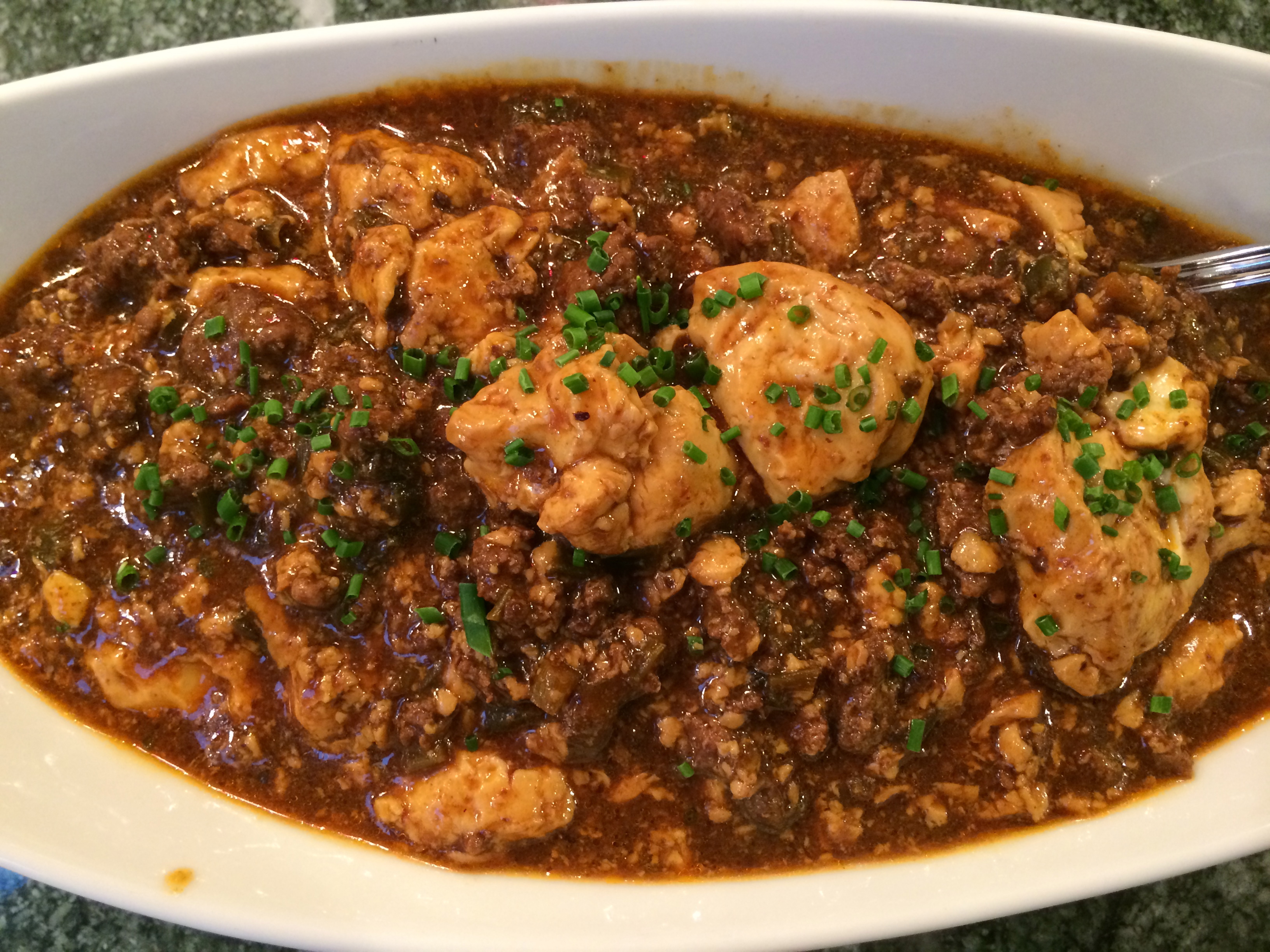 Served on top of a bowl of fresh rice, this is a very warm and comforting dish.  And it was so easy to make.  Usually I would imagine eating this on a cold winter’s night, but it was still just as good on this summer day.