I won’t lie, I anxiously hoped for an owl-delivered scroll of parchment proclaiming my acceptance to Hogwarts when I was 11. As Harry Potter book and movie fans alike can appreciate, J.K. Rowling manages to incorporate magic into the most basic and fundamental parts of everyday life in her books. The food is no exception. From self-peeling potatoes in Molly Weasley’s kitchen, to a magically refilling plate of sandwiches in Professor McGonagall’s office, and the bustling Hogwarts kitchen staffed by house elves sending up food to the Great Hall, no element of dining is left unturned in the Magical World. 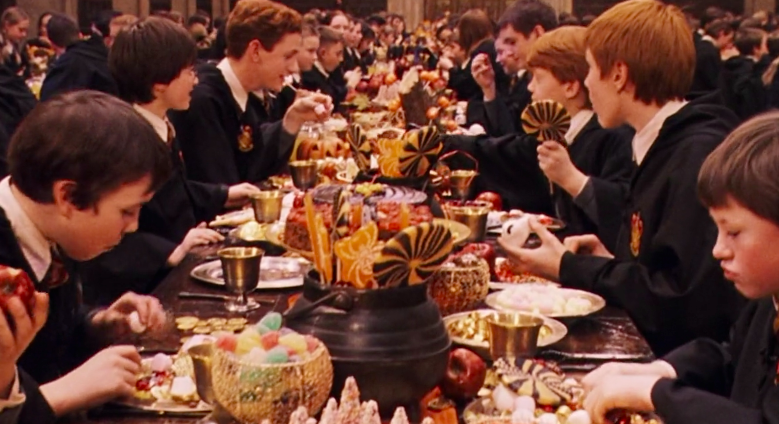 While a large spread of dishes is common for the feasts at Hogwarts, including the start and end of term, Halloween, and Christmas, typical dinners at school consist of meals with a central, or main dish. One such example, described in the Harry Potter and the Chamber of Secrets, is the traditional English shepherd’s pie. In the book, Harry poked half-heartedly at his shepherd’s pie, dreading the detention he would have to do with Professor Lockhart. Although I imagine that each House table would have been laden with large dishes of shepherd’s pie that were passed around and doled out on to the individual’s plate, I made my take on the meal by baking individual servings.

I’ve adapted my recipe from several different sources which I will include at the bottom along with the recipe. 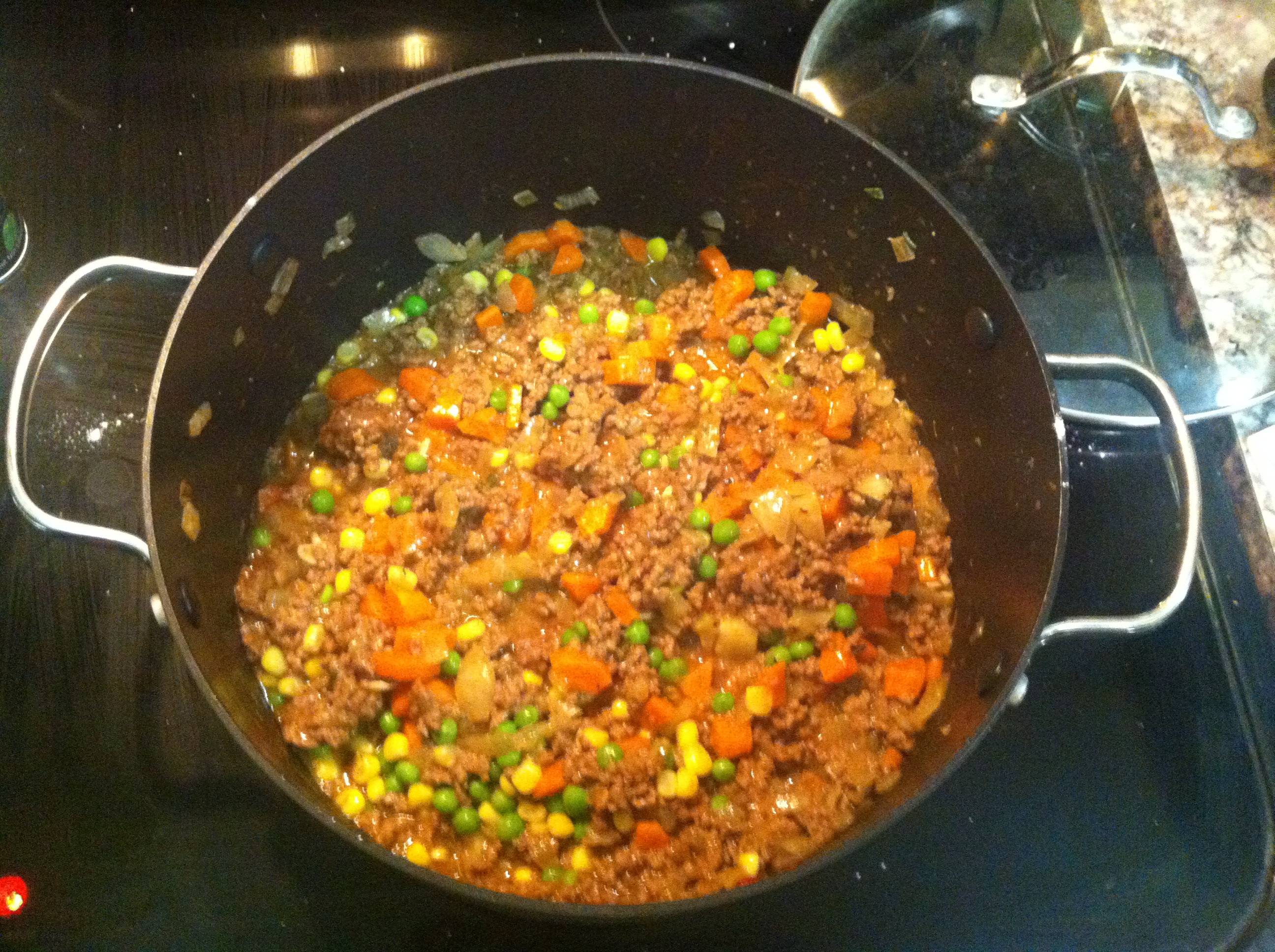 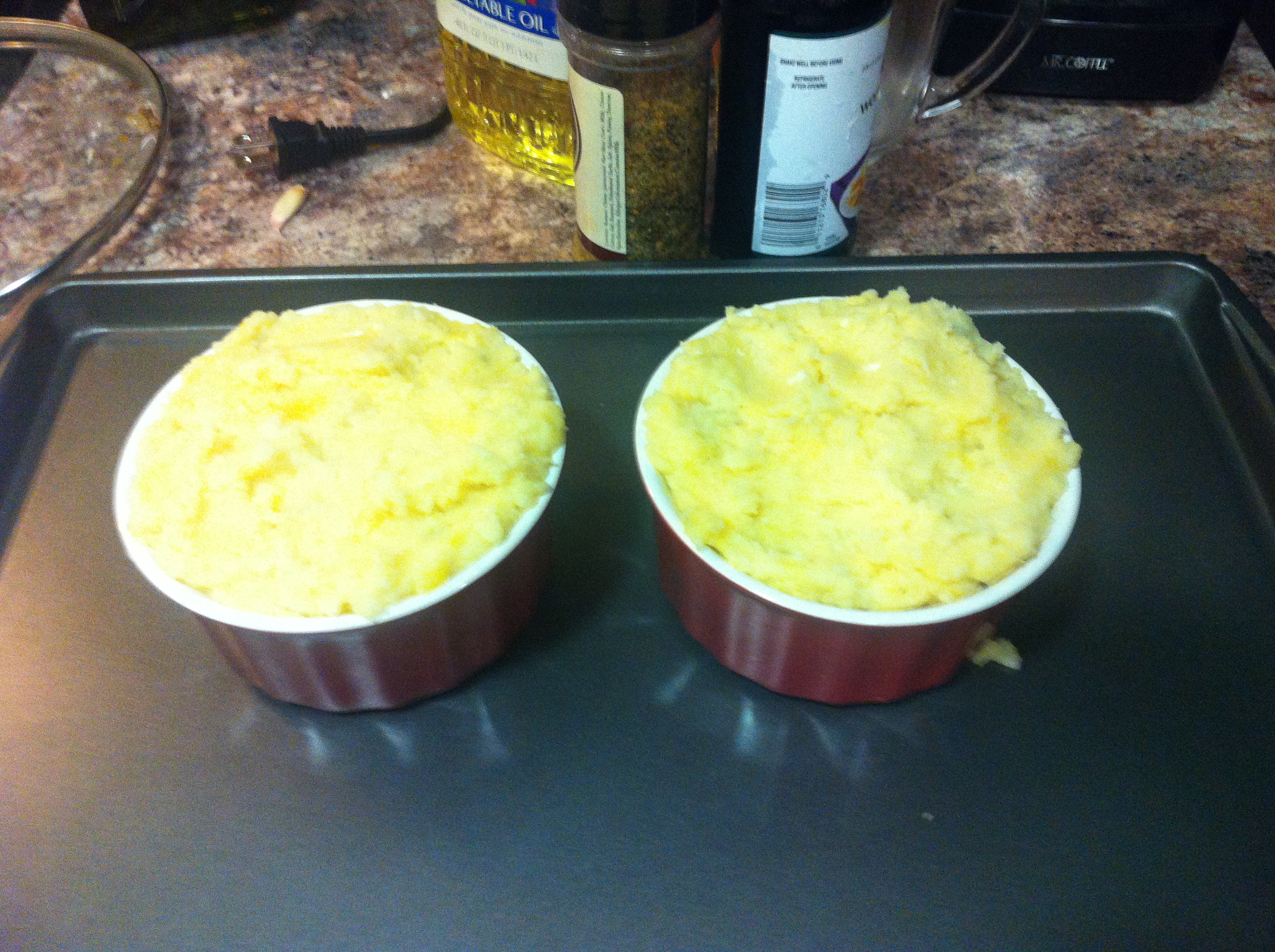 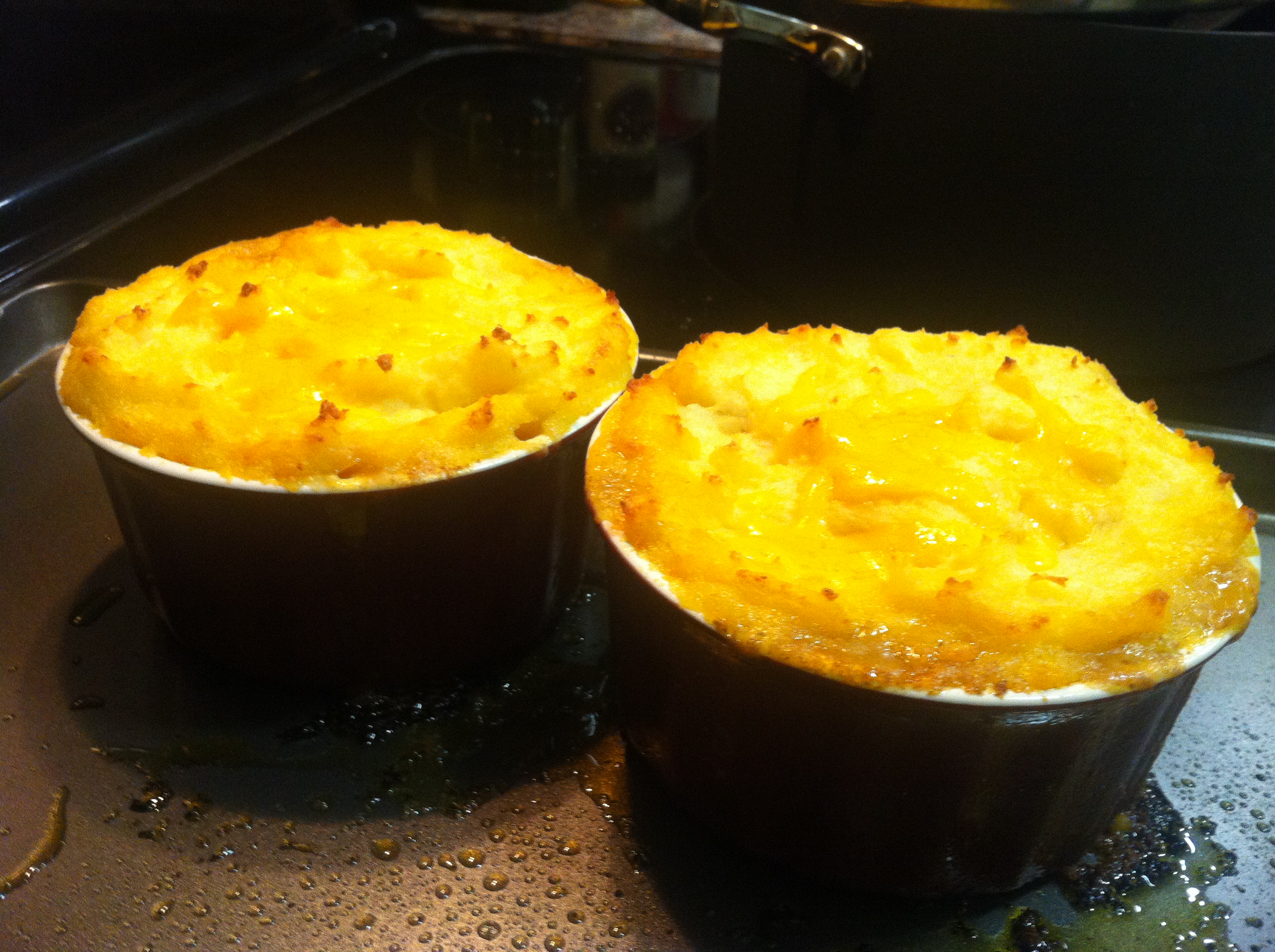 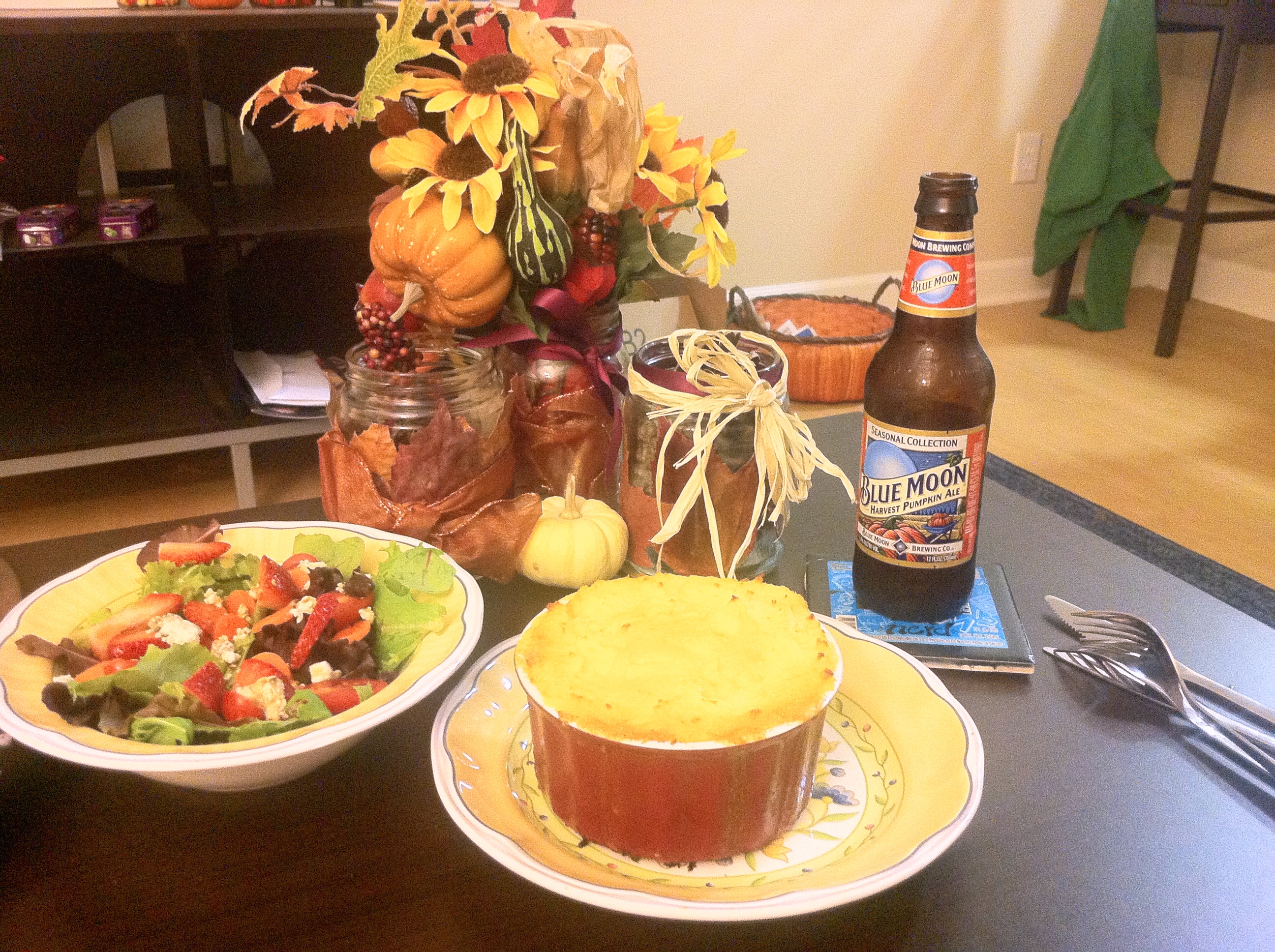 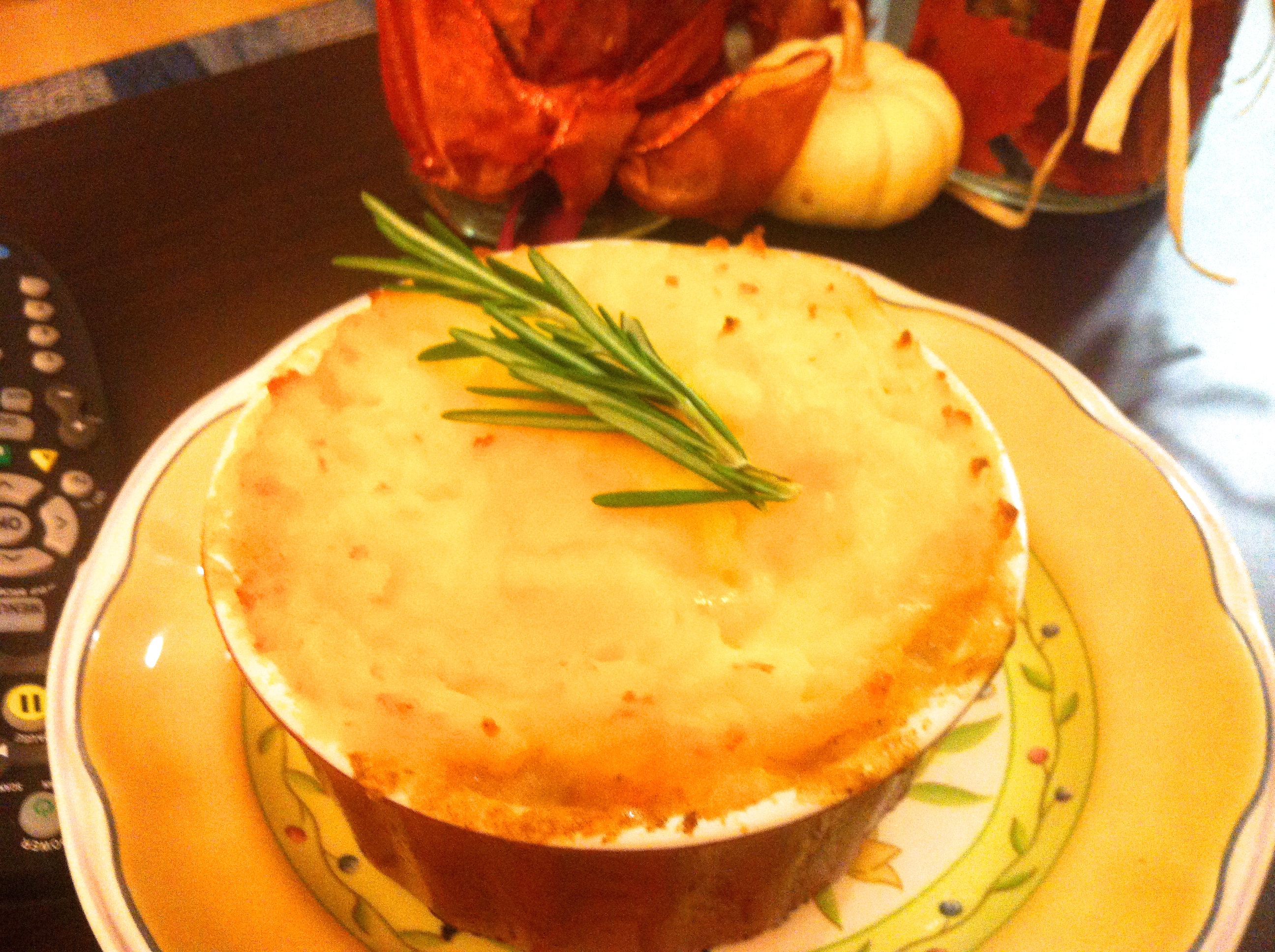 Mmmm, the sight and smell of the pies nearly made me forget to take the final picture. Magically baked or not, this piping hot shepherd’s pie would have definitely taken my mind off of any detention.

*Note- I eyeballed the ratio of ingredients in the potatoes and adjusted to taste.