My eating experience got off to a very good start in Belgium.  After leaving Paris, we drove to the Westvleteren Brewery.  It was founded in 1838 at the Trappist Abbey of Saint Sixtus.  They make three beers, one of which in particular has been acclaimed as the best beer in the world many times. 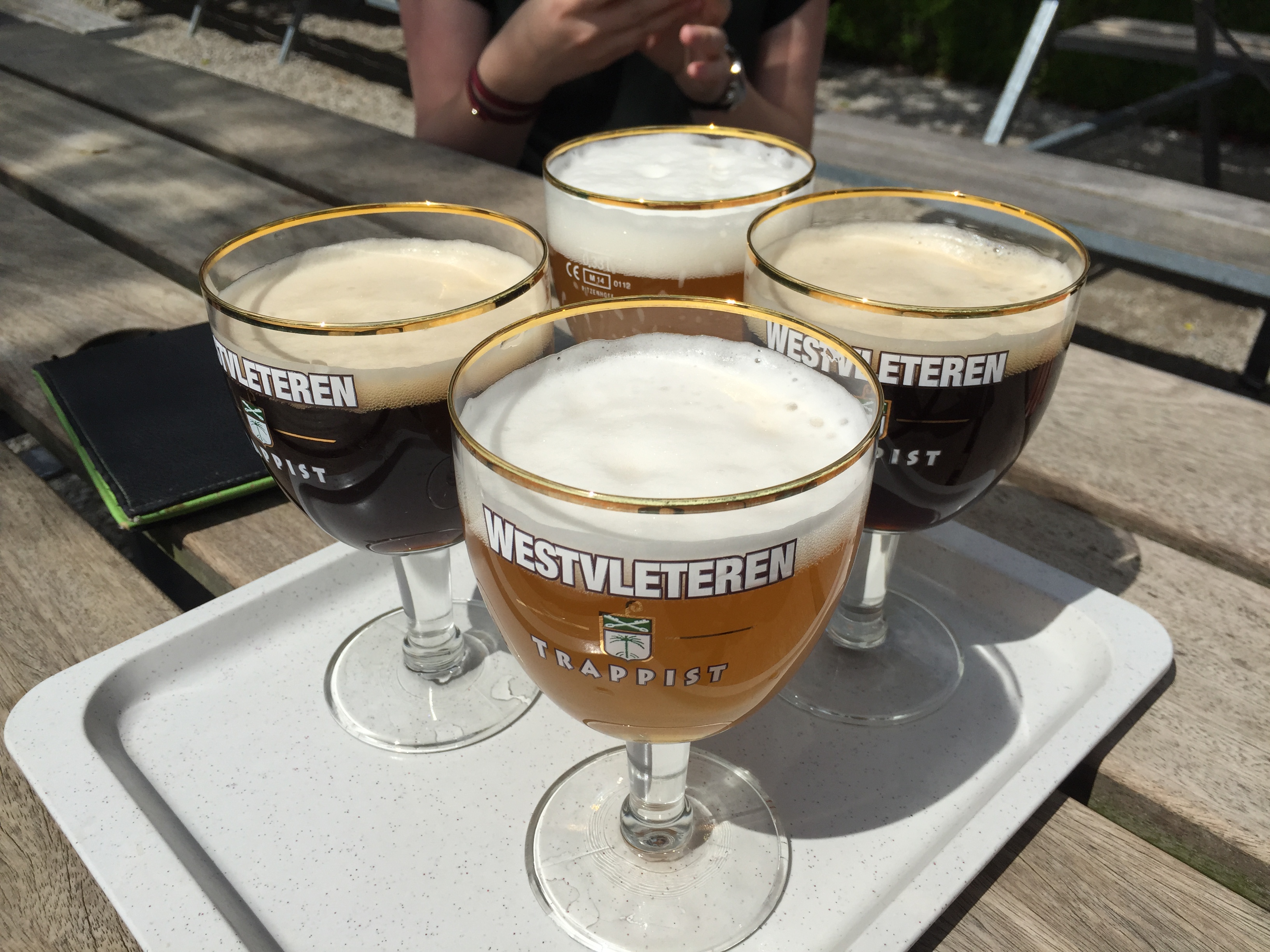 I quite agree.  We tried the blonde and the dark, and they were definitely my favorite beers of the whole trip.  Also, I should note, you can only buy this beer at the Abbey, and if you want to take some home with you, there is a whole process involving calling ahead, giving your license plate number, and showing up with the correct car.

We also had some lunch at the bar – a croque monsieur with a lovely salad.  I’d never had ketchup with a ham and cheese sandwich, but I actually quite liked it.  Also, there were some herbs sprinkled inside the sandwich, which I will definitely try next time I make my own.  Plus more of my favorite cornichon pickles! 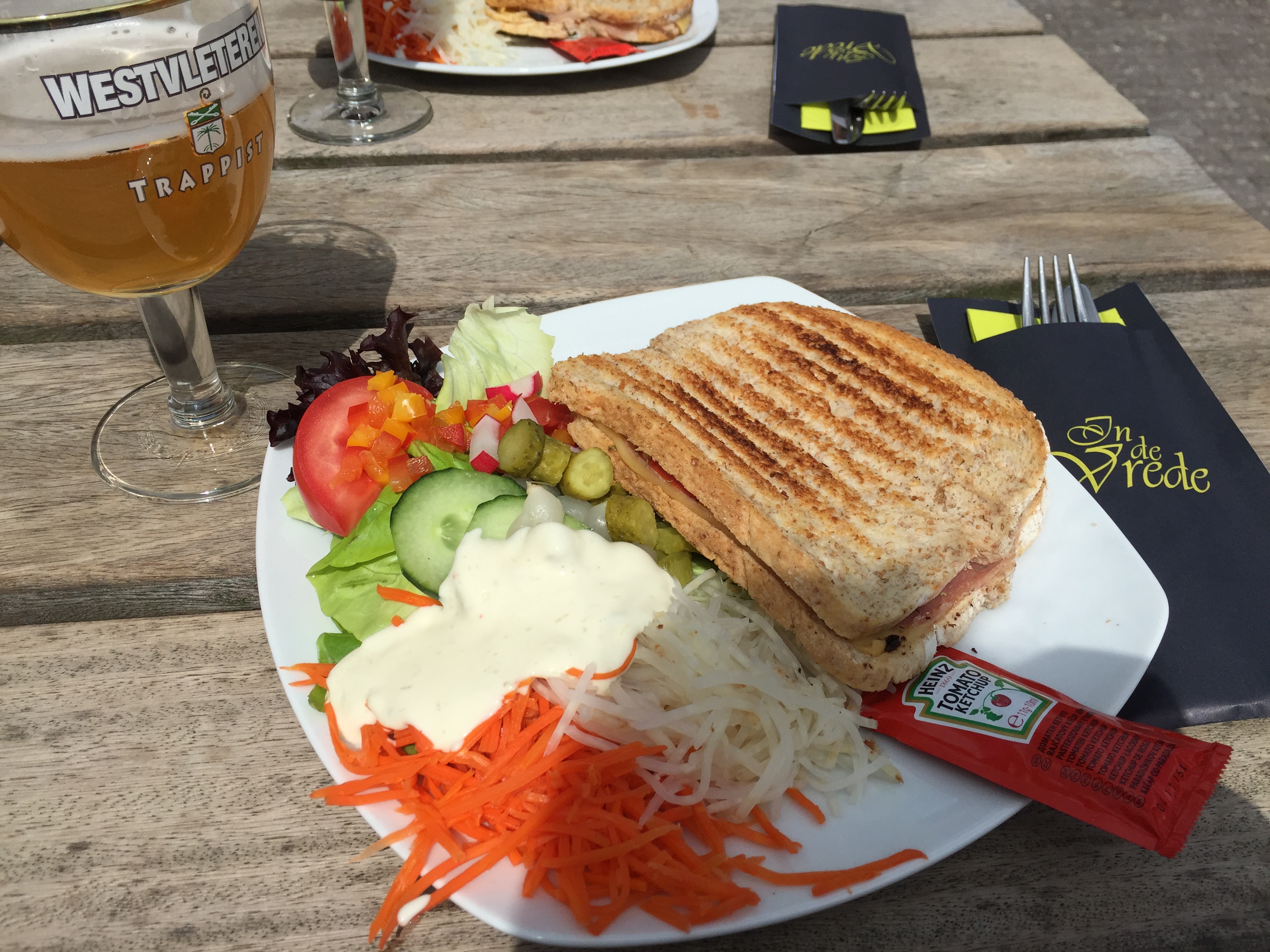 Our next stop was Ieper.  In WWI, Ieper was a major location of trench warfare between the Germans and the Allied forces.  Ieper was one of the first places where chemical warfare was used.  Every night since 1928 at 8:00, there is the “Last Post” where there is a final salute to the fallen of WWI.  Held in the huge monument inscribed with the names of the fallen, it was a very moving ceremony, even though it relates back to a time so long ago.

Since we were staying a bit late in Ieper, we decided we should have a snack.  And so I give you – my first REAL BELGIAN WAFFLE. 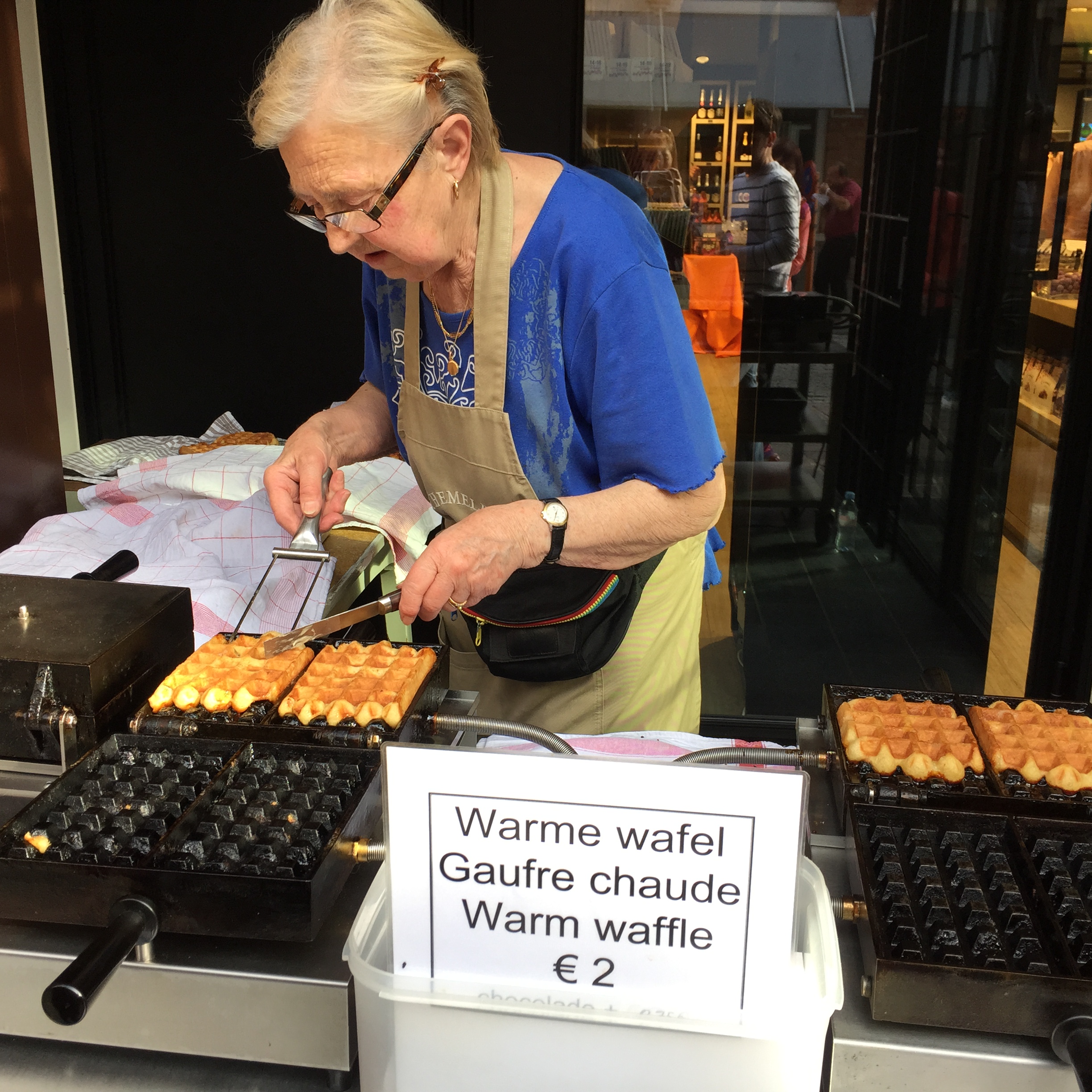 This was unlike any waffle I have ever had before.  First, the pre-cooked dough was more sticky and firm like cinnamon-roll dough than the usual batter-like waffle mix of the States.  The finally product was literally to die for.  The edges were crunchy and caramelized, but the inside was soft, fluffy, and melted in your mouth.  On top, we had a drizzle of Caillebotte chocolate, which apparently is supposed to be the best. 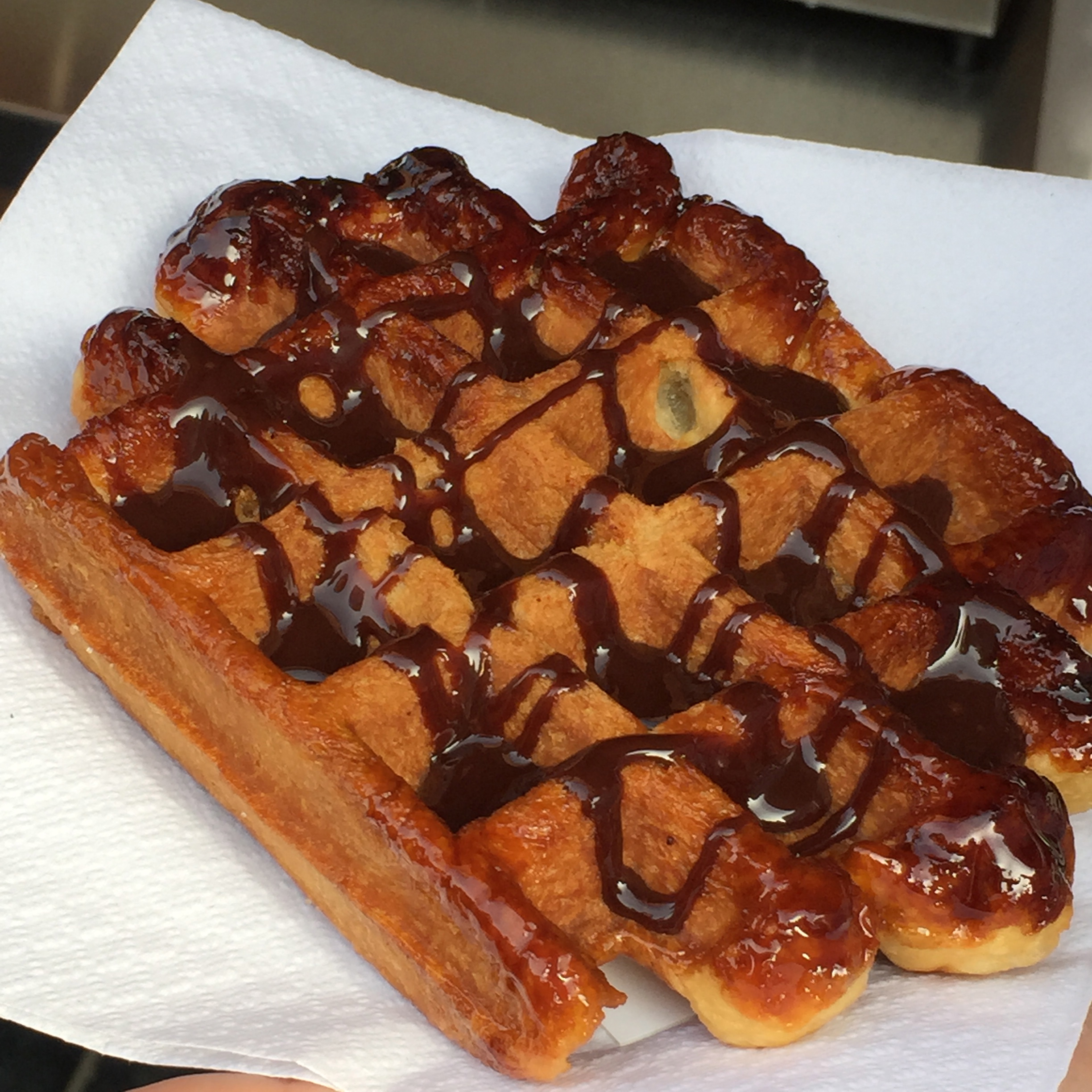 Sorry American “Belgian” waffles, but you are serious impostors and you just cannot compare to this glorious sugar treat.

It may not have been fair to the rest of Belgium to start off with such good beer and food, but then again it was an amazing culinary welcome to a new country.  If you can’t already tell, I LOVE Belgium!

« Return to Paris – the essentials and some new great finds
Belgian Fries, Beer & Waffles in Brussels »