As I sit here writing this post, I know that Hunger Games fans across the country are lining up at movie theaters to view the premier of the third movie in the series, Mockingjay Part 1. I however, will not actually be seeing the movie until I go home for Thanksgiving Break, at which point I plan to see it with the entire family. Nonetheless, I have still found my own way to celebrate the premier by taking inspiration from a scene in the first film, and channeling it into a recipe. 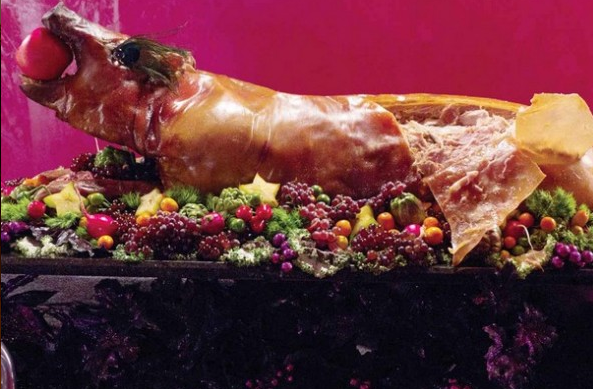 My inspiration came from the scene in the first Hunger Games movie where Katniss, infuriated by the unengaged tribute training judges, shoots an arrow through an apple in the mouth of a roast pig that the judges are feasting on.  Taking advantage of the classic salty and sweet flavor combination often achieved through meats and fruits, I constructed an open faced sandwich with mustard, apples, ham, and of course melted brie. 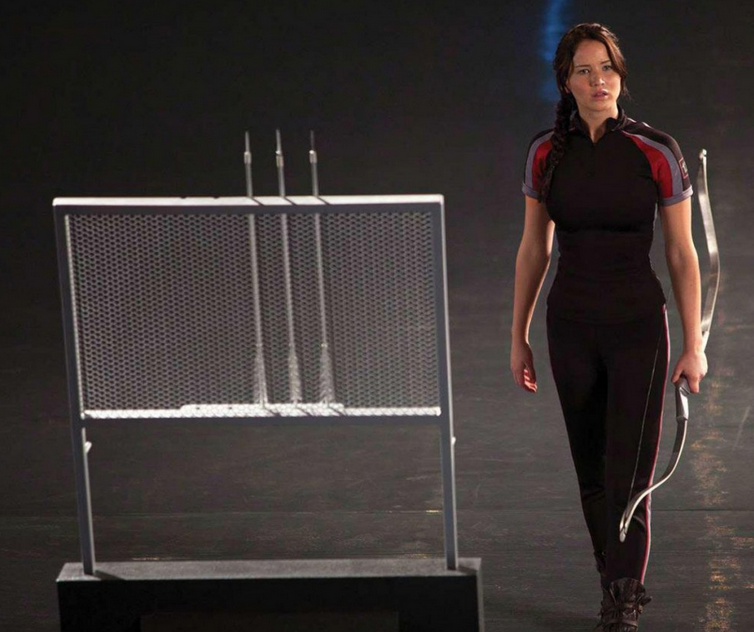 To soften up the apples a little bit, I sliced about half of a honeycrisp apple and browned the pieces with some butter and chopped thyme. I then layered these on top of toast that I spread with honey bourbon whole-grain mustard, creating a mixture of sweet and herby flavors. 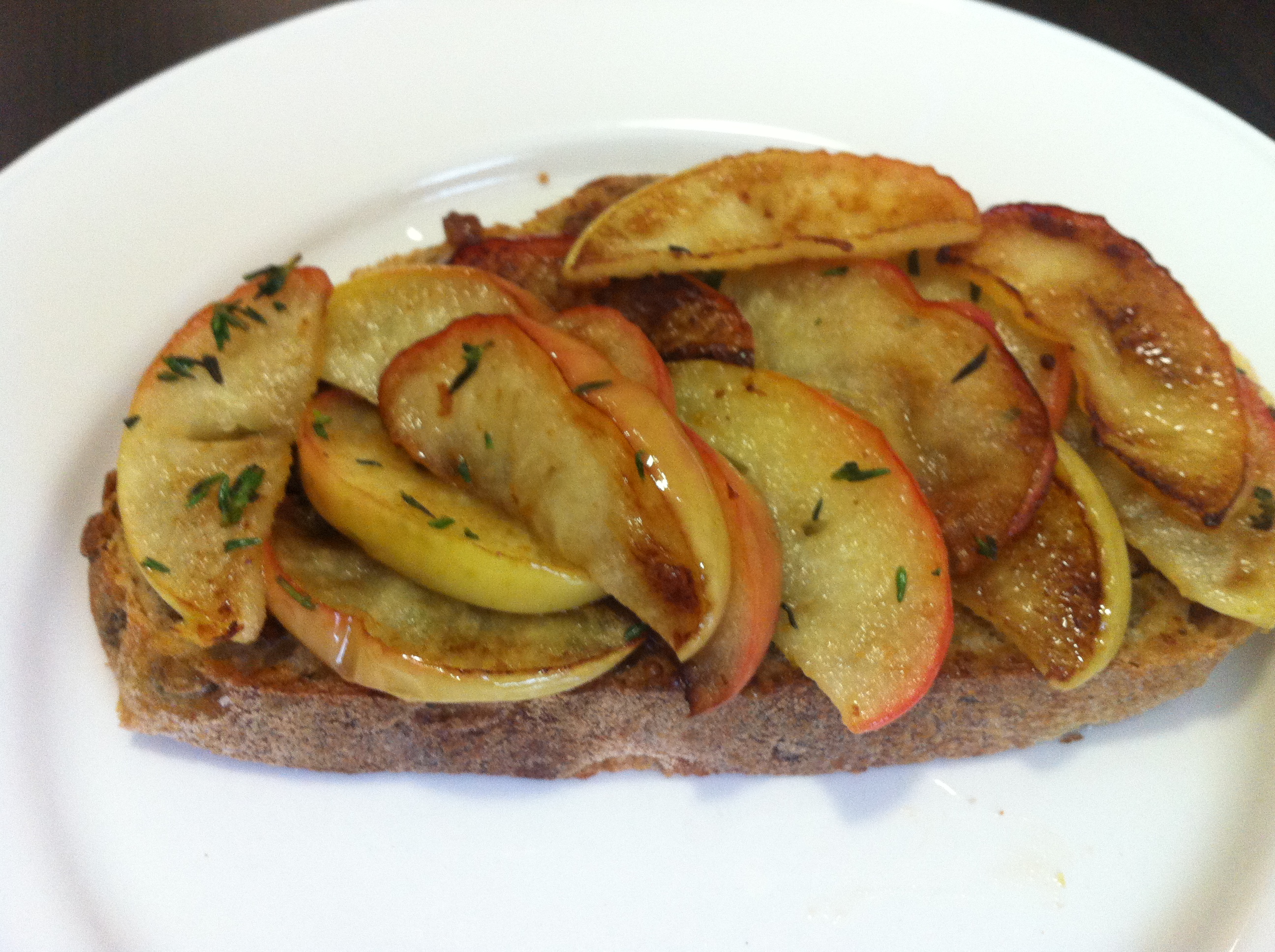 The apples were then topped with a layer of sliced ham (I used a slightly thicker honey ham), and brie. To melt the cheese and toast up the bread, I put the entire sandwich under the broiler for a few minutes, just to get the brie melted enough to evenly cover the ham. And because I had some leftovers, I served my sandwich with a side of roasted brussel sprouts and a drizzle of sriracha.

I am a firm believer that a good deal of the enjoyment of eating comes from the presentation of the food (which is why I am so skeptical of the pitch-dark restaurant concept). This is why my past two themed blog posts have been open-faced sandwiches/toast. It’s so important to be able to see all of the colors and texture to really appreciate and understand the different elements going into even a simple sandwich.