Exactly one year ago I was living in the heart of London, crossing Trafalgar Square on my way to class, living on the edge of South Bank, and of course soaking in as much of the culture as possible. Perhaps one of my favorite things I did during my stay was to enjoy a complete spread of English afternoon tea. I was fortunate enough to go to afternoon tea twice (once with my friends and once with my mom and sister), and was blown away by the extensive menu offerings. These included assorted finger sandwiches, pastries, desserts, and of course scones. However, I have never encountered an afternoon tea menu complete with toast and sardines, as described by Mr.Tumnus in The Chronicles of Narnia when the faun invites Lucy to tea with him. 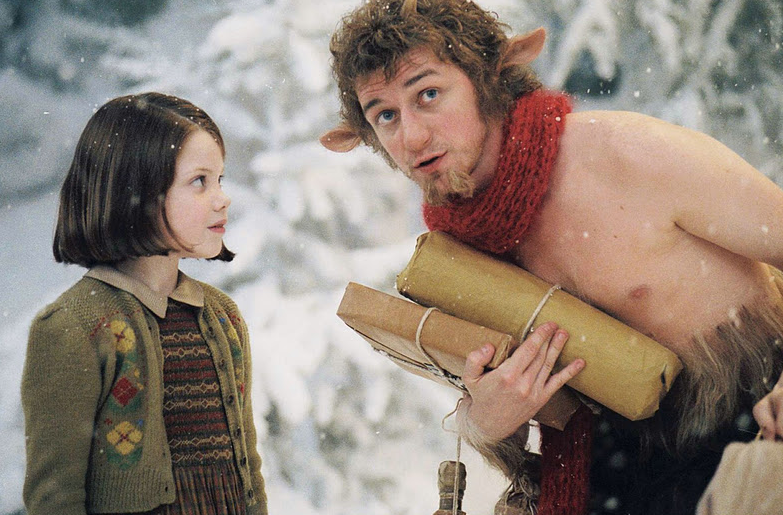 “Meanwhile,” said Mr. Tumnus, “it is Winter in Narnia, and has been for ever so long, and we shall both catch cold if we stand here talking in the snow. Daughter of Eve from the far land of Spare Oom where eternal summer reigns around the bright city of War Drobe, how would it be if you came and had tea with me?”

The Lion, The Witch and the Wardrobe, Chapter 2 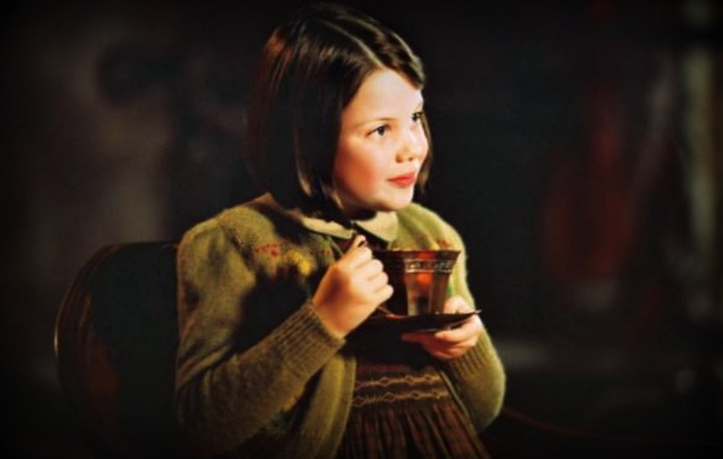 In the movie, Mr.Tumnus tells Lucy that they will eat toast and cakes, “and maybe…we’ll even break into the sardines”. I’m not quite sure how fauns like their sardines, but I imagine that had I been invited to tea, I would have eaten mine on top of my toast. 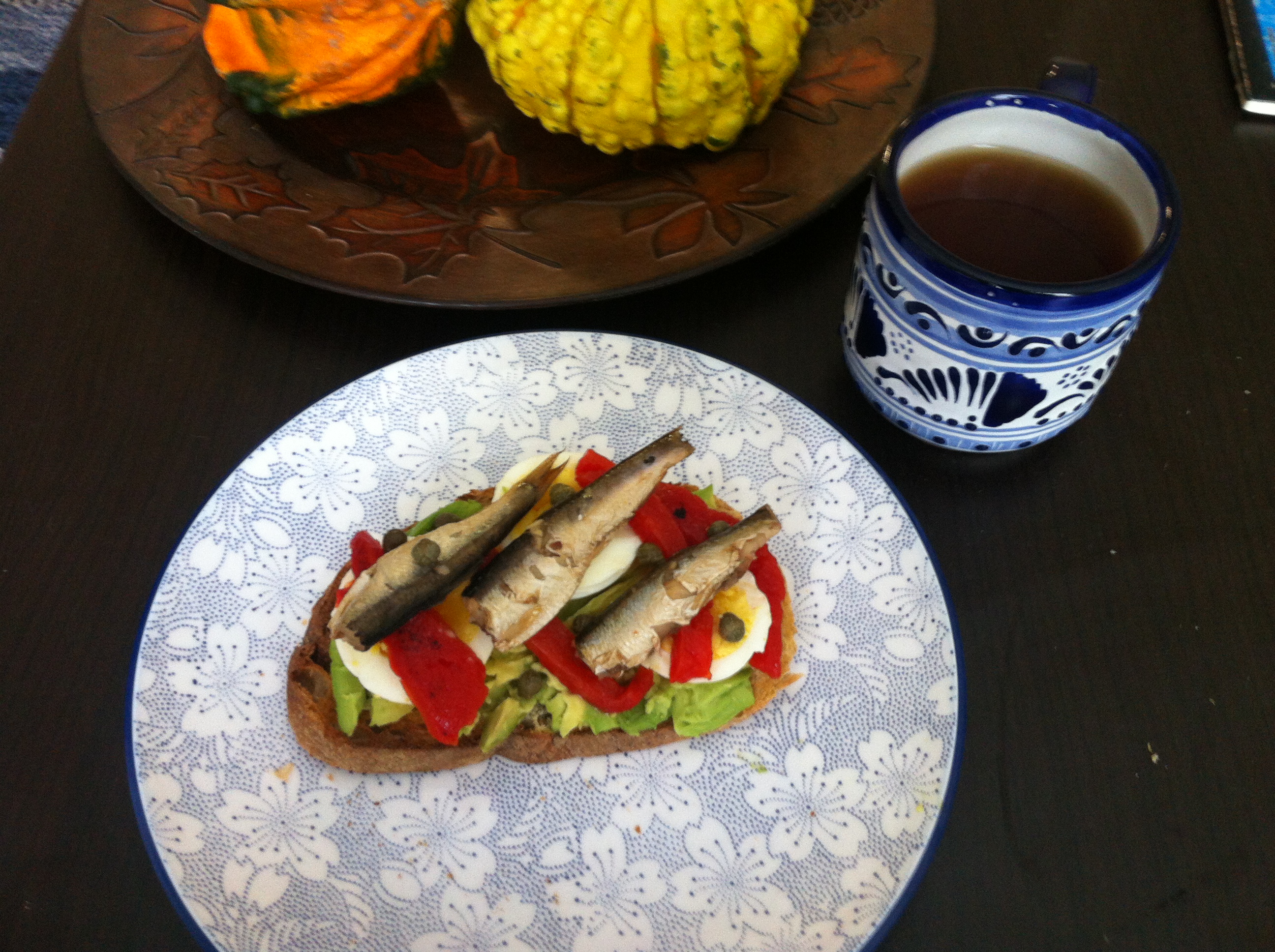 Which is exactly what I did this afternoon. I toasted a slice of good olive bread and topped it with slices of avocado that I pressed down into the bread lightly with the back of a fork. I then continued to layer on slices of hard boiled egg, roasted red pepper slices, capers, and finally the sardines. Before eating, I added a light drizzle of balsamic vinegar over the top. 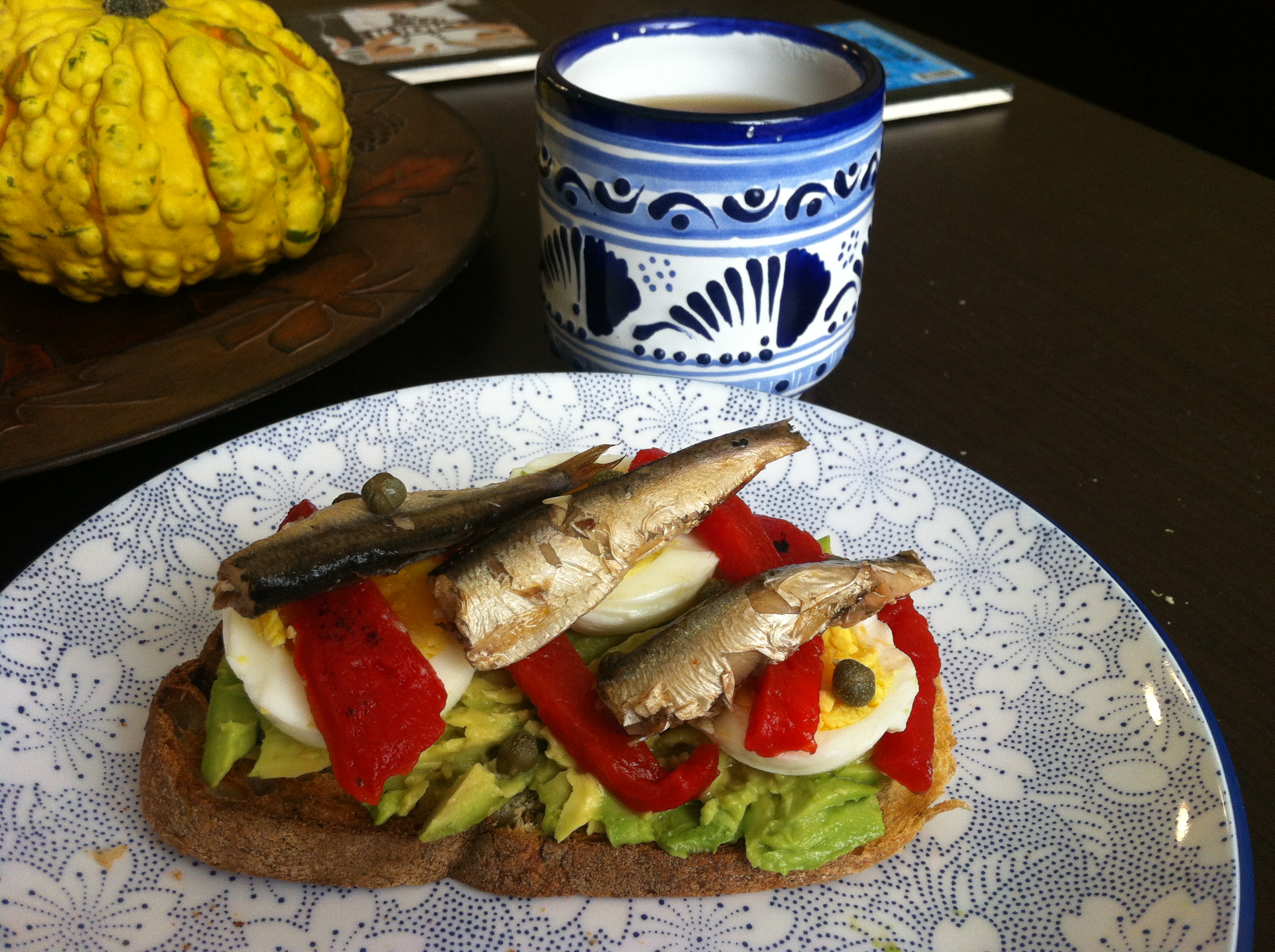 With a hot cup of tea on the side, this sardine toast was quite a filling meal, and packed with protein and healthy fats. The soft texture of the avocado and sardines complemented the crusty bread, while the red peppers added a bit of an acidic bite. If this is what Lucy had in mind when Mr.Tumnus suggested they break into the sardines, I can’t imagine that she would have turned it down.