Although eggs are typically considered the main event of a breakfast meal, this week I decided to make them the base of my dinner.  I made followed this recipe for a Spanish Frittata, and I was very pleased with the results.

This week’s recipe is based off this Spanish Frittata Recipe. The only thing was that I didn’t have any pesto on hand, and so I had to improvise with some foccaccia seasoning instead. 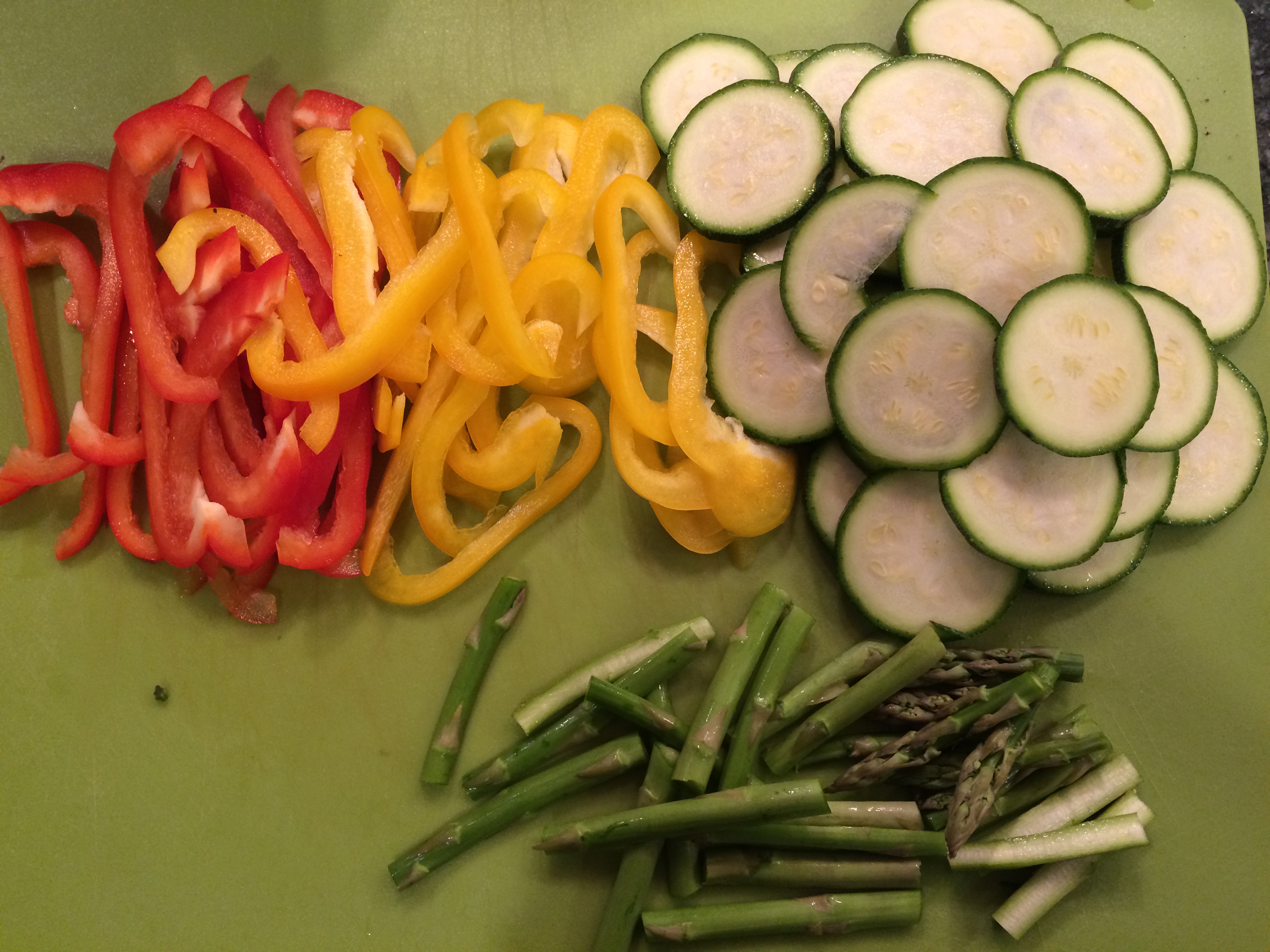 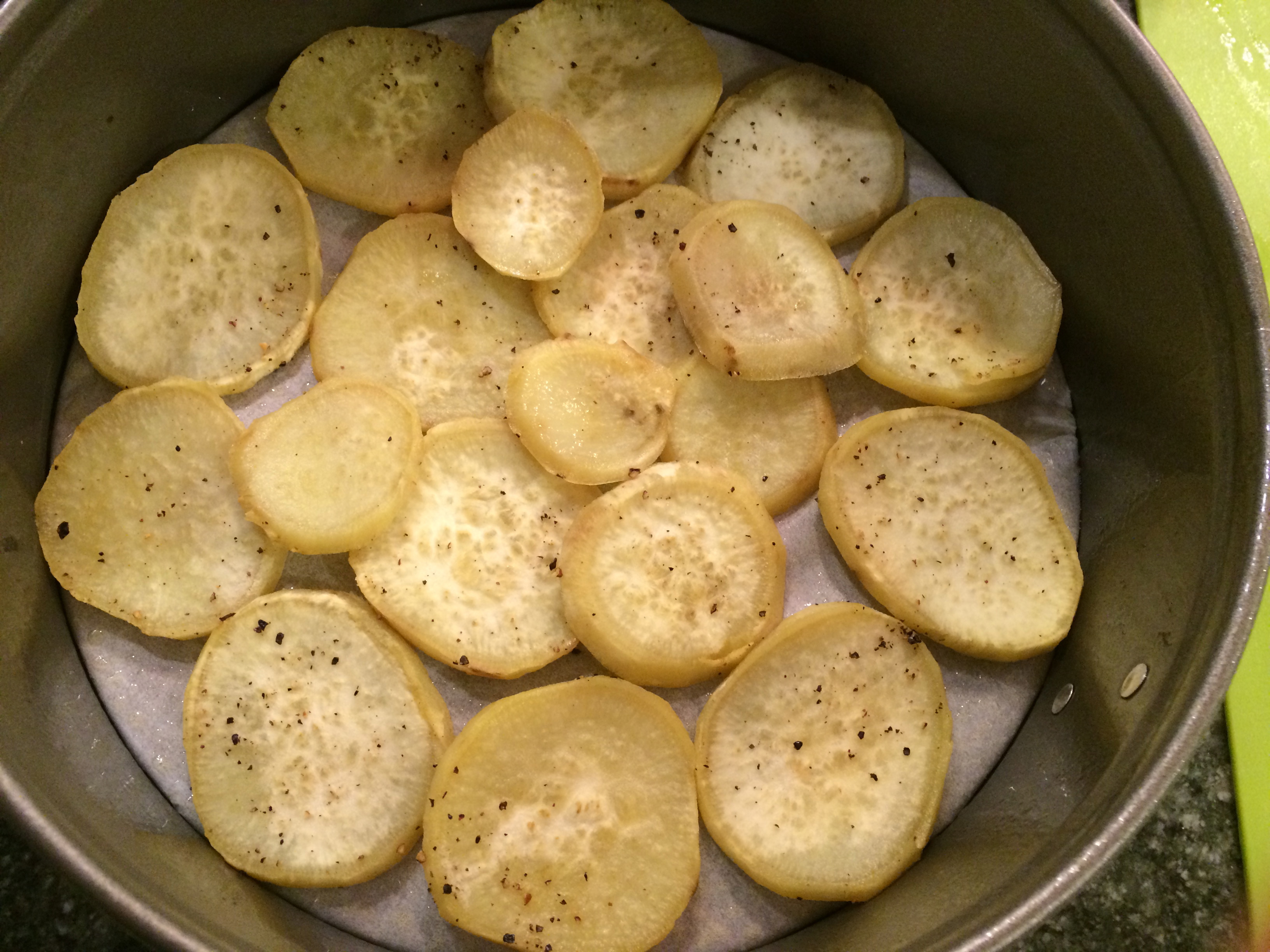 Yams? you ask.  Yes, these are yams.  Much to my surprise – when I went to go peeled the yams I had bought, I was astonished to find white flesh instead of orange beneath the concealing brown skin.  A quick google search confirmed that I had in fact purchased yams, not potatoes as I had dreaded, and so I proceeded to slice and roast them.

I topped the first layer of yams off with the veggies I had already sautéed with onion and garlic, then loaded on some more yam slices. 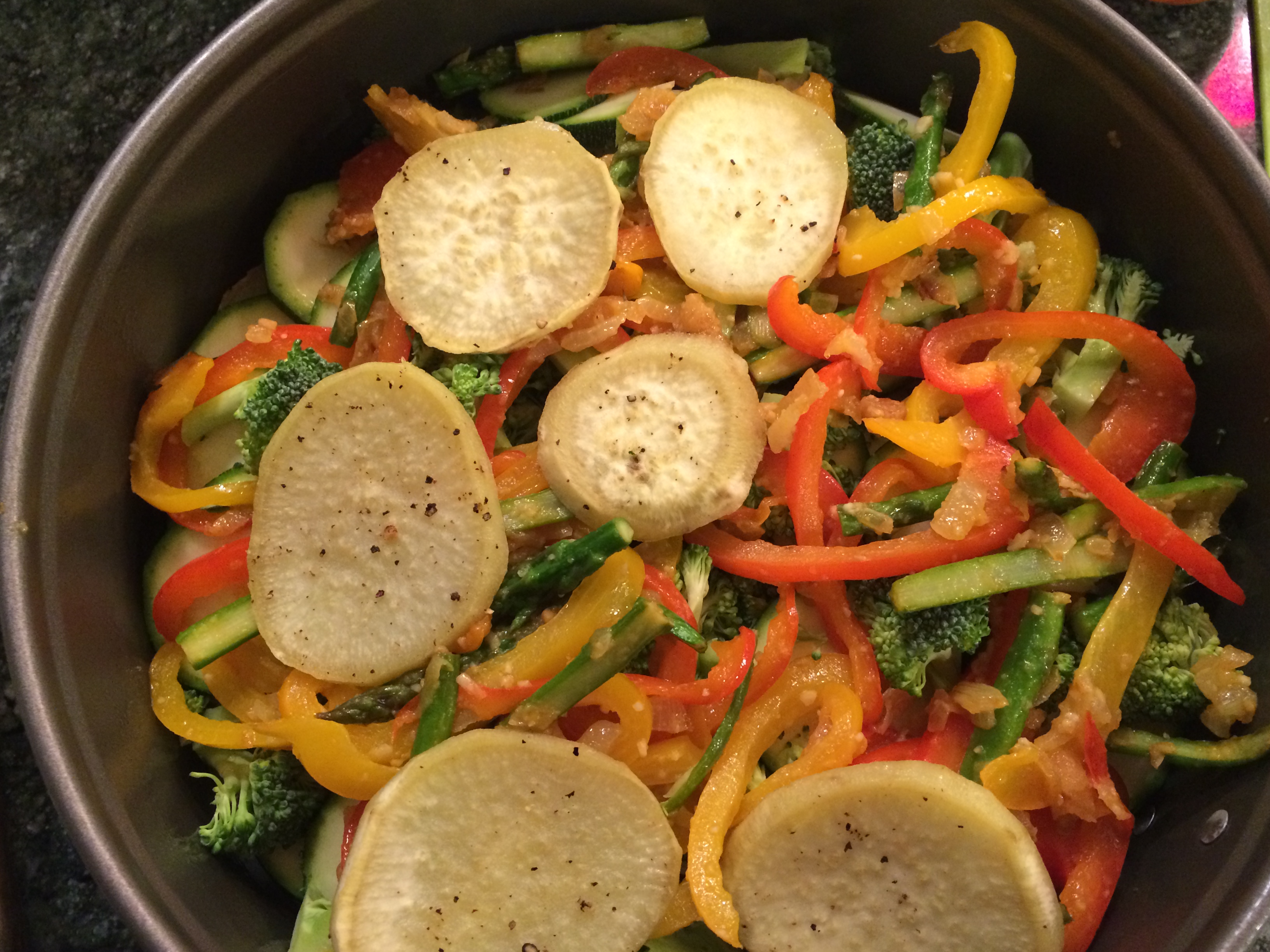 Over all this, I poured a mixture of 10 eggs, 2 Tbs of sun dried tomatoes, and some of that Terra Momo seasoning. 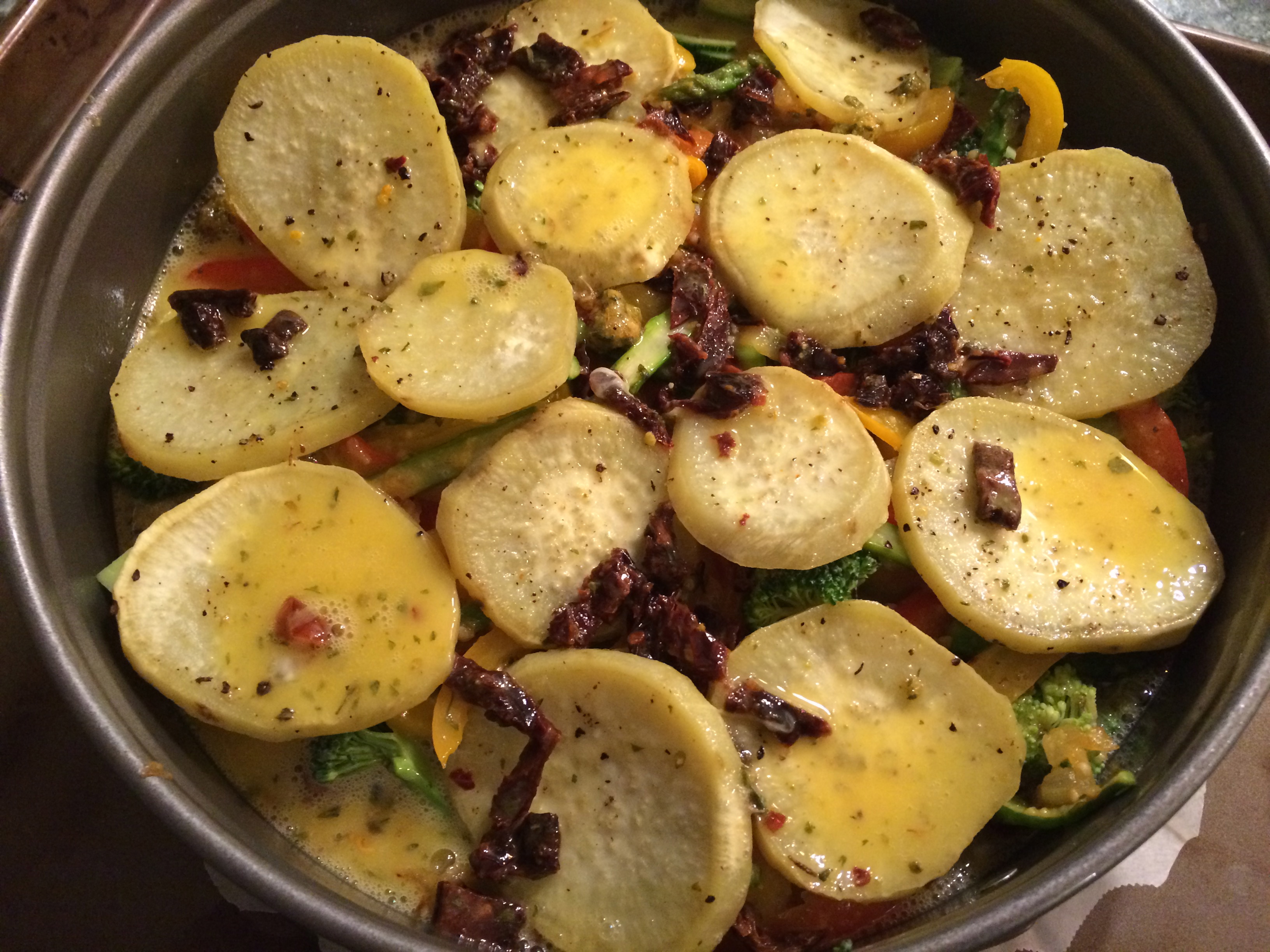 Because I baked this baby in a springform pan instead of first letting it cook in a cast iron skillet on the stove like the recipe called for, I think it took somewhere close to 45 minutes to an hour to bake.

This made me realize later that I should have mixed the sun dried tomatoes in with the rest of the veggies instead of laying them on top, as they did get a bit burned.  The feta cheese survived,though. 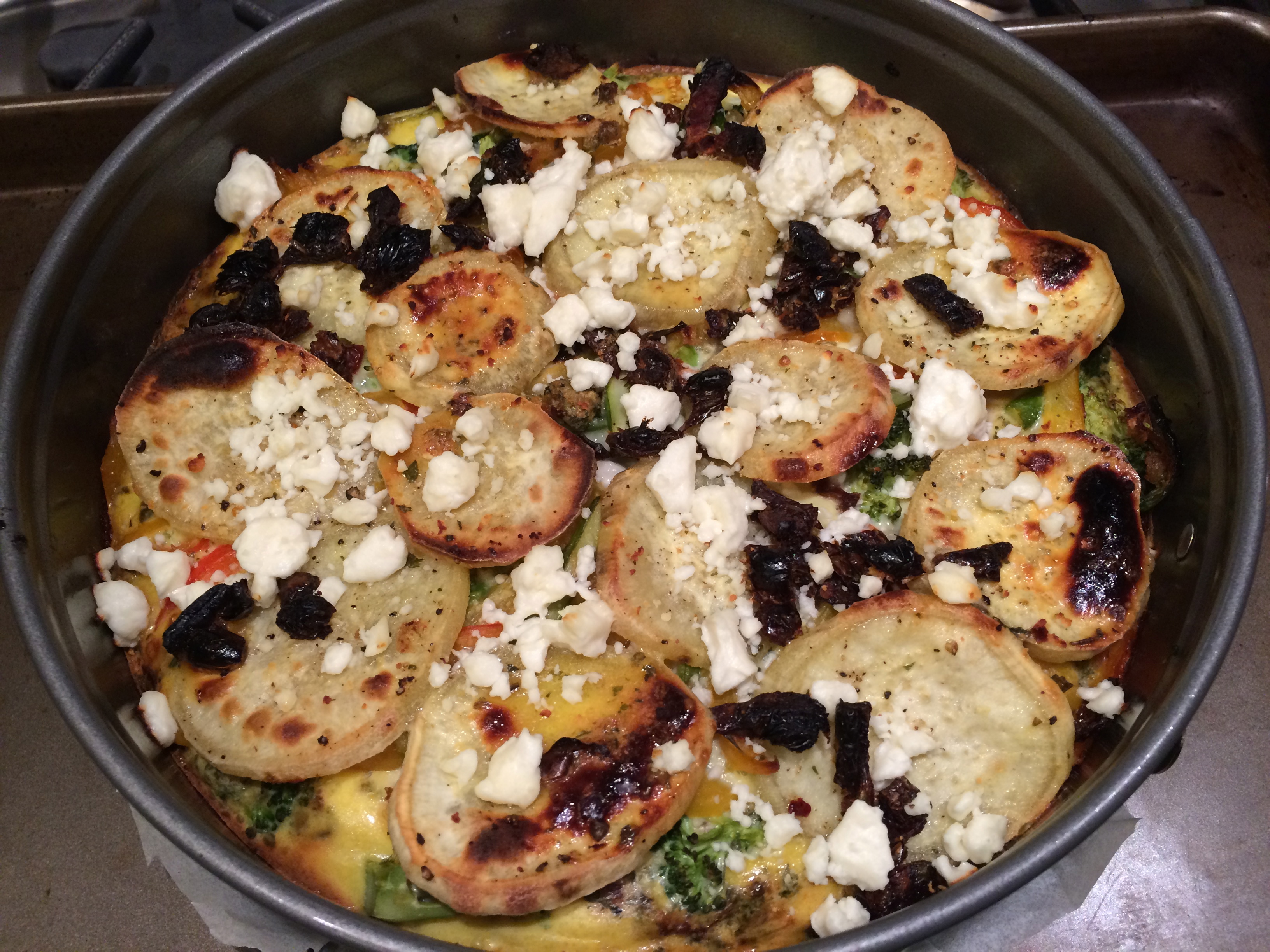 The final product was actually very delicious.  Warm and comforting, and the knowledge that you are eating a lot of vegetables makes the whole thing better in my opinion.

As we waited for the frittata to be cooked, we munched on some soppresatta, salami, prosciutto, gouda, and a brie/camenbert cheese.  With some olives and berries, this was perfect to hold us over until the main event. 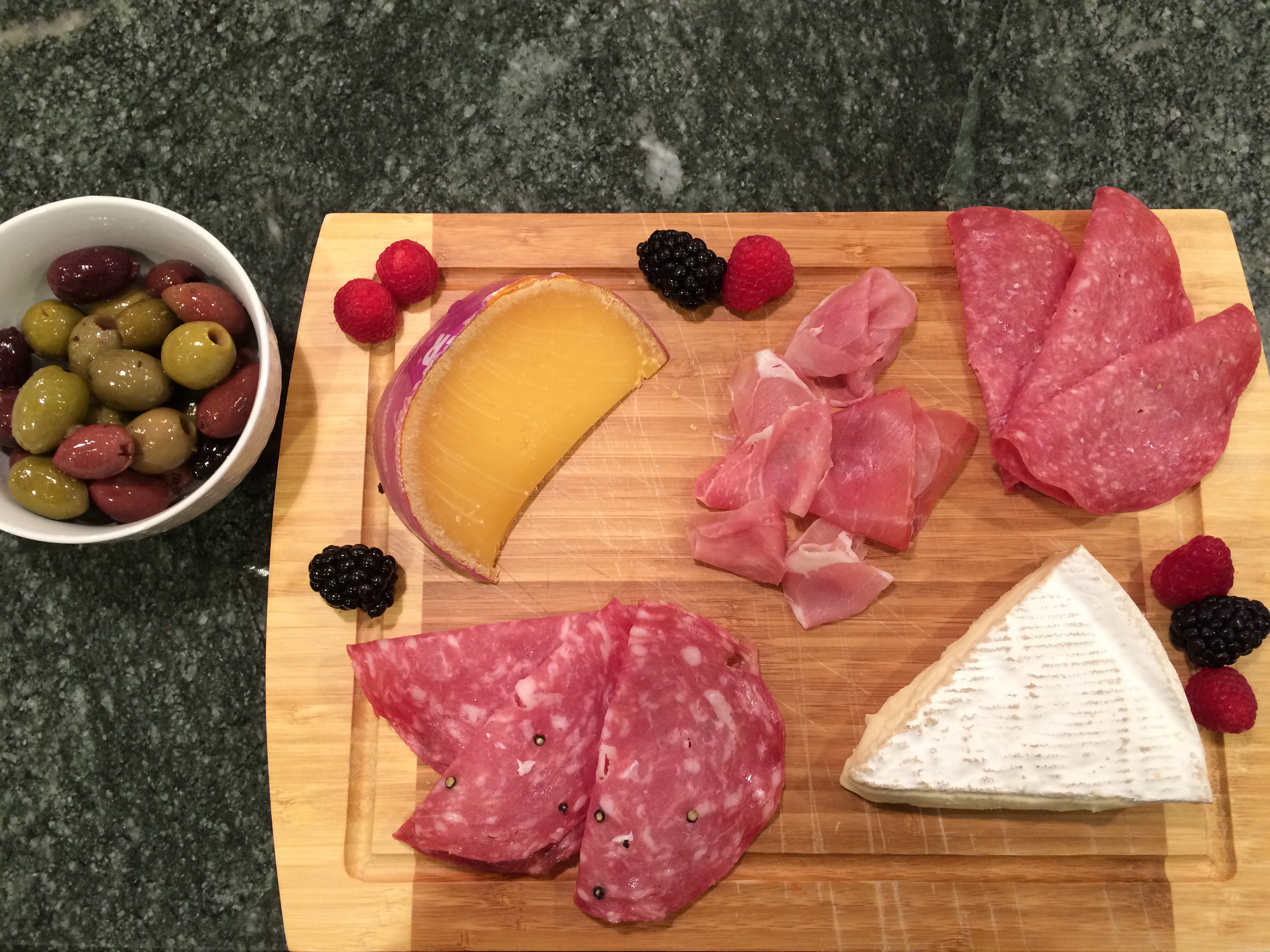 After my next grocery run, I tried this frittata recipe again – I still didn’t have pesto sauce, but at least this time I had orange yams.  I do believe they add some nice color to the mix.  I also added some pre-cooked hot Italian sausage, which was also a tasty addition. 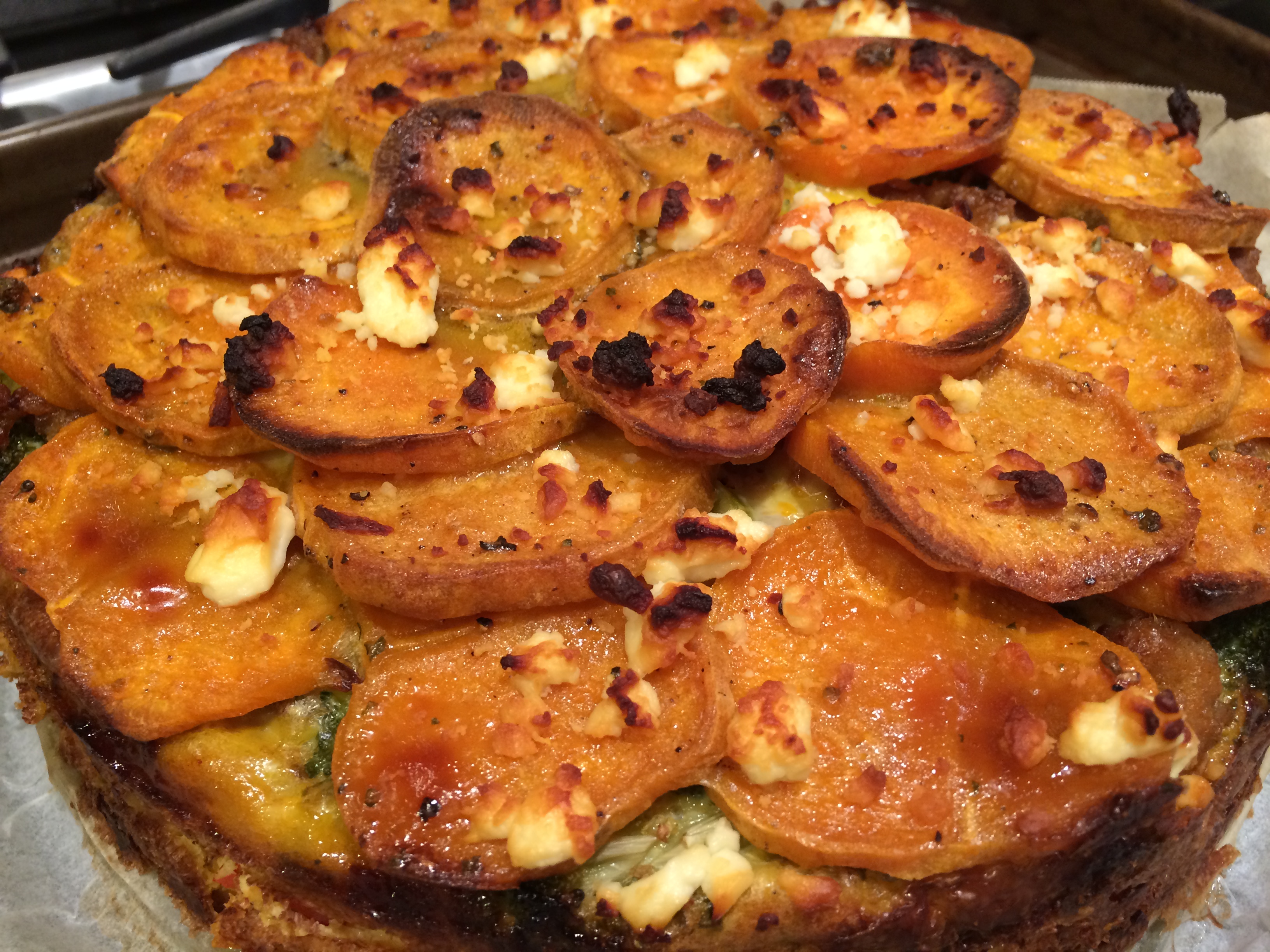 The great thing about this dish was that it lasted me for my work lunches all week.  With a side salad of greens, tomatoes, feta, and olives, this was perfect to keep me going through the day.