Vanilla cupcakes with vanilla frosting decorated with strawberries and blueberries for the US v. Germany World Cup Game . . . and the US advances!!!! 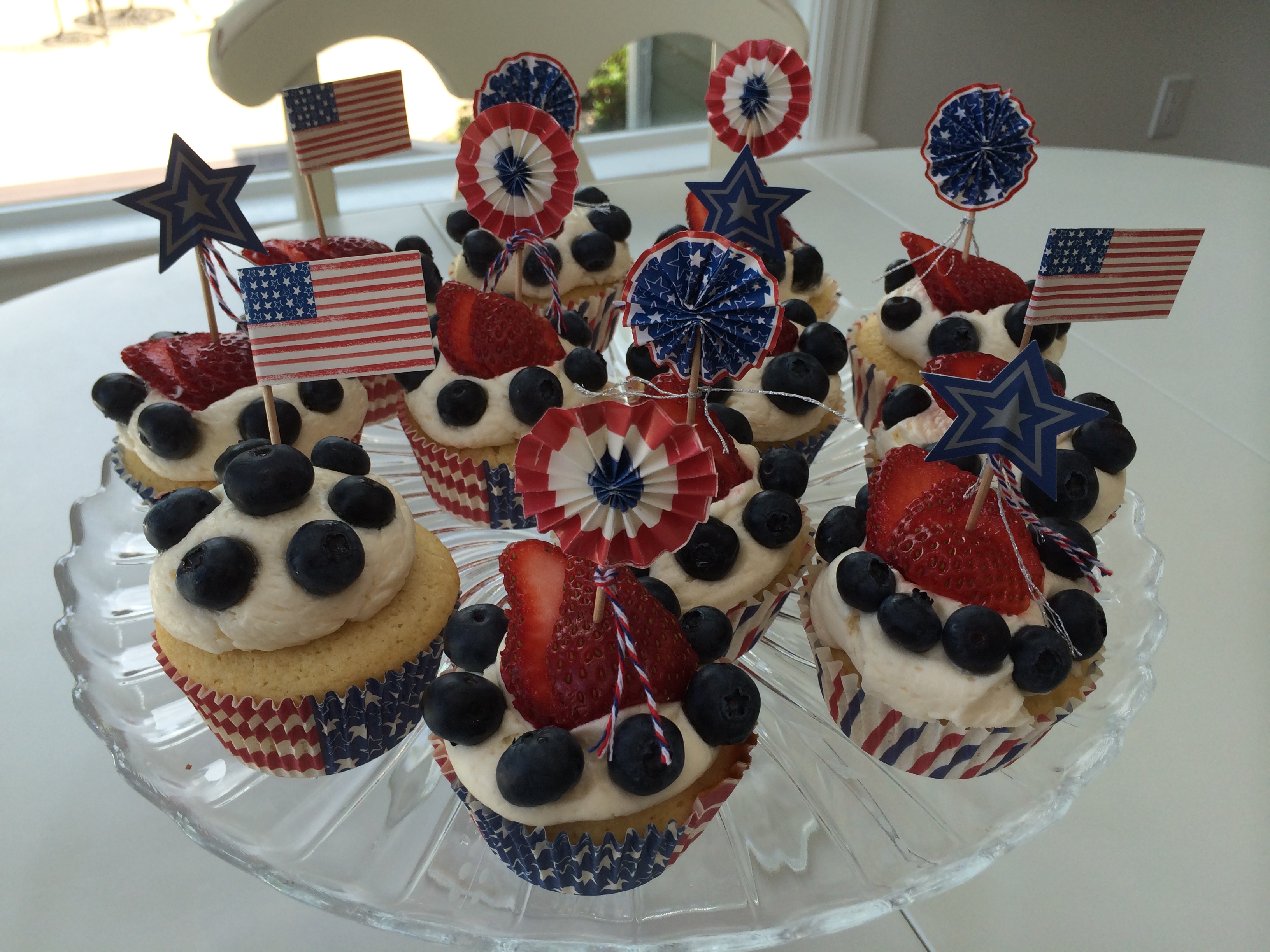 I had found this really cute American flag cupcake decorating kit at Williams Sonoma, and since Memorial Day has already passed and I will be in Milwaukee for July 4th I knew this important FIFA game was the time to use it. 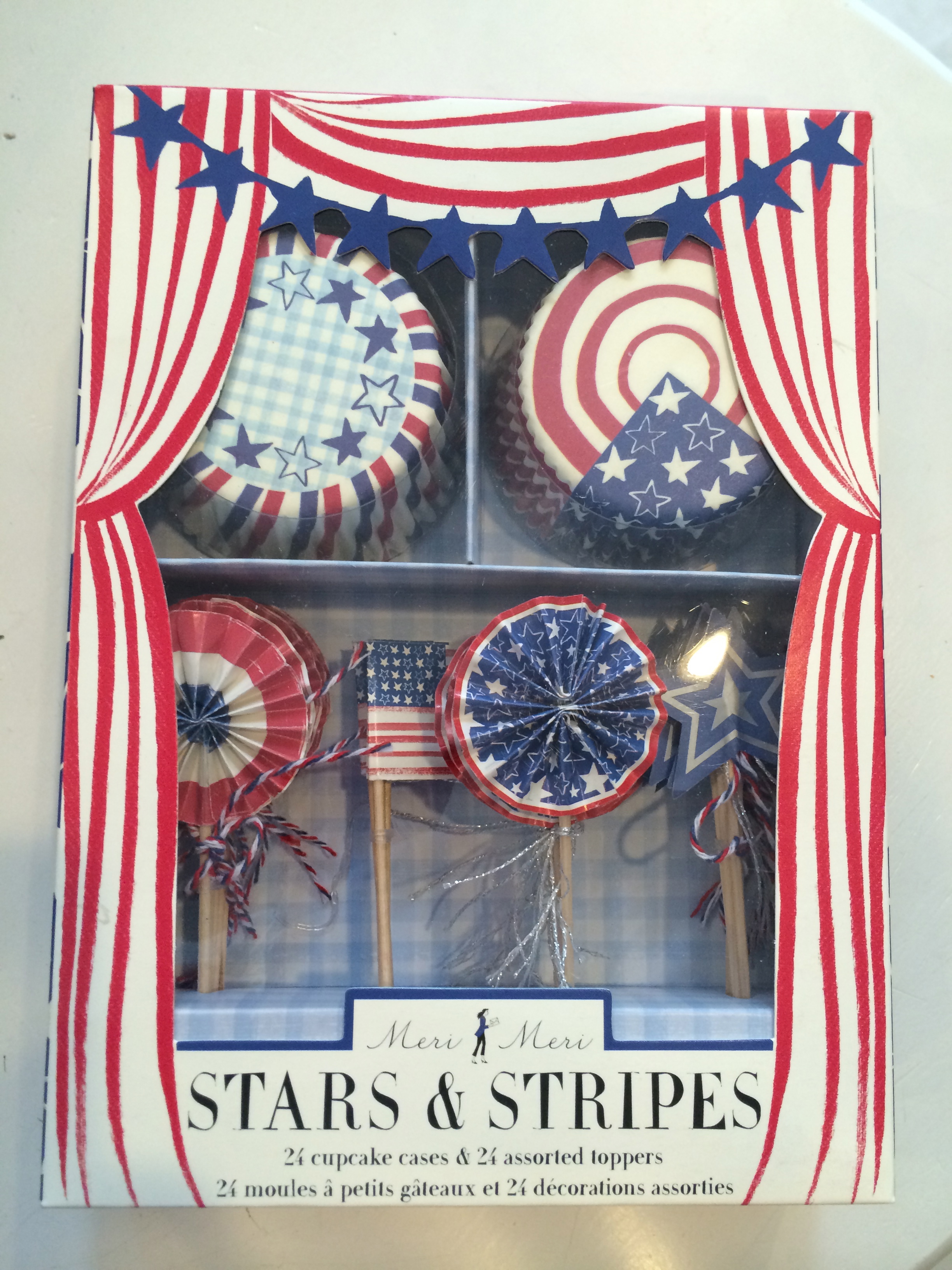 A note about this kit – the cupcake liners held up extremely well!  I suppose I shouldn’t be surprised though, as they did come from Williams Sonoma, one of my favorite stores.

I had a box of yellow cake mix, but I wanted to try a recipe from scratch.  I consulted my Martha Stewart cupcake cookbook, but alas I had no cake flour on hand for her yellow cake recipe.  This one from Keep It Sweet Desserts described the cupcakes as soft and moist, which sounded good to me.  Interestingly enough, the recipe used corn starch in the dry mix.  I felt optimistic about the final product since the recipe called for oil and milk and only 4 Tbs of butter. 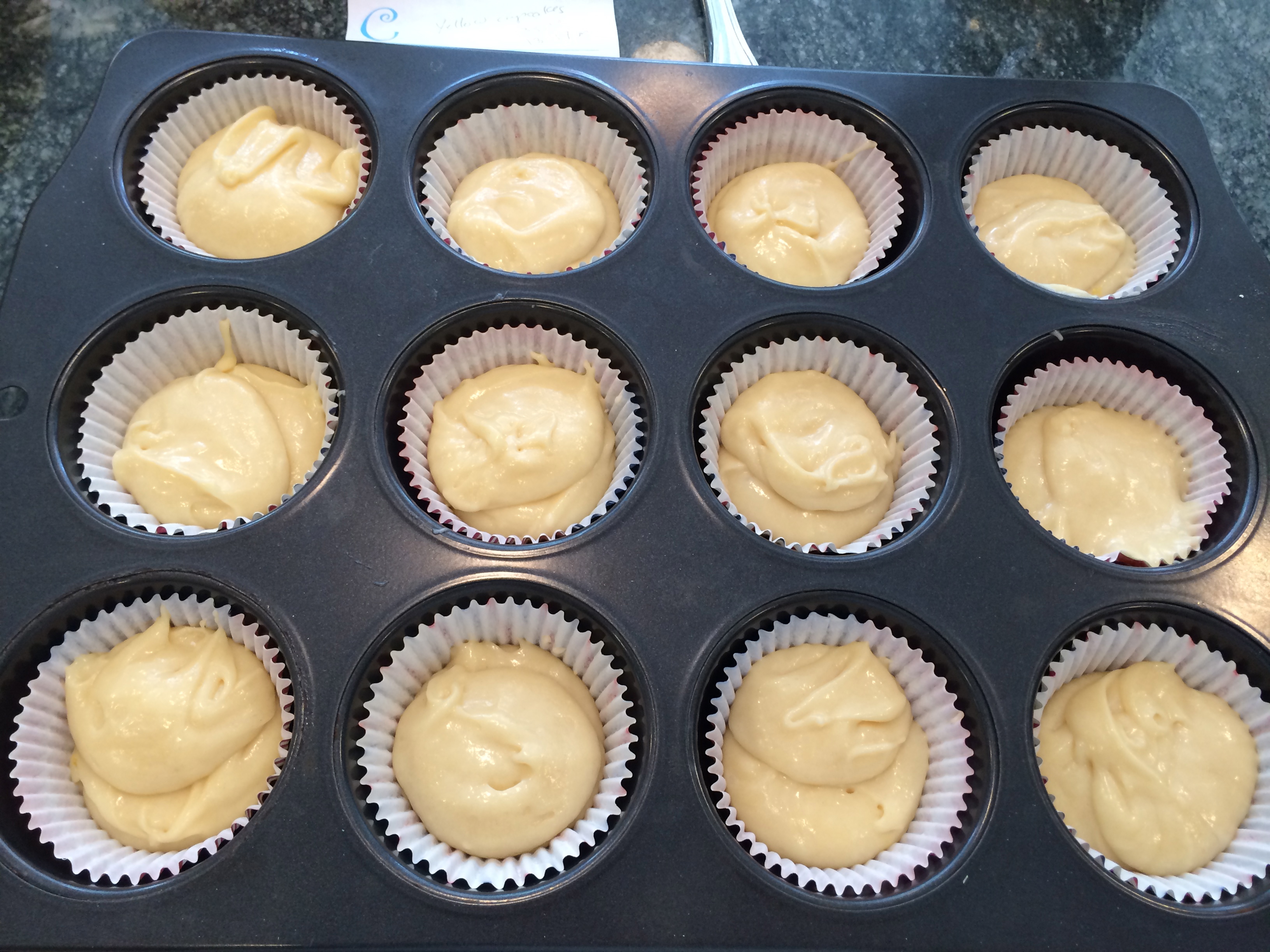 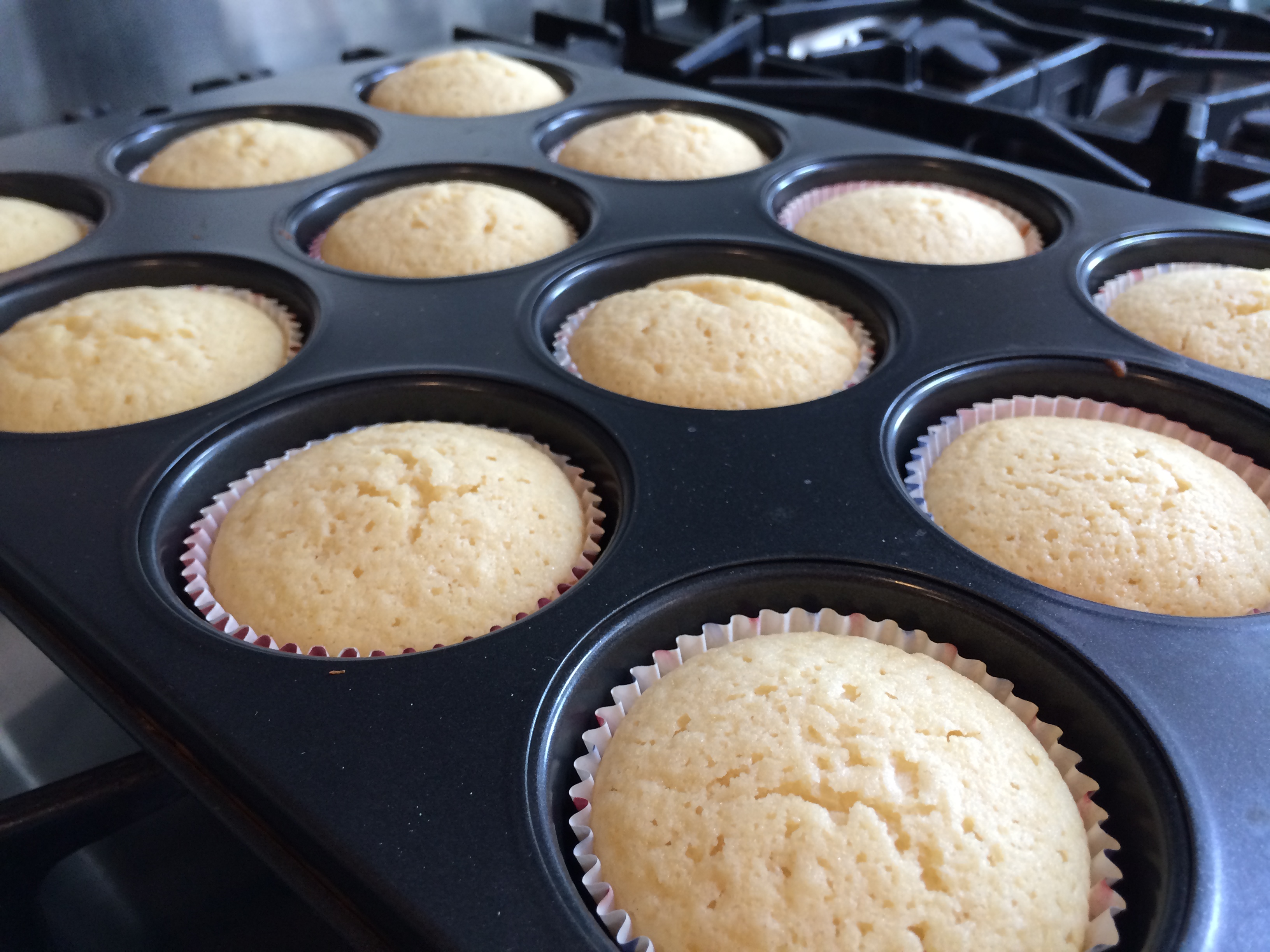 I wanted a fluffy vanilla frosting to hold the berries, not one that would be very stiff.  I used this recipe from Bakingdom, and I was quite happy with the results. 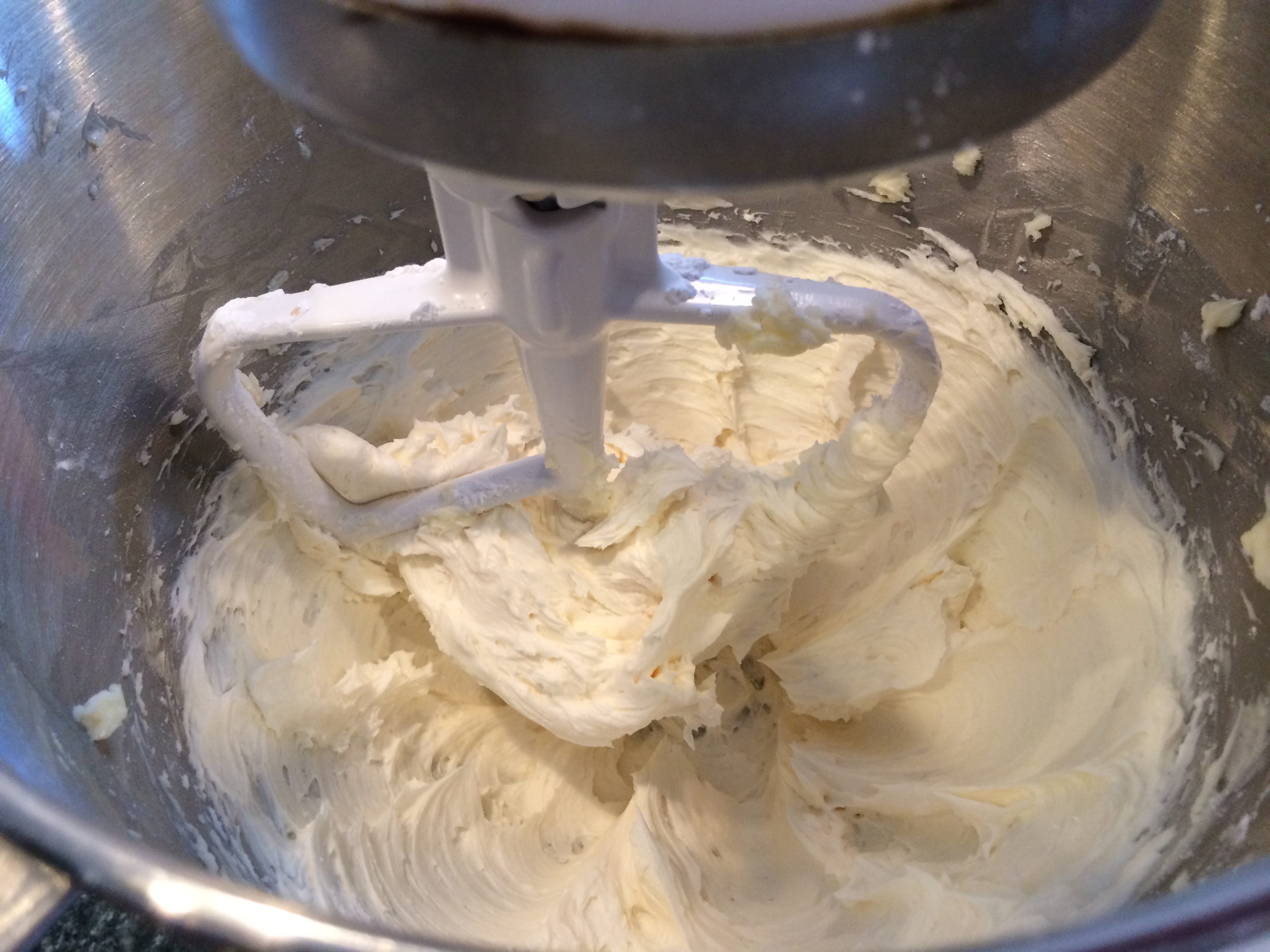 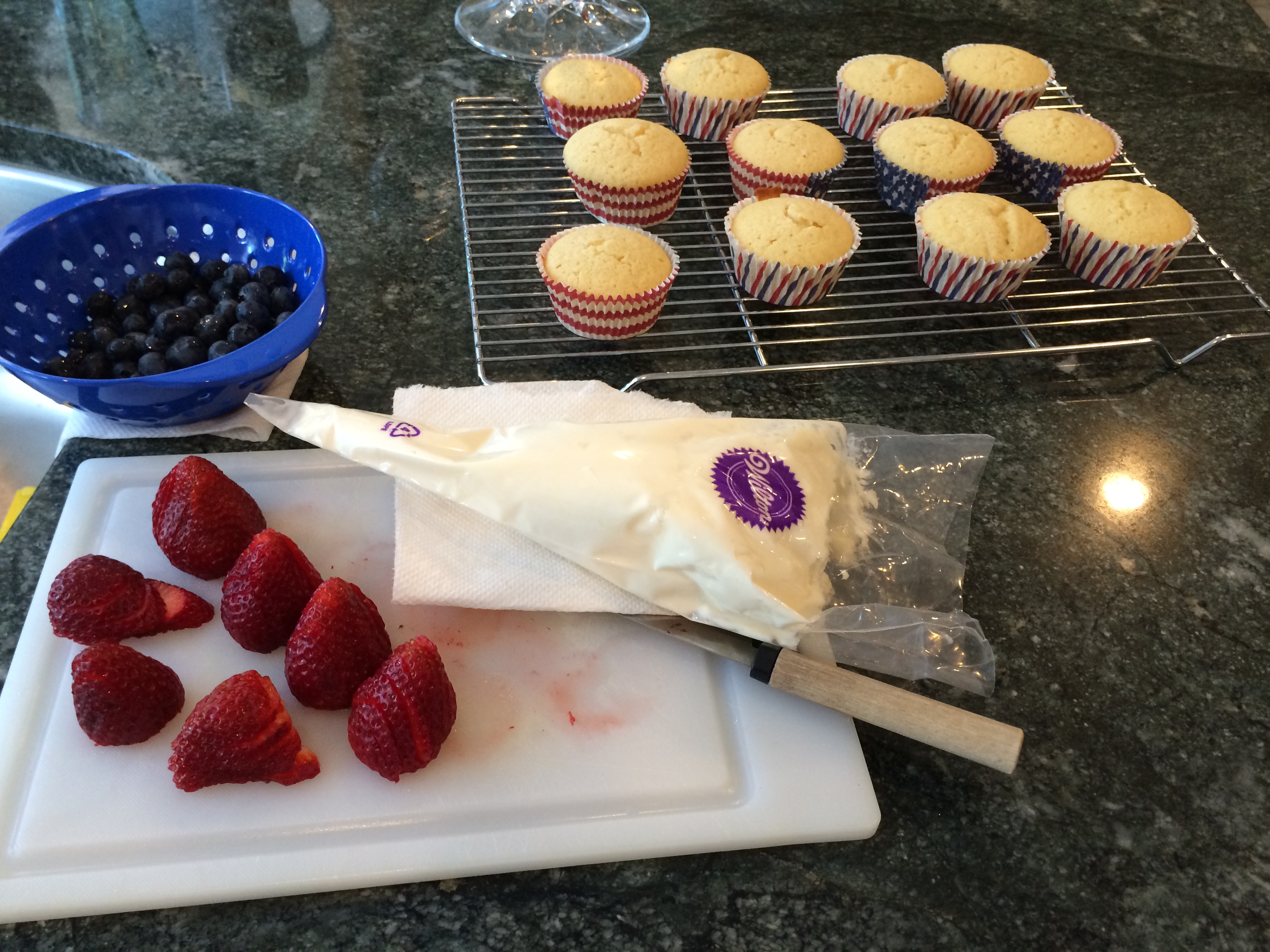 I tried a swirl technique first with the frosting, but it was clear that was not going to work (see the cupcake in the back right corner).  So instead I just stuck the piping bag onto the center of the top of the cupcake and squeezed the frosting out into a cloud puff.  There were some air bubbles, so they were not all perfect, but I knew the berries would cover that up. 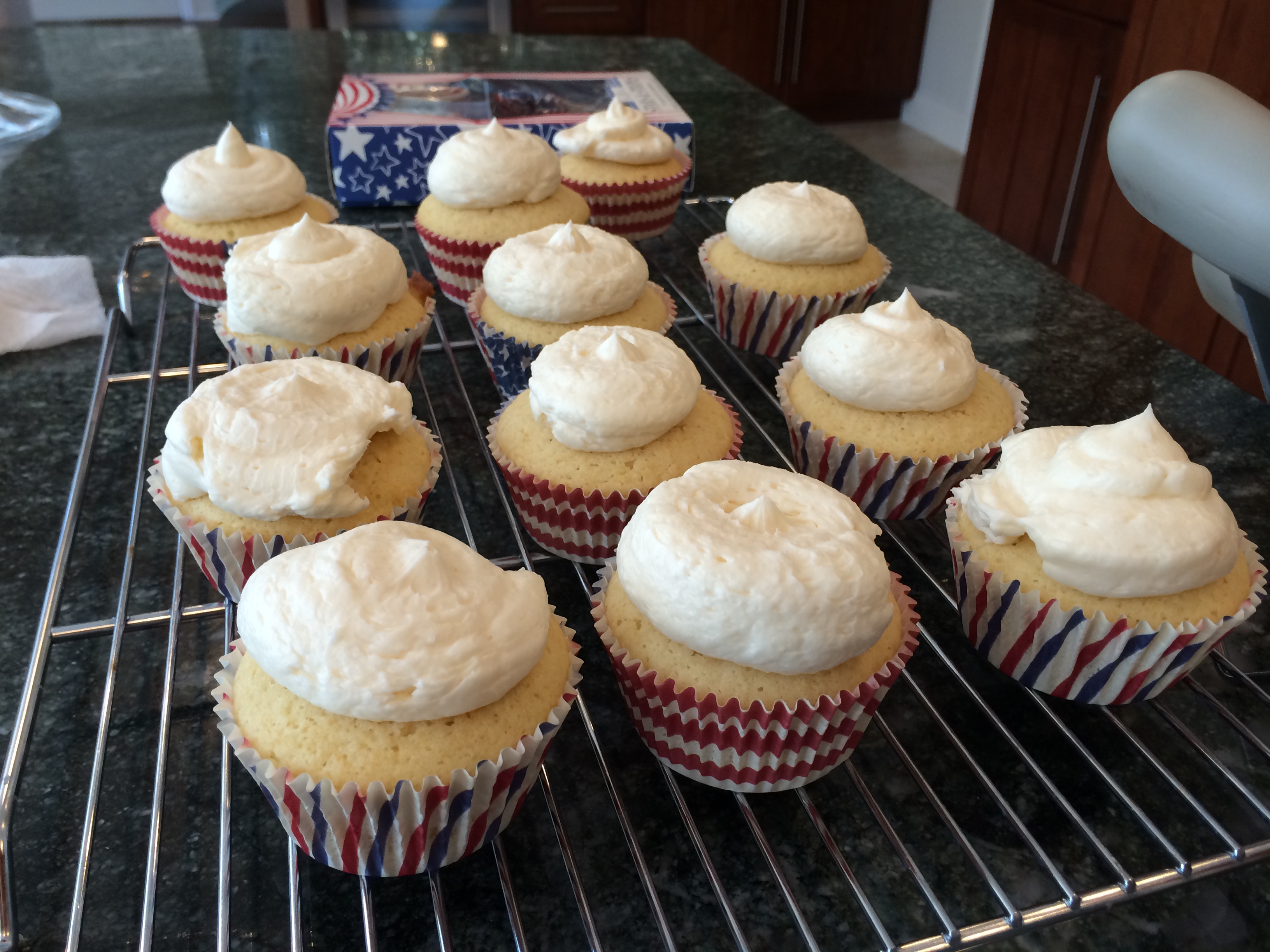 Time for flags and berries! 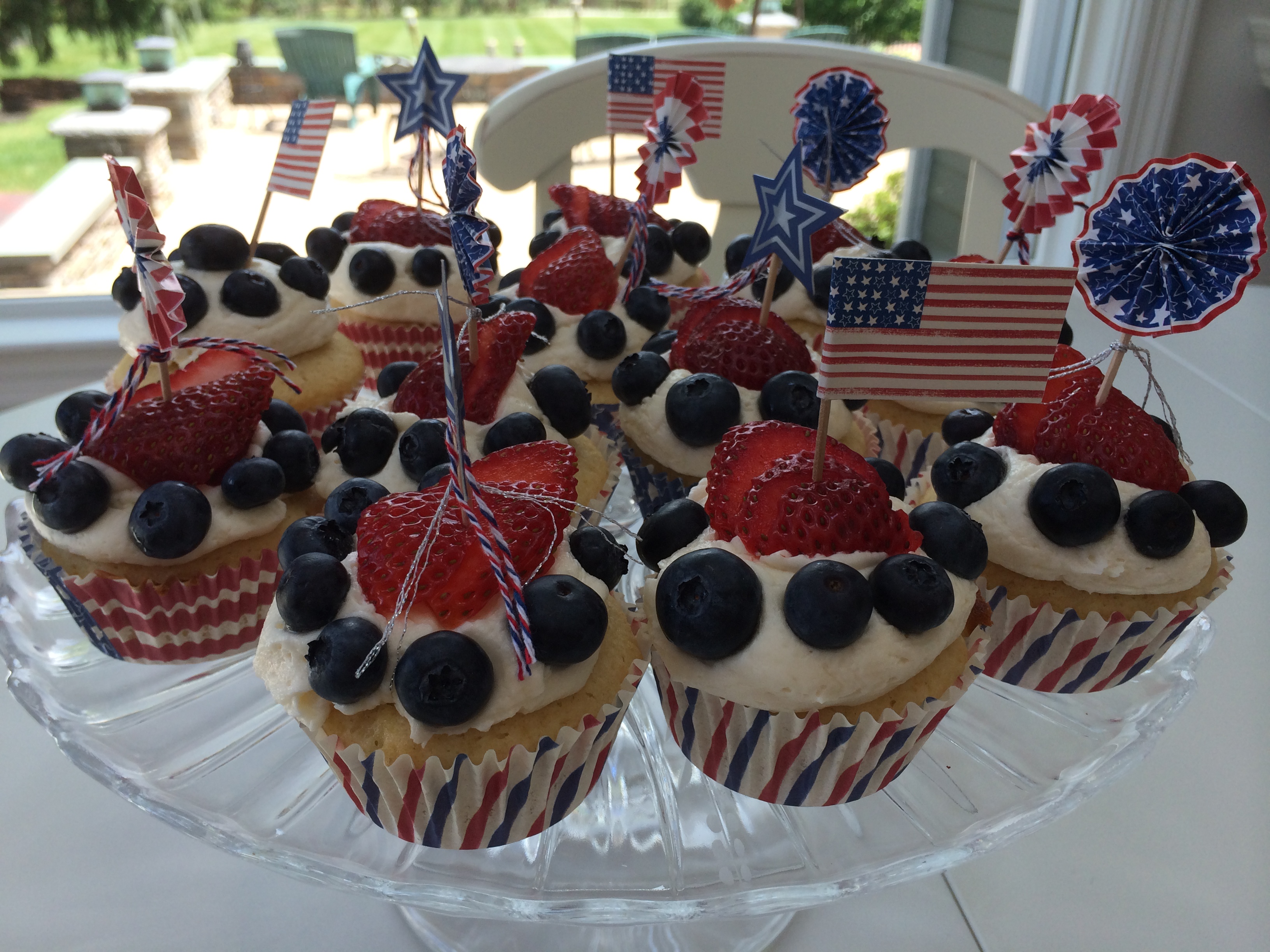 I was very happy with the texture of the cupcake.  It was definitely soft and moist.  I found that the berries heightened the sweetness level, but their slight tartness balanced out the sugary vanilla flavor. 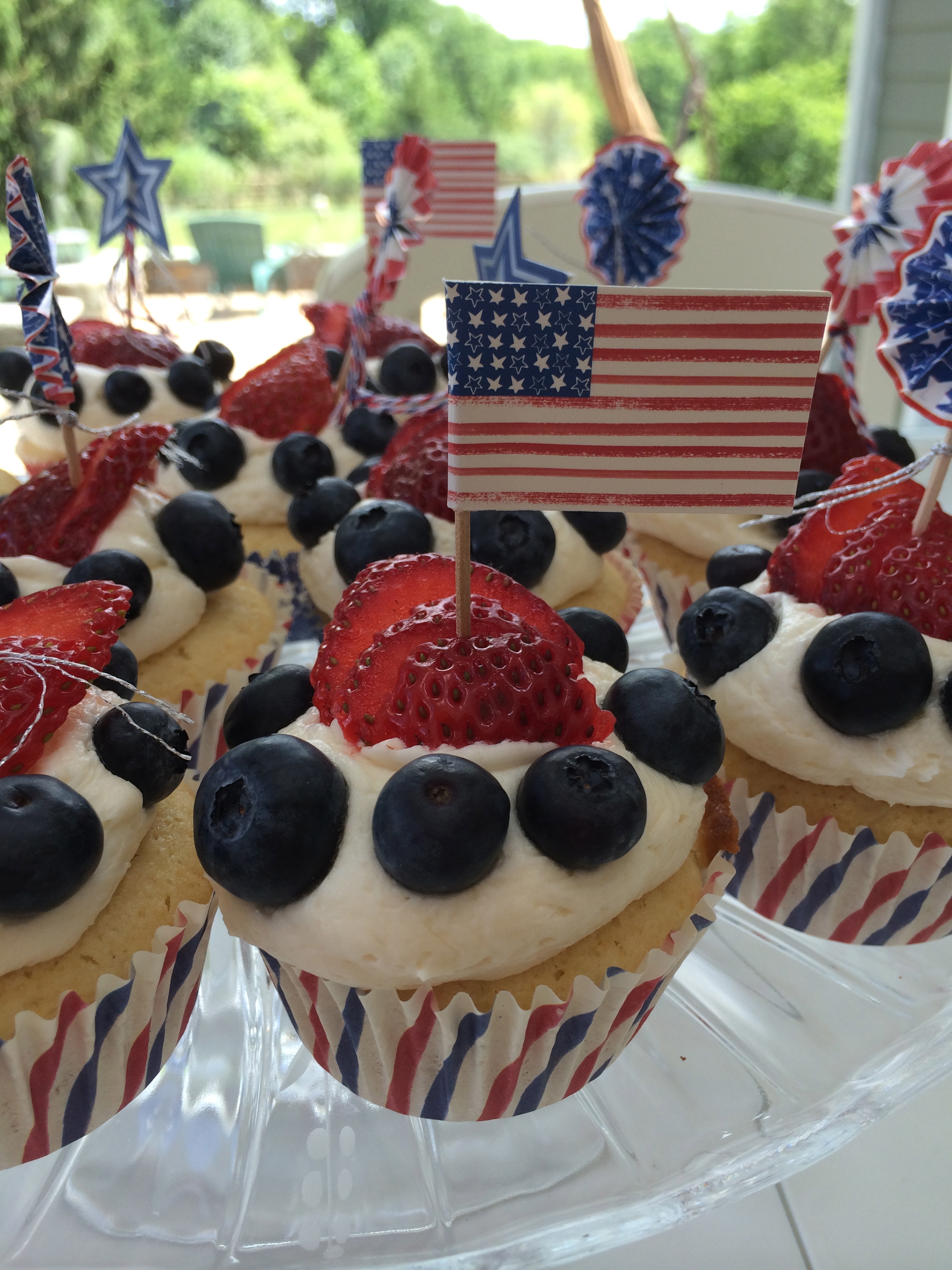 Did I mention the US advanced? On to Tuesday!!!