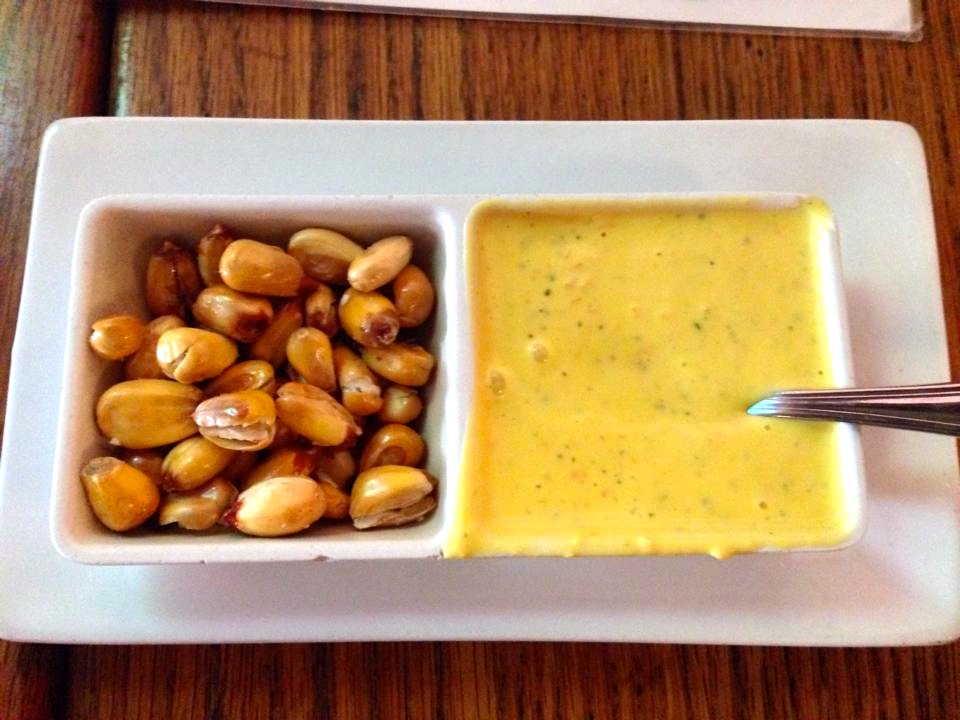 One of the reasons that I was so excited to live in Miami for the summer was because I would have the amazing opportunity to try new ethnic cuisines. Although our family loves trying different fusion foods, there is often a general avoidance of Latin American food (due entirely to the parents’ taste).

Today I was fortunate to go out to lunch in Coral Gables to a little Peruvian restaurant called Pardos on the Miracle Mile.

We were immediately served dishes of salted fried corn kernels with a mustard-like dipping sauce to snack on while we began the daunting task of deciding what to order. The menu included various rotisserie and kabob chicken dishes, fried rices, grilled fish, and ceviches.

I ordered the Chicken-Thai Peruvian salad which consisted of a bed of spinach topped with grilled chicken, tomatoes, carrots, red onion, cucumber, and toasted quinoa. The dressing was extremely similar to a Japanese ginger-carrot dressing, but I was informed that it also contained some tomato. 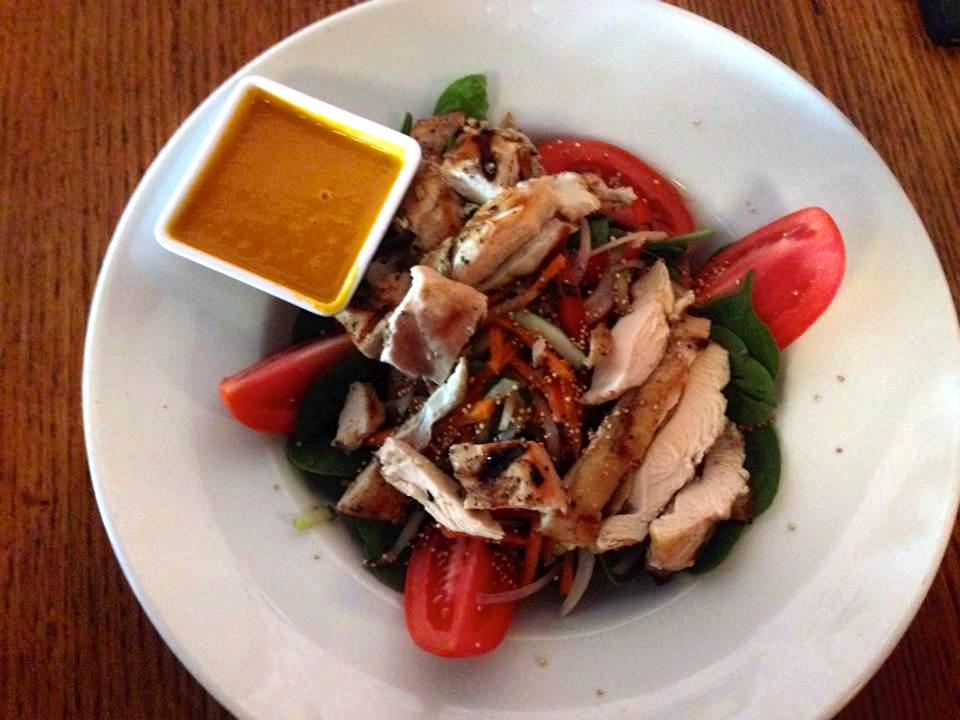 The salad was fantastic! Everything was extremely fresh, colorful, and varied in tastes and textures. I actually ended up with a good amount of leftover chicken which I was able to wrap up for use in another salad tomorrow. 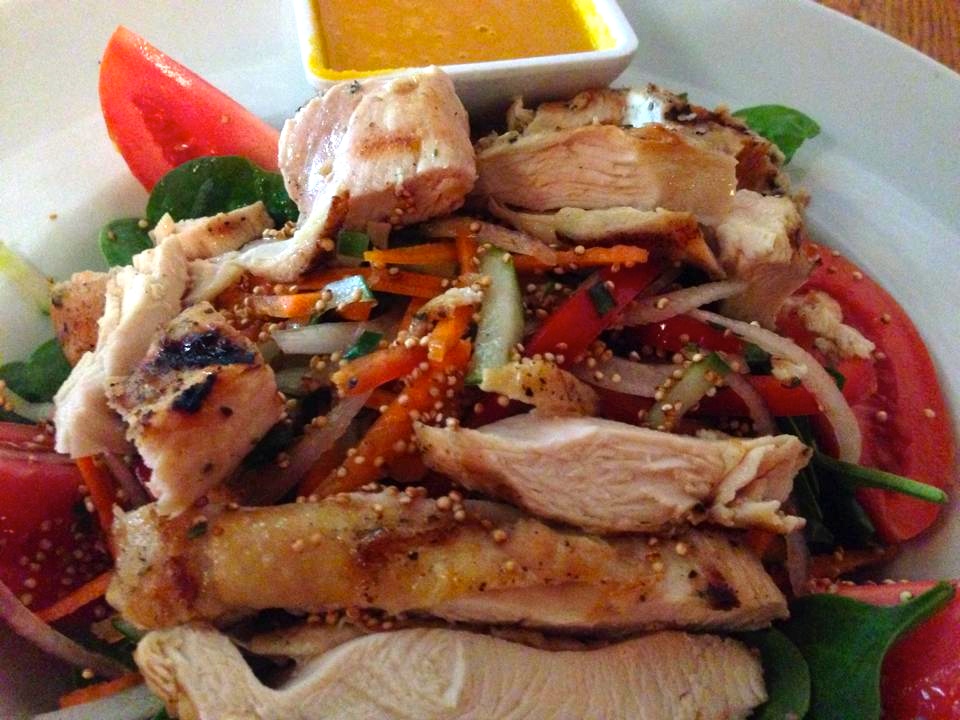 Because I was so interested in what dishes my friends got, I took the liberty of documenting some of their meals too. One of my friends got the Pollo Saltado, a Peruvian take on a chicken stir-fry dish. The plate included chicken sautéed with peppers, tomatoes, and onions, a poached egg, fried plantains, and french fries. After taking a taste, I was extremely surprised to learn that the sauce on the stir-fry was extremely reminiscent of the sauce used on my usual order of #4 at Thai Kitchen III. If the title of my salad is any indication, it seems as if there is some overlap in spices between Peruvian and Thai cooking, at least at Pardos. I never would have guessed. 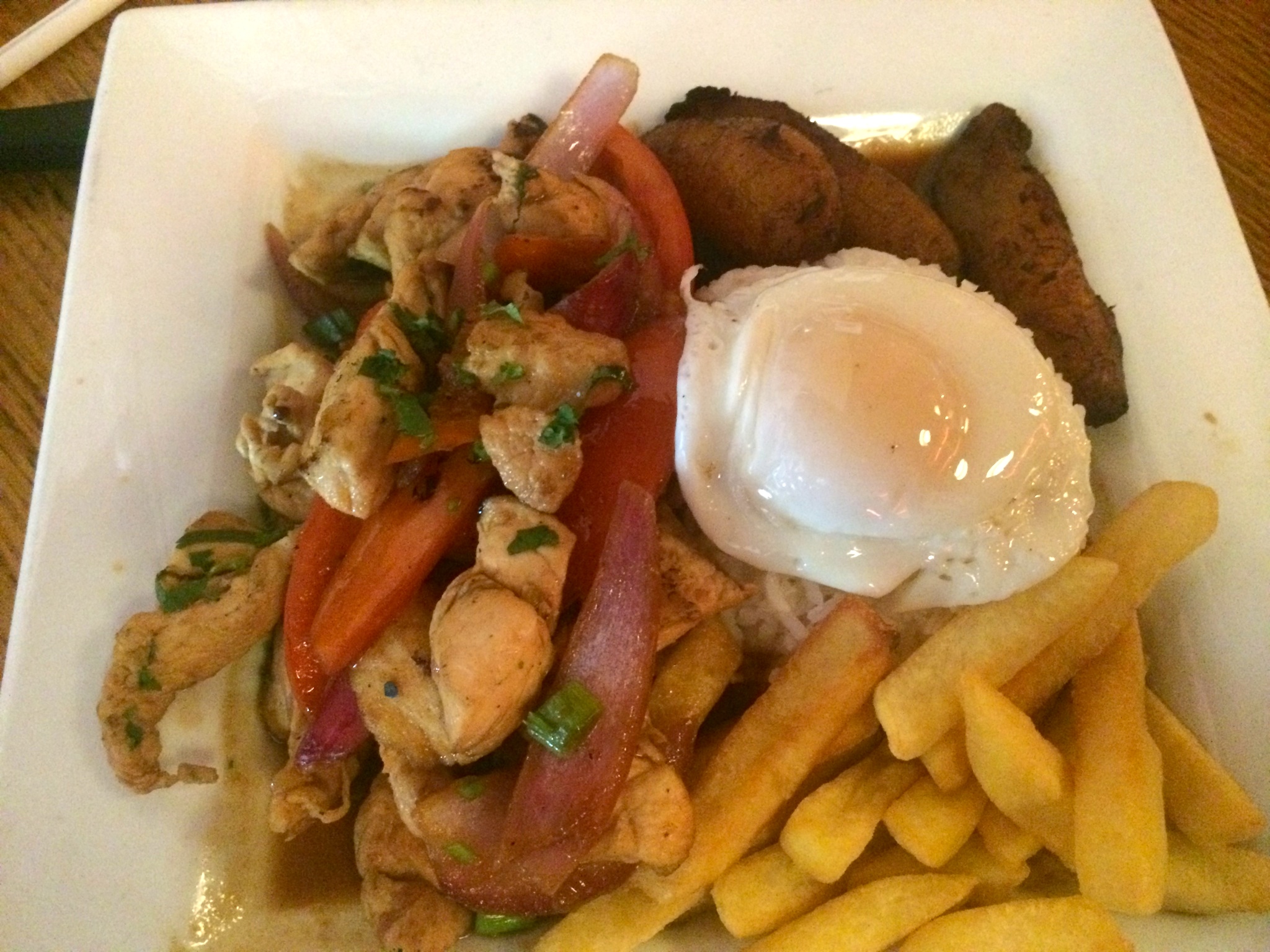 My friend Kate ordered the Quinoa salad which came with tomatoes, avocados, onions, black beans, and cheese (although she opted to omit the cheese). The salad was light, moist, and citrusy- we suspected that they used some kind of lime-cilantro dressing. Overall, all the food we ordered was healthy, colorful, and flavorful to the point of bringing out the flavors in the chicken and veggies, rather than overdressing the food in sauces. 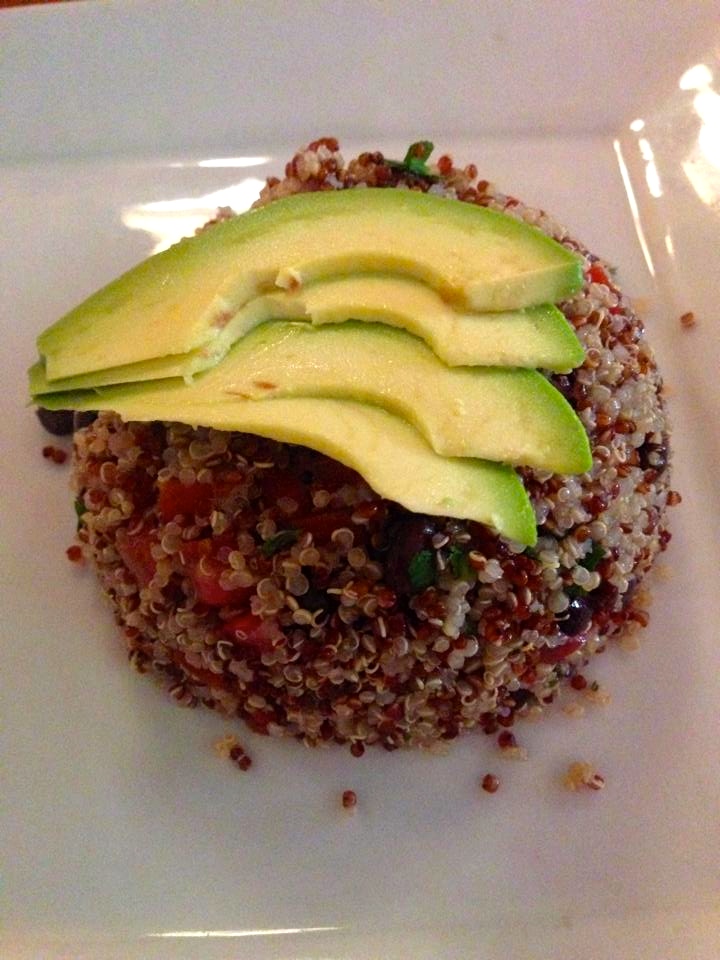 After my great experience at Pardos today I can say with certainty that it will not have been my last encounter with Peruvian food. Next time I’m looking forward to trying some seafood, particularly a ceviche sampler that I had my eye on.