On April 14th I woke up to a text from Sara saying that it was the 103rd Anniversary of the last day the Titanic saw daylight. Naturally, we pondered how we might incorporate this into our cooking. I decided to go with an afternoon tea, complete with a simple mug cake and a steaming cup of Earl Grey. 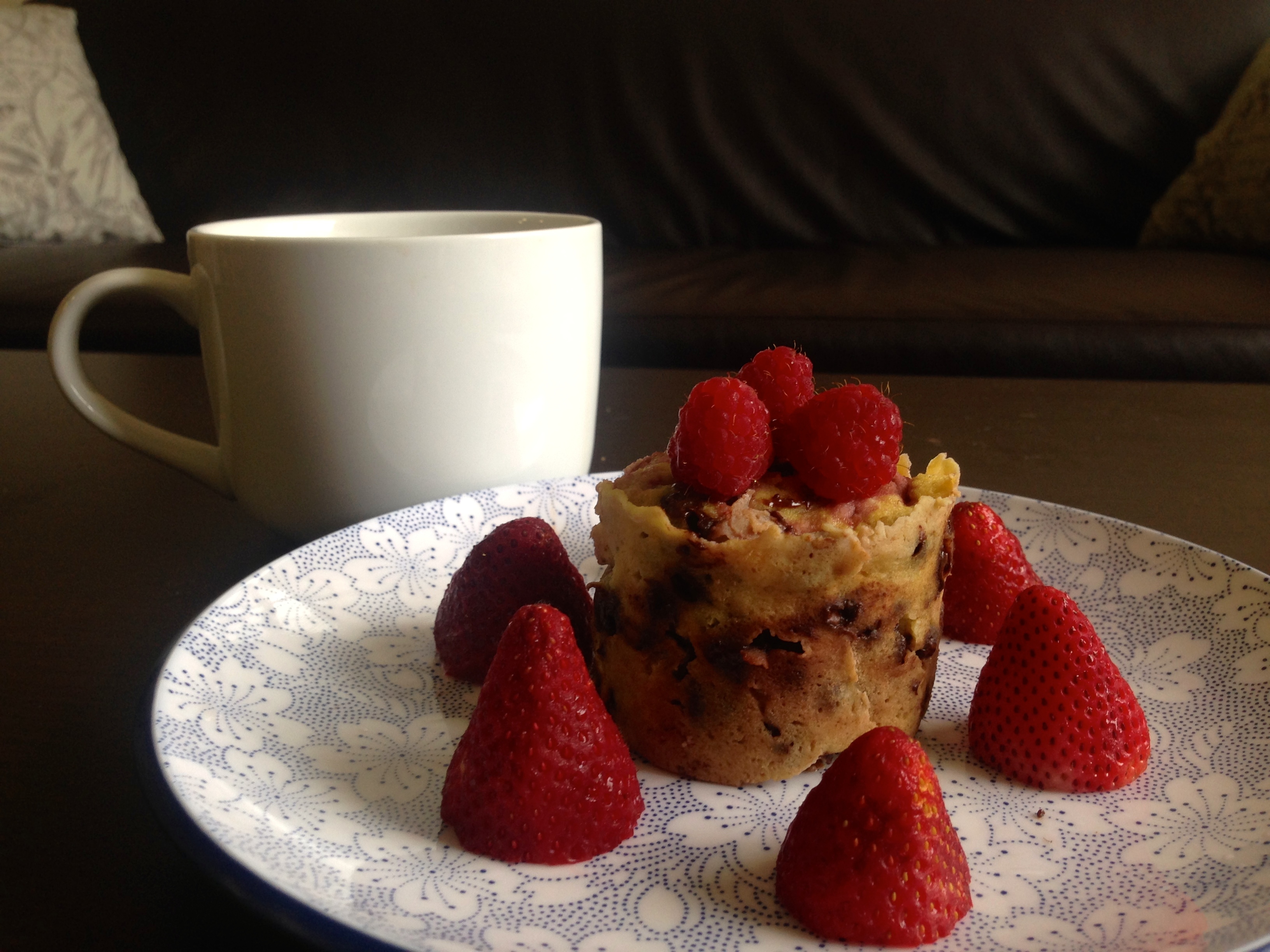 I was inspired by this paleo recipe, and used only one egg, almond and coconut flour, frozen raspberries, mini chocolate chips, almond extract, and honey. After two minutes in the microwave I got a dense but moist mini cake that I served alongside some raspberries and strawberries. 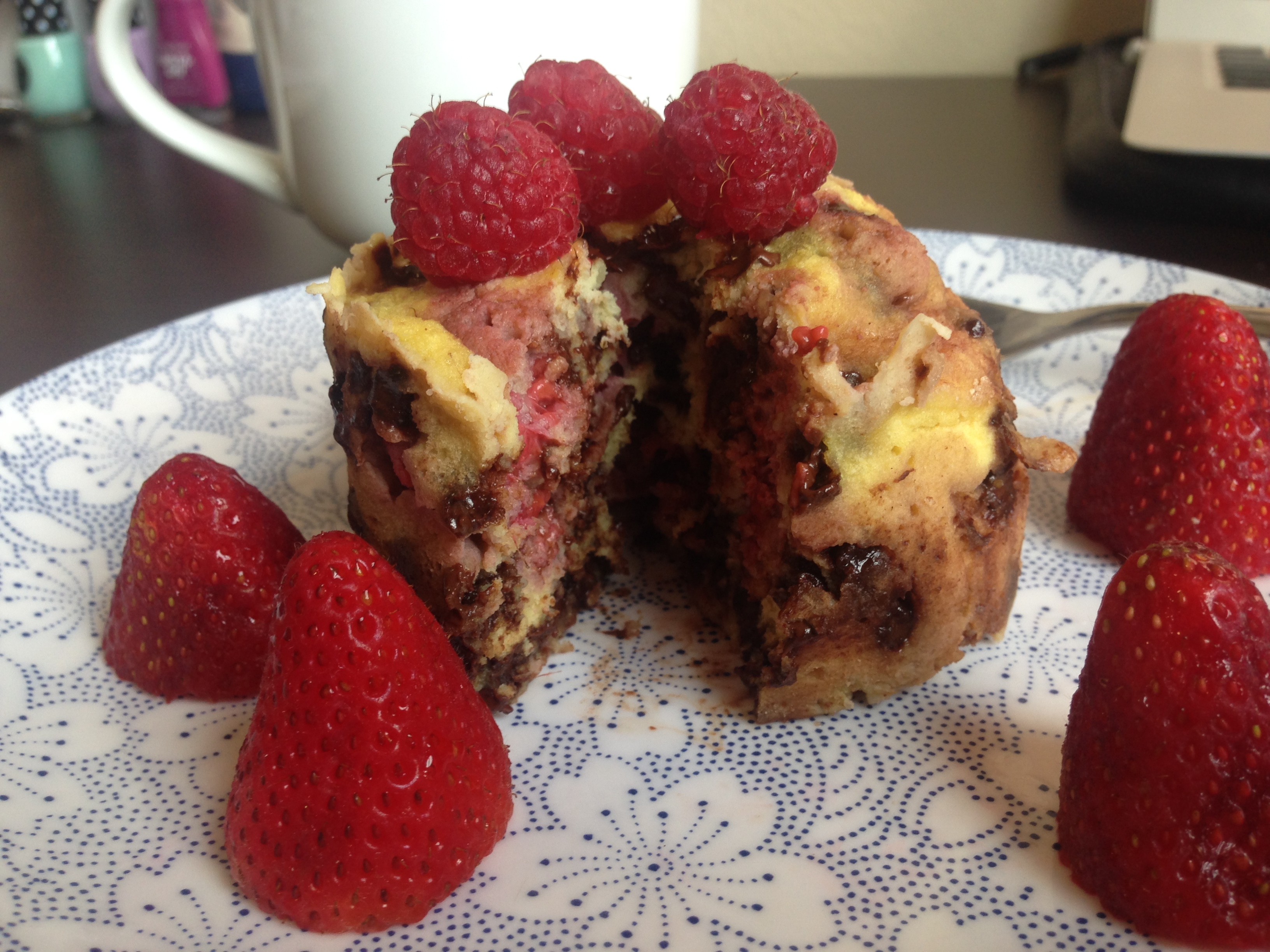 For such a healthy but decadent recipe, four minutes of combined prep and cook time was well worth it!