So far this summer, I’ve managed to use all the herbs from our herb garden – basil, cilantro, shiso, chives – except rosemary.  It’s a bit ironic since rosemary is one of my favorite herbs.  I love rubbing the leaves in my hands to keep the deliciously fragrant smell on my fingers.  Usually I use rosemary for roasted chicken or potato recipes, generally more in the fall or winter, but I wanted to do something with the beautiful herb now, even though it is still July.  I had also been meaning to make homemade hummus, and so an opportunity appeared to accomplish both goals: 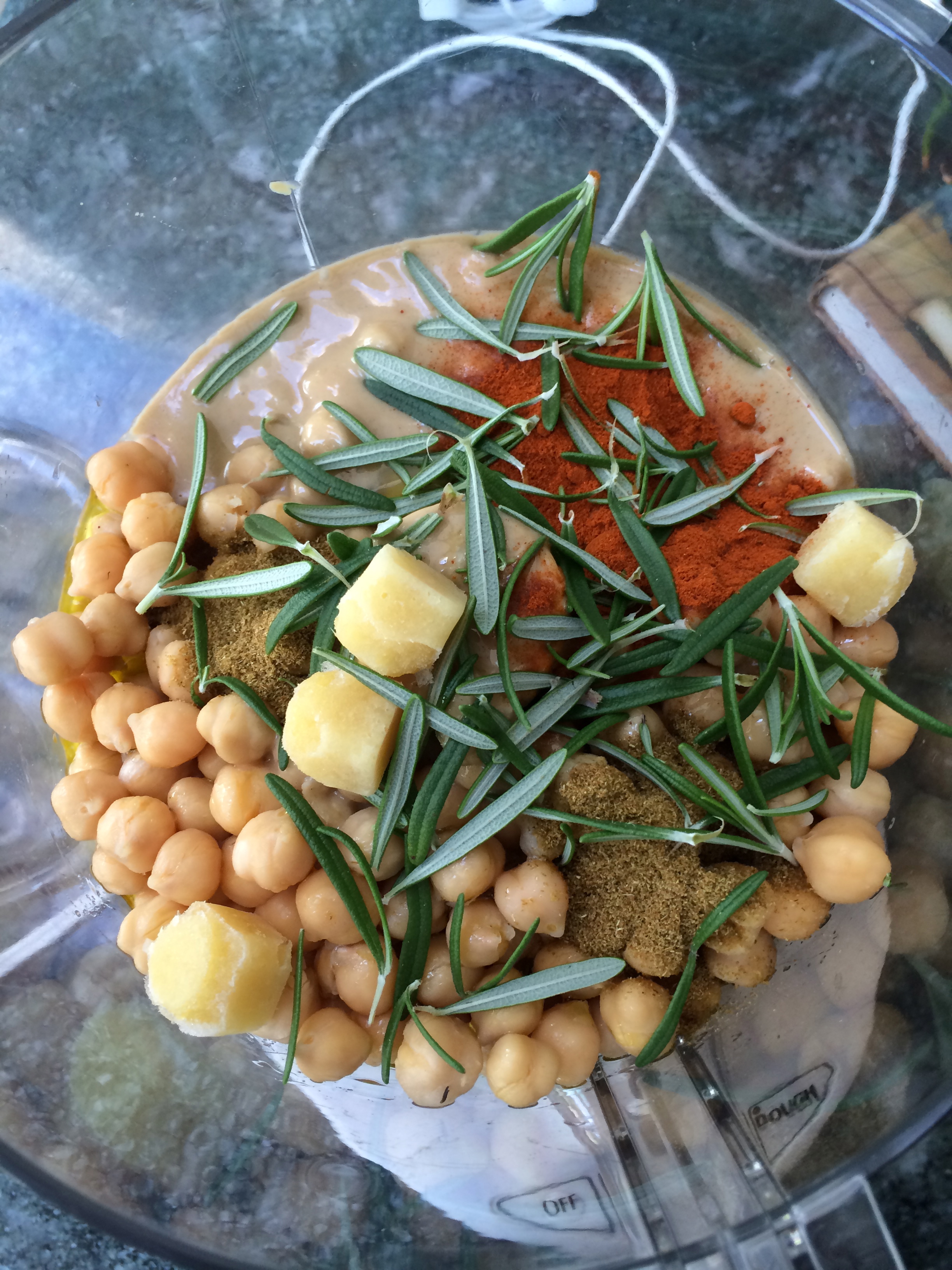 I was inspired by this recipe, but I adapted it a bit in the process of making the hummus.  In the food processor I mixed 400 g of chickpeas (drained and rinsed), 200 ml of tahini, 4 Tbs olive oil, the juice from 2 lemons, 2 tsp paprika, 2 tsp cumin, 5 cloves of garlic (those yellow cubes you see here are frozen garlic), and a small handful of freshly picked rosemary. 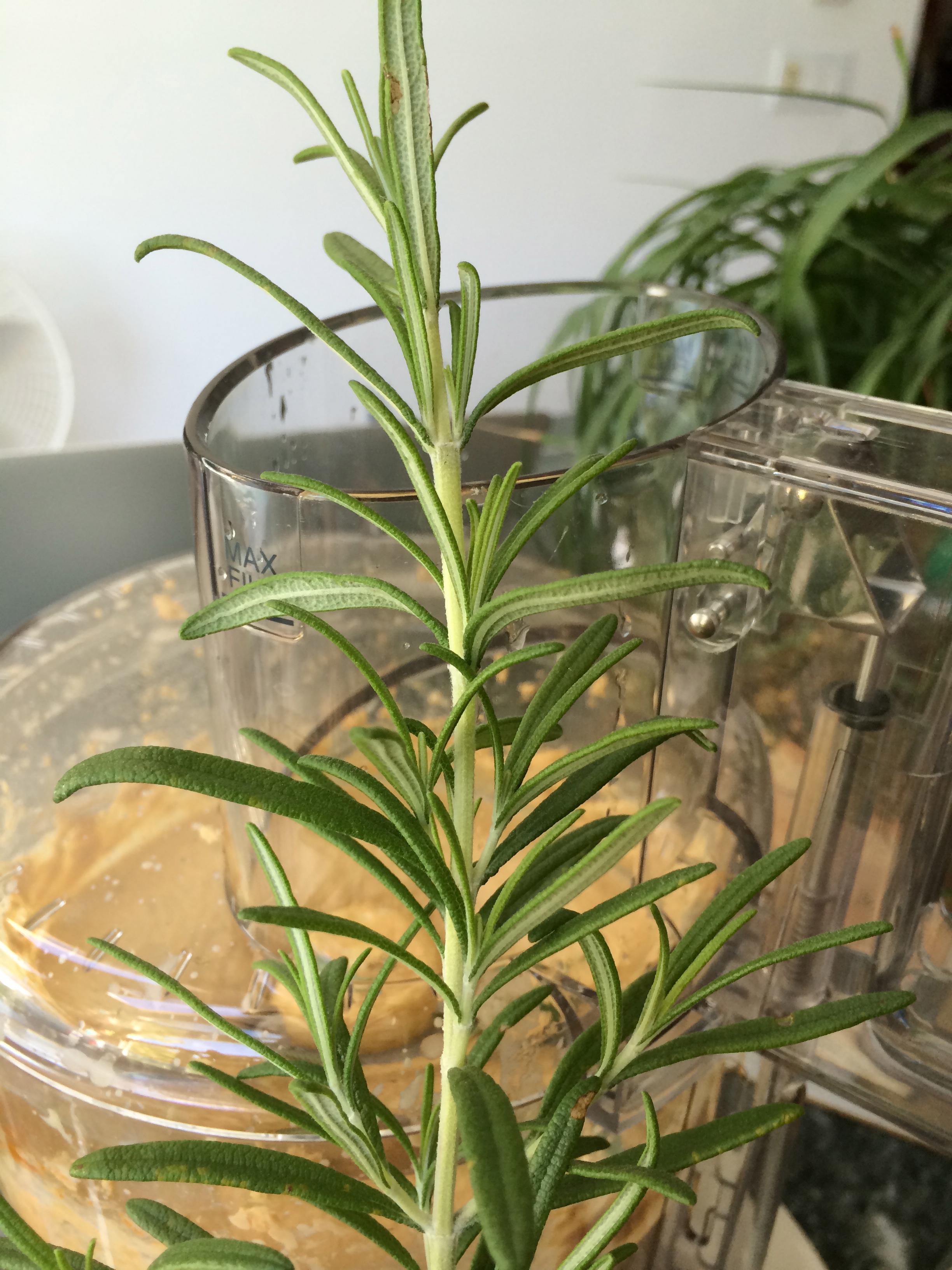 After all the ingredients had been well incorporated and the mix had started to become more like a spread, I started tasting and adding salt and pepper, lemon juice, garlic, and rosemary as I went along. 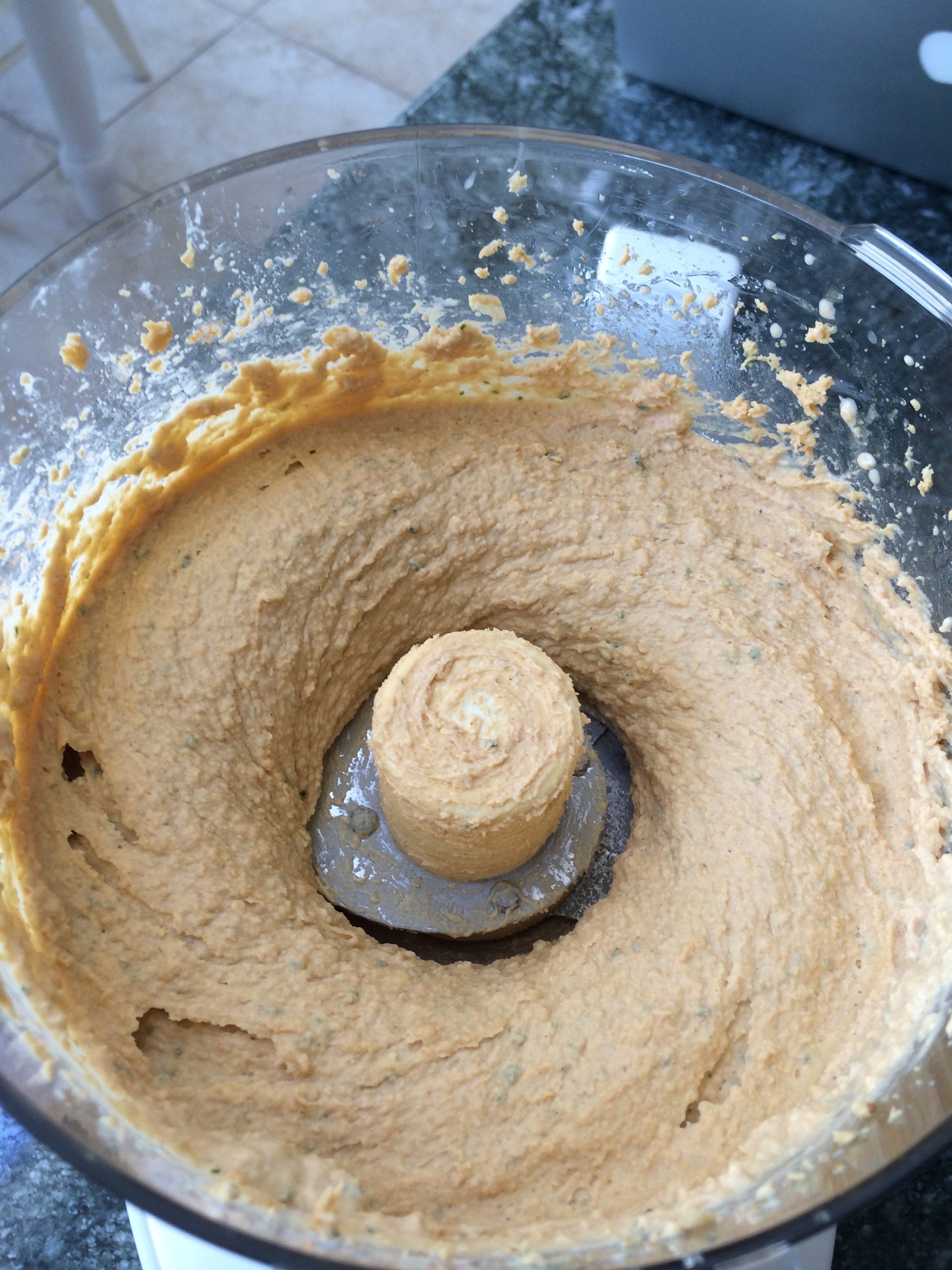 I like making hummus at home because you can control the flavors as well as the saltiness.  It took several taste tests to finally achieve the right balance of flavors.  The end result definitely had a strong rosemary aroma to it, probably because I just kept adding more and more leaves . . . Plus it’s pretty cool to make something at home that you usually just buy from the store.  Personally, I feel a great sense of pride about it, which is probably why I enjoy baking and cooking so much. 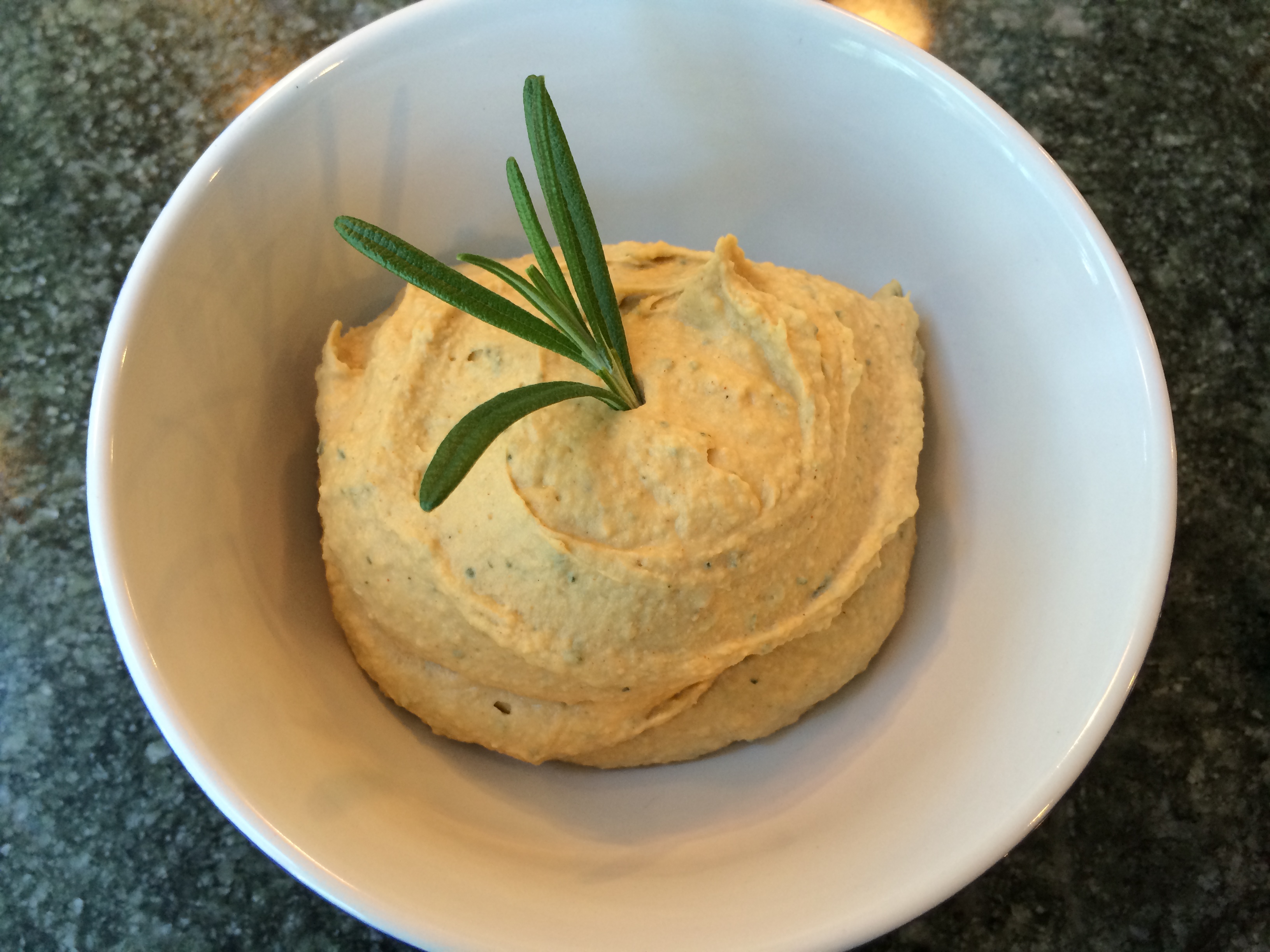 Some more rosemary for garnish . . .

To enjoy this afternoon snack of fresh rosemary hummus, I chopped some kalamata olives for an extra punch of flavor and salt.  My mom and I also enjoyed the hummus with some roasted tomatoes marinated in olive oil, garlic, and herbs, which added a lovely sweetness to the hummus. 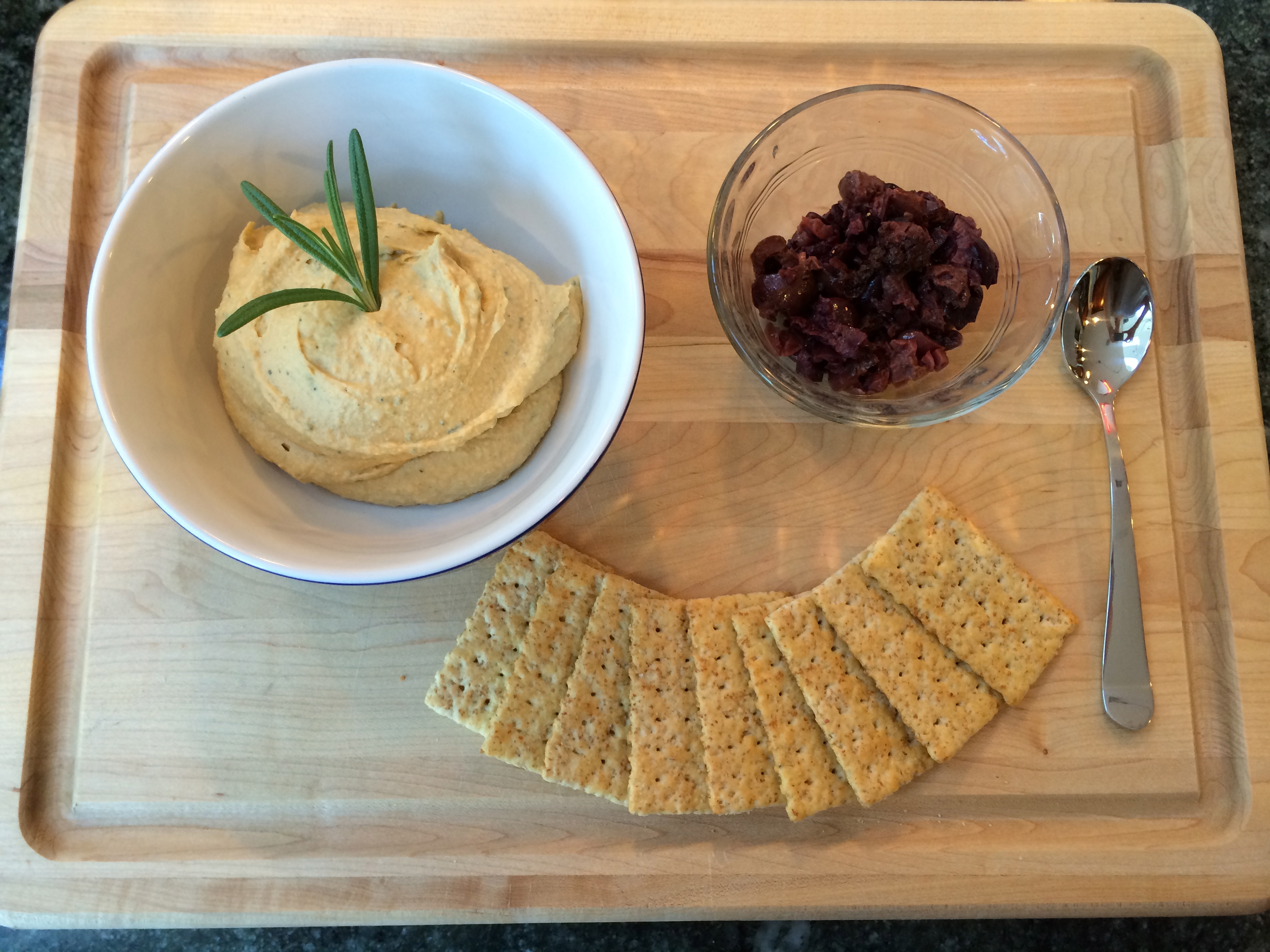 A delicious afternoon snack.  And so fun too!