My first introduction to the wonderfulness that is quinoa actually happened in Edinburgh at my friend Seb’s dinner party.  Seb explained that “in my country” (Ecuador) quinoa is very popular and is pretty much a staple in local cuisine.  He told us that the proper way to clean quinoa before you cook it is to wash it seven times.  The quinoa dish he made for us had ham and cream in it, and I was immediately a believer. 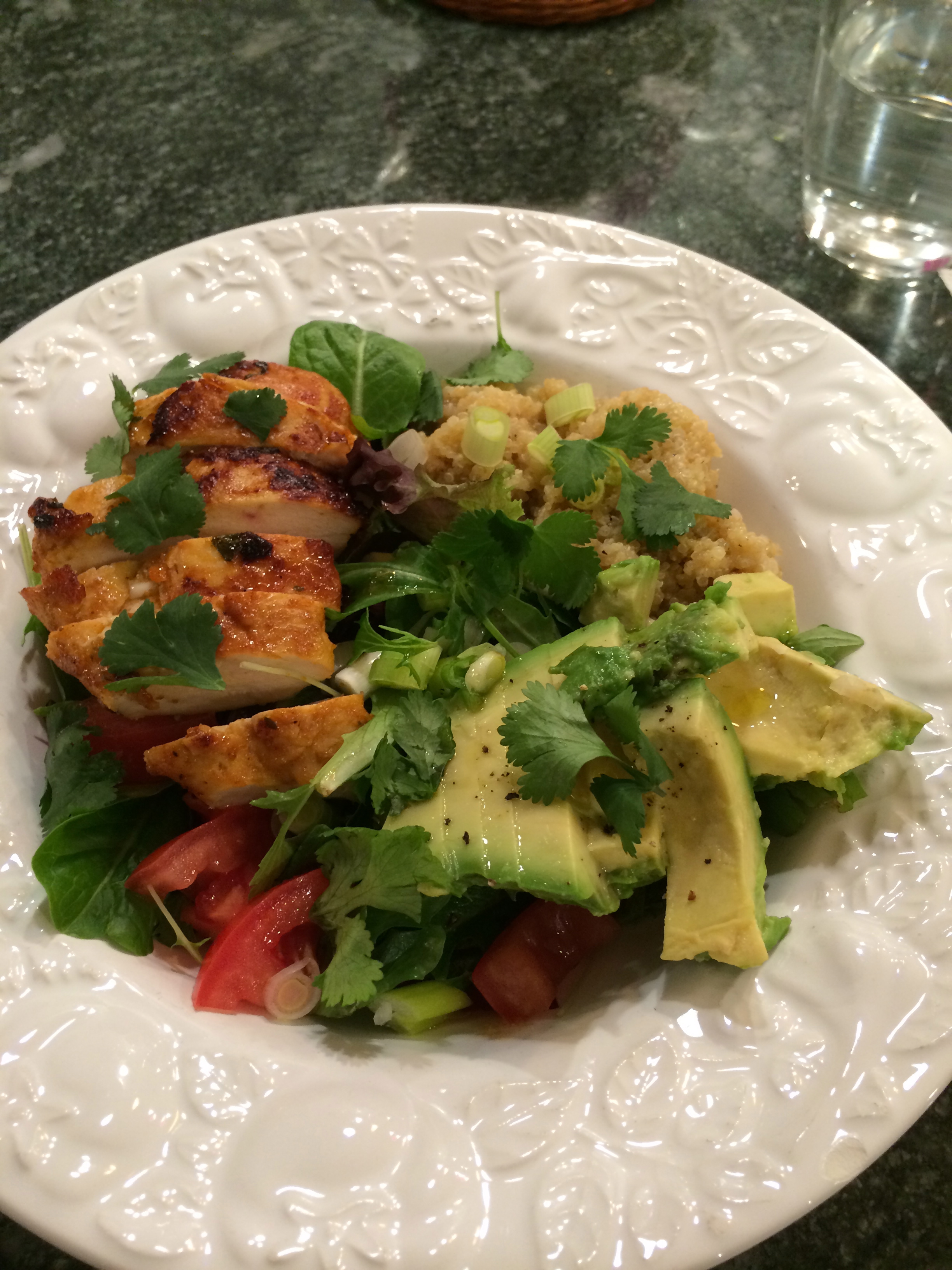 This was the first time I made quinoa back in the States.  I distinctly remember this day because it was in the middle of studying for the bar, and so I was generally miserable and stressed.  Then I had the idea to make a quinoa bowl full of all my favorite things, and it made my day SO much better.  I cooked the quinoa and then added some lime juice, lime zest, coconut oil and sea salt.  The chicken I marinated in a sriracha-honey-mustard sauce and let it sit for a few hours. I first tried to cook the chicken in a pan on the stove, but something weird happened and the sauce started to stick, harden and then burn, so I had to transfer the chicken to broil in the oven.  The chicken turned out amazing, but the pan was ruined . . . whoops.  So then I added some chopped tomatoes, green onions, and avocado, and I topped the whole thing off with some more lime juice and some cilantro.  It was amazing. 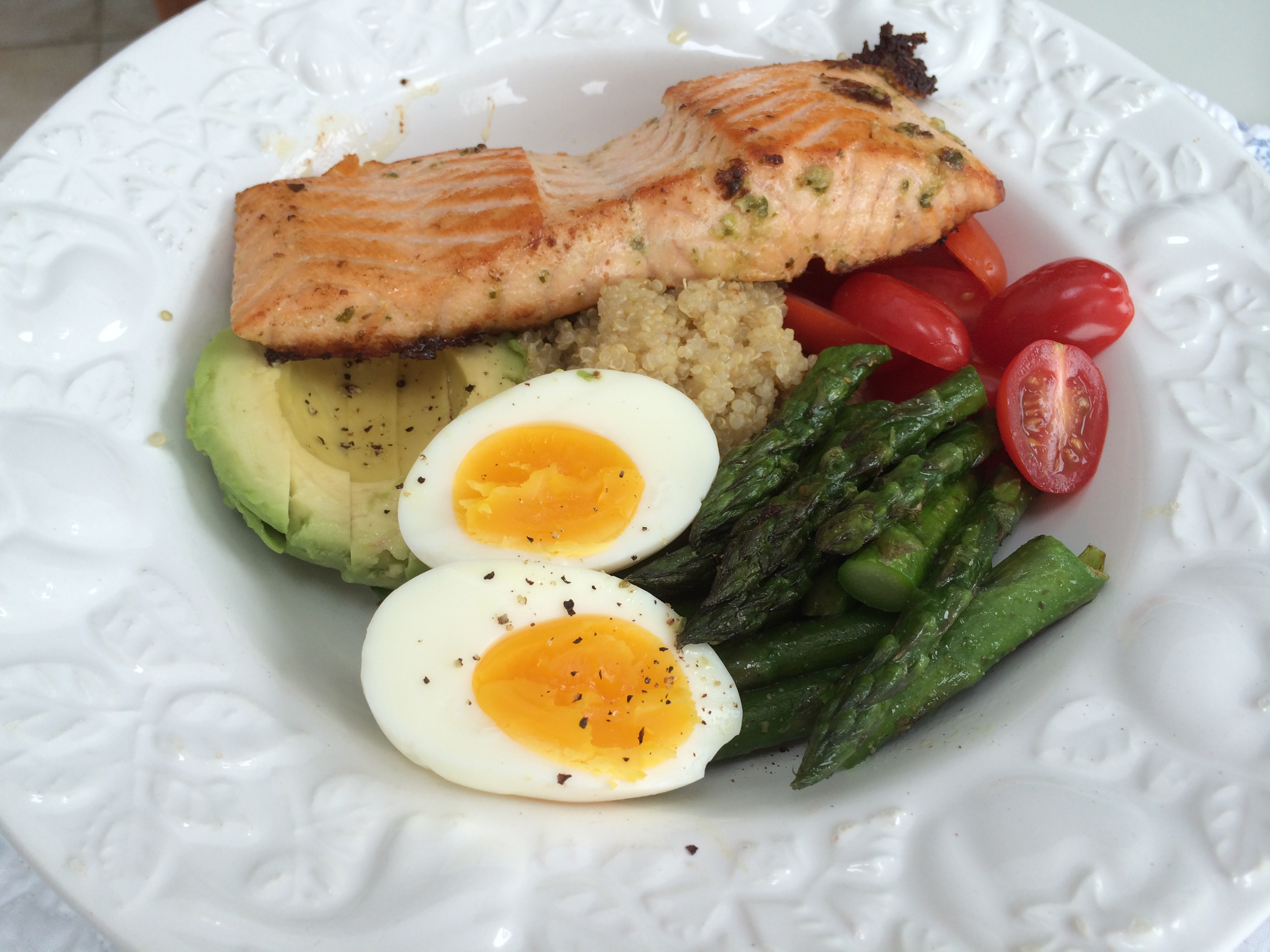 Here is another version I made but this time with salmon, asparagus, and a soft-boiled egg.  Just as delicious, if not more so. 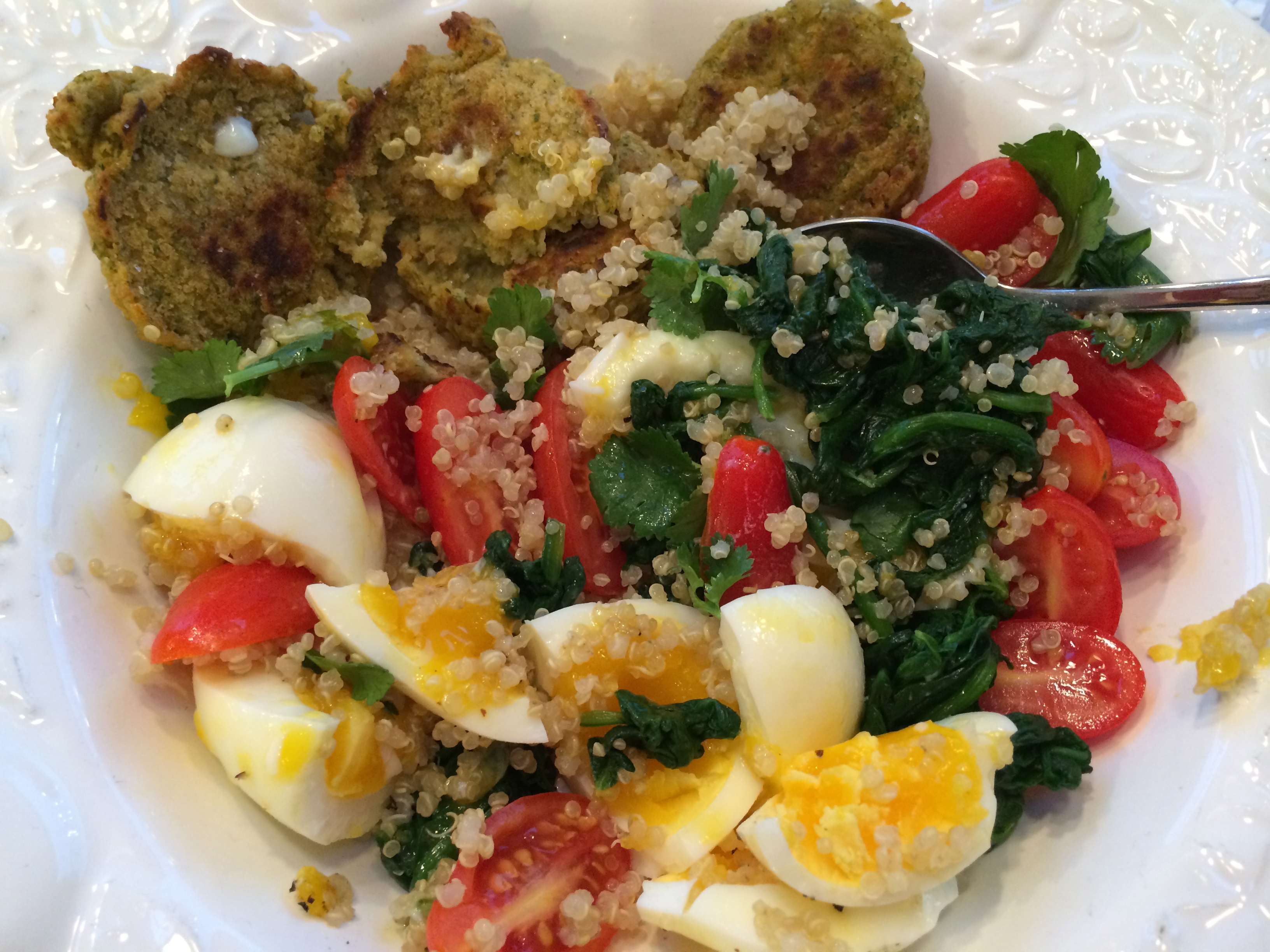 Then of course came the day when I had no available chicken or salmon.  Luckily I had some frozen falafel that I had made a huge batch of and frozen most of it to keep it in reserve.  I added some spinach, and it was perfect.

The bottom line…..quinoa bowls are the best! They are so easy to make – just throw together whatever you have in your fridge, add some salt, pepper, and lemon or lime juice and you’re done! This is definitely one of my favorite dishes to cook, and I will try to come up with even new combinations for my quinoa bowl.