There was a bowl of fresh cherries sitting in the fridge, and I knew I had to use them asap. 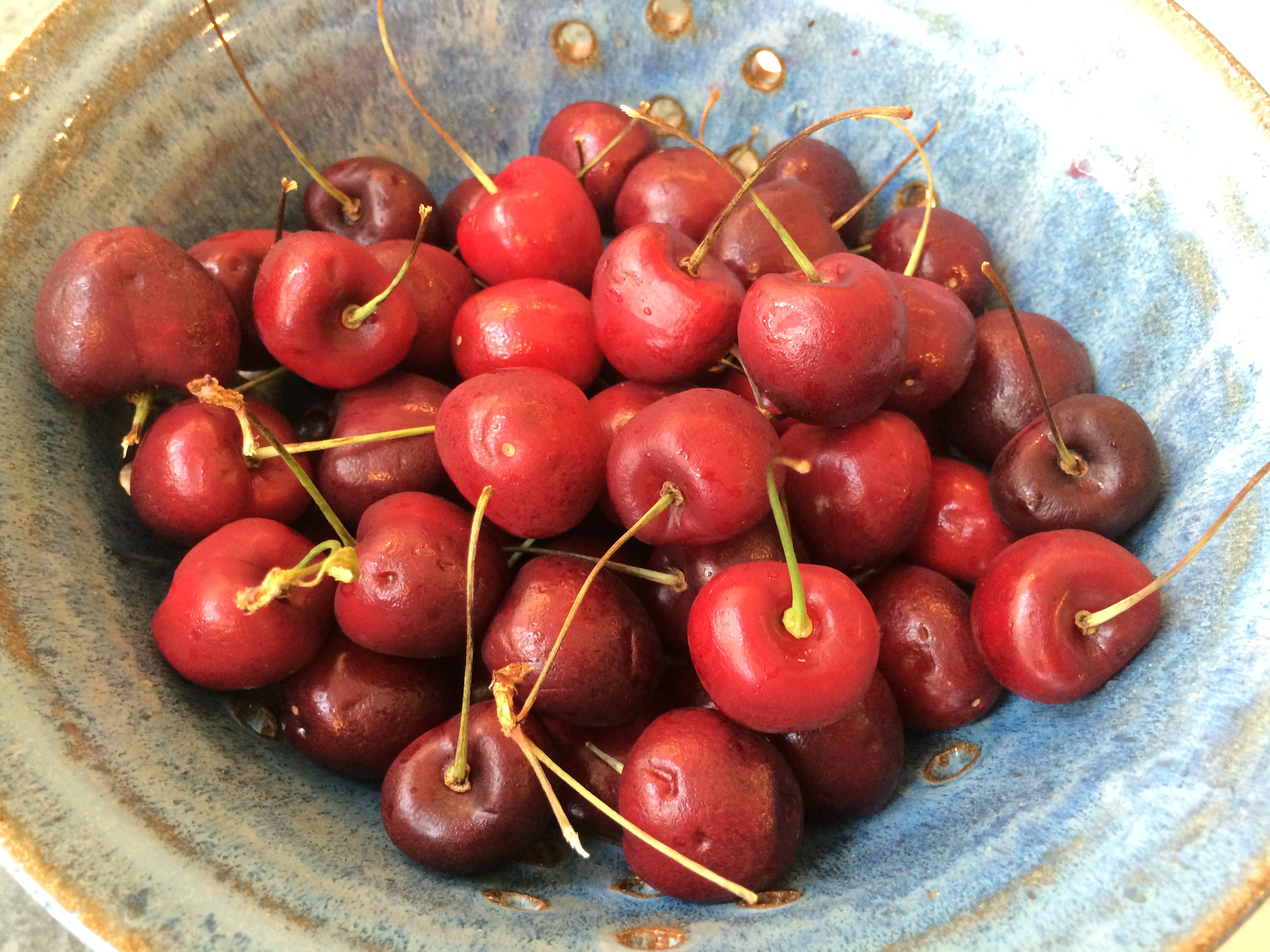 Whatever I was going to make, I knew I’d have to remove the pits . . . without a cherry pitter.

Well, I got it done, eventually. 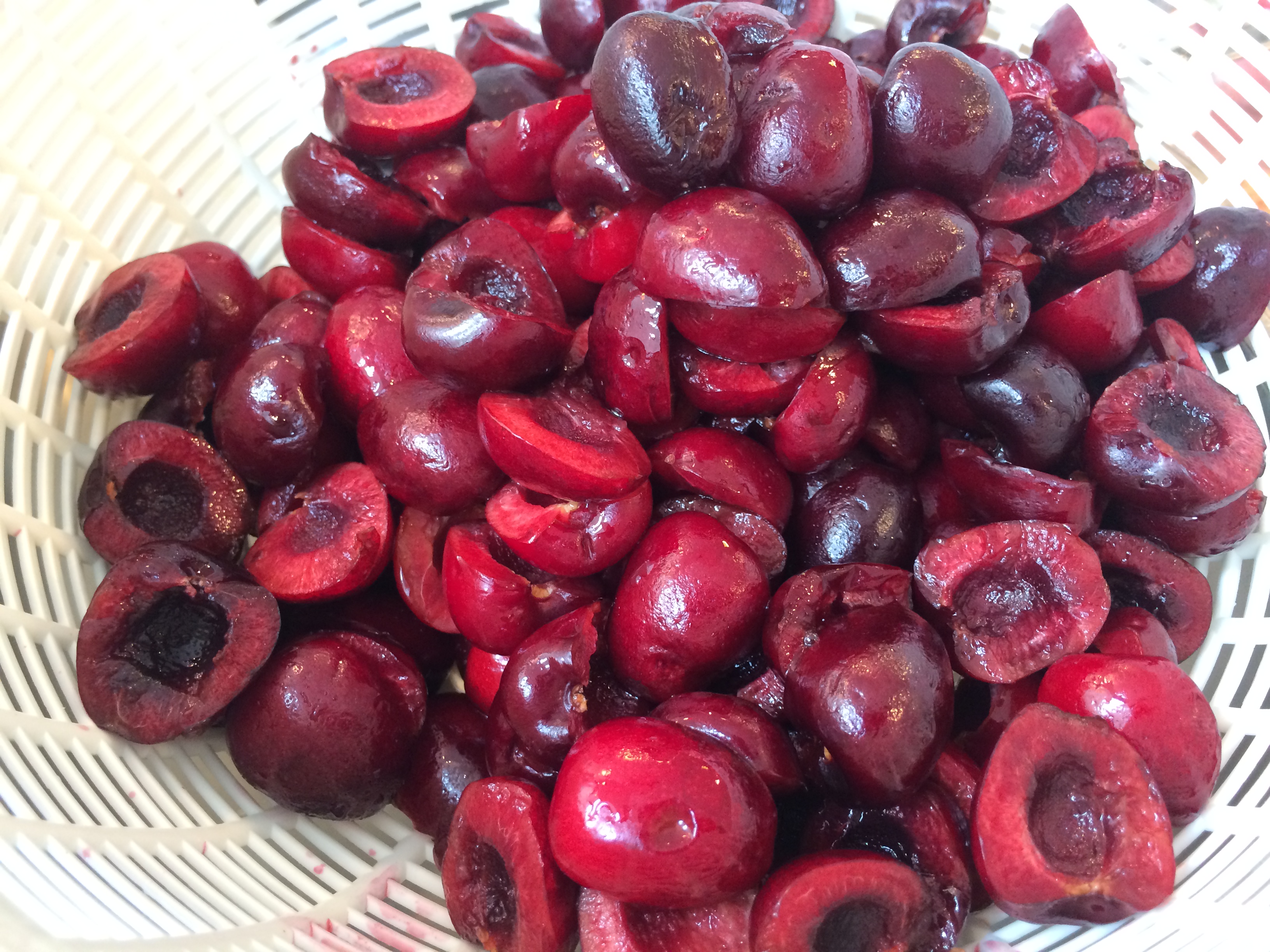 I decided to try to make chocolate cherry muffins.  Christine was always a huge fan of chocolate cherry bread when we were growing up, so I thought it would be nice to recreate it in a more accessible form (as in not a huge loaf).  I used this recipe from All Recipes.  The priority in finding a recipe was that it would use fresh cherries instead of dried cherries.  Also, the recipe called for sour cream, but I didn’t have any so I had to substitute with a mix of yogurt and baking soda. 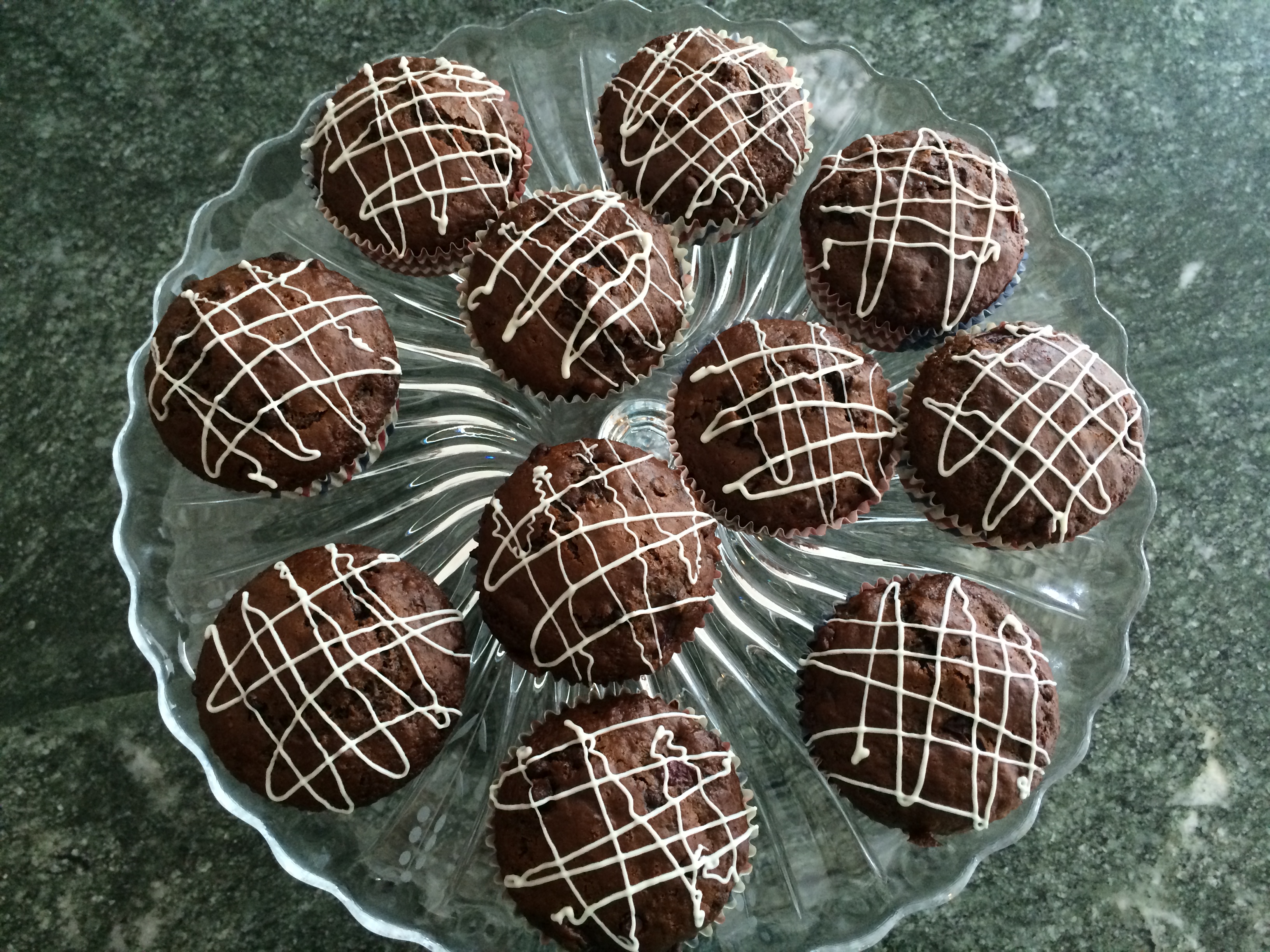 The chocolate warm and comforting, and the cherries were soft and sweet.  A success.