Over the last 4 days, my mom and I watched the first three seasons of Downton Abbey.

Yes, it’s a lot of sitting in front of the TV, but it’s not like I could do much else because of my foot.  Plus, it was raining almost the entire time.

Needless to say, I am now in love with this show, and I am really surprised it took me this long to get into it.  I suppose it was because I knew it would take a lot of time to get caught up (which I don’t normally have), and that once I would start it I wouldn’t be able to stop watching (meaning I would need a significant chunk of time).  I am extremely glad I did finally get caught up, and now I am hooked.  Of course, watching about 32 hours of British period drama has made me miss Edinburgh even more.  I was so excited that the season finale of season 3 took place in the Highlands, but that was BEFORE the end of that episode….which was TERRIBLE and I am still recovering from the shock of it all.

I decided today that it was time to make scones again.  The last time I tried I was really unhappy with the recipe I used, but I figured it would only be a matter of time before I found a version I liked enough.  This recipe came from the blog Pastry Studio.

I was pleasantly surprised that these turned out so well.  The tops were nice and crunchy with a golden brown color (I brushed the tops of the uncooked scones with cream to achieve this), and the insides were nice and soft. 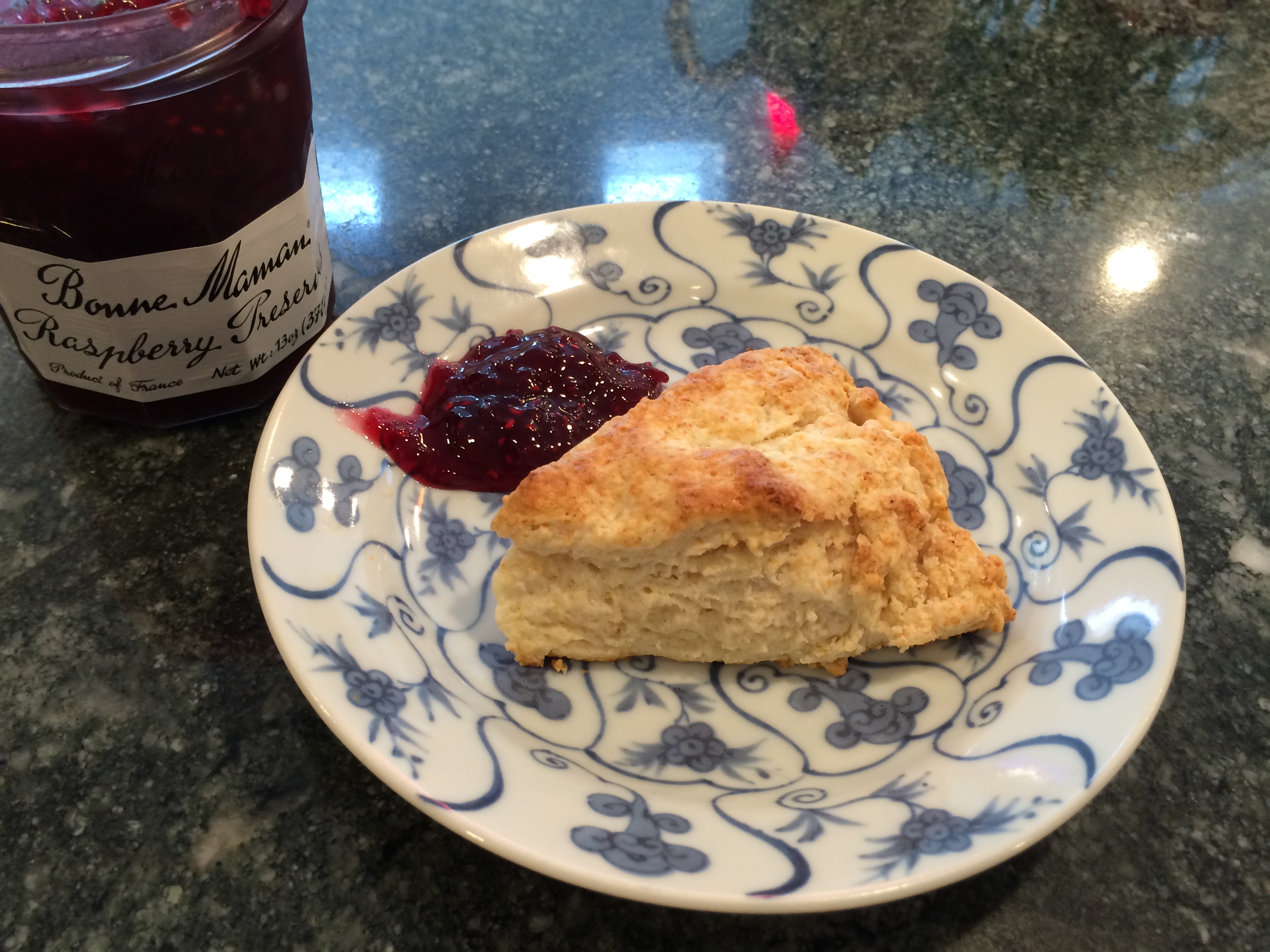 Unfortunately I did not have any clotted cream, so I had my scone with butter and my favorite brand of raspberry jam.  I also made myself a cup of Lady Grey tea.  It was still a lovely afternoon snack. 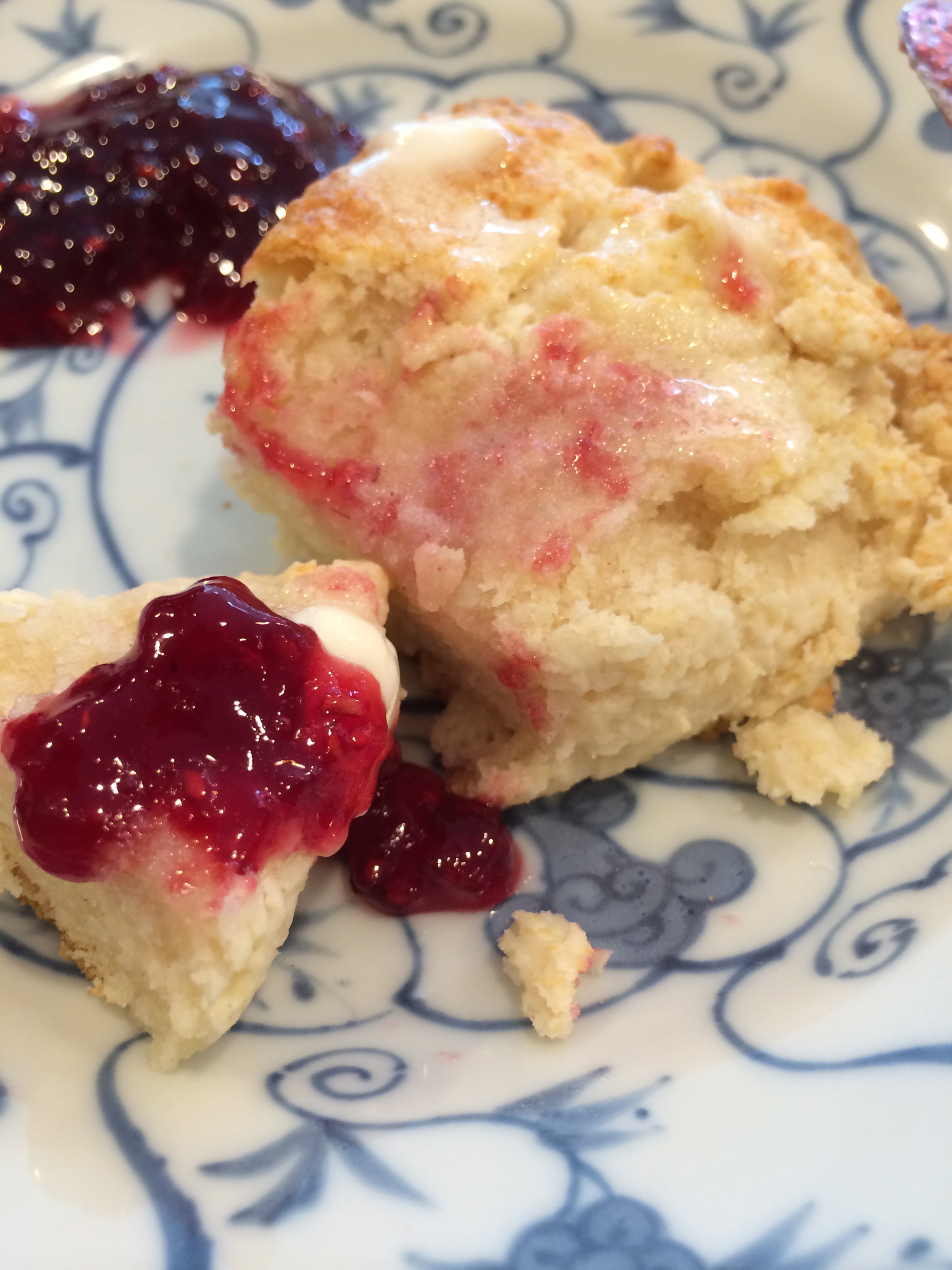 I was not planning on finishing the whole thing, but alas that is what ended up happening.

Now on to season 4 of Downton Abbey!