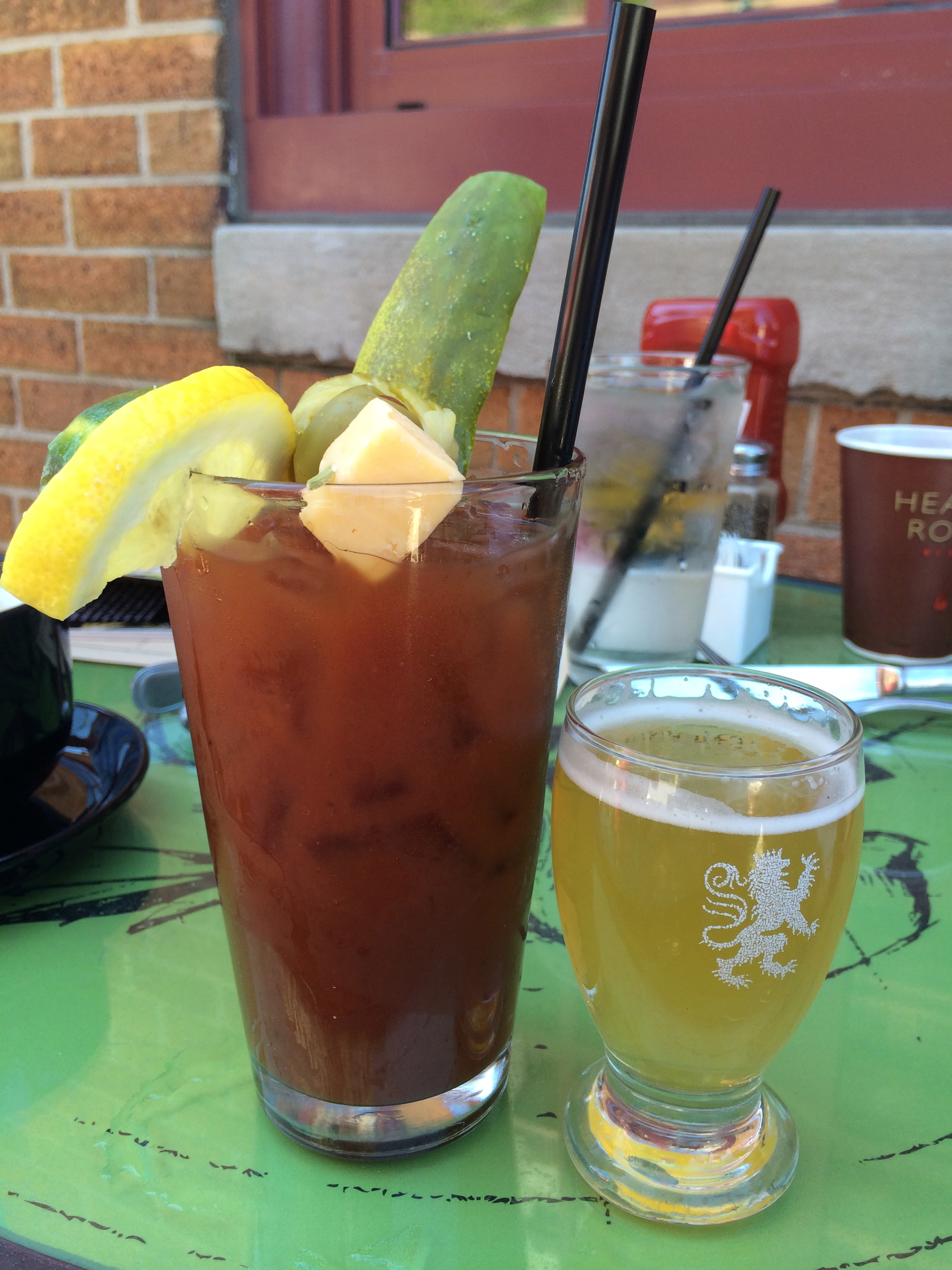 What better way is there to start off the 4th of July than with a Bloody Mary at brunch? This one was probably the best Bloody Mary I have ever had.

We decided on Benelux in the 3rd Ward Historic District for brunch.  The sun was shining and we managed to get seated at a sidewalk table right away.  Dad ordered his usual cappuccino and Mom went with a traditional Bloody Mary.  It came with a skewer of a cube of cheese, a pimento olive, a pickled brussels sprout, and a cucumber spear.  Accompanying this spicy treat was a shot of beer, which the waitress informed us is paired with all their Bloody Mary’s (they have several different versions, some with unexpected additions like BBQ sauce).  The Bloody Mary was spicy with just the right amount of tomato flavor, and you could definitely taste the celery that must have been already incorporated into the mix.  Also, the pickled brussels sprout was amazing! And what a surprise, I would never have thought of pickling a brussels sprout.  Like I said, best Bloody Mary ever.

For the meal, Christine and I both ordered the Quinoa Skillet.  It came with mixed quinoa, sweet potatoes, portobello mushrooms, oven roasted tomatoes, fire roasted tomato sauce, and two perfectly fried eggs on top.  I absolutely loved it.  The eggs were just right and oozed yolk when I poked them.  The quinoa was cooked just right, and the flavors from the other veggies melted together very well.  I think if I were to recreate this at home, I would add in some kale for green color as well as for a contrasting flavor to the tomatoes. 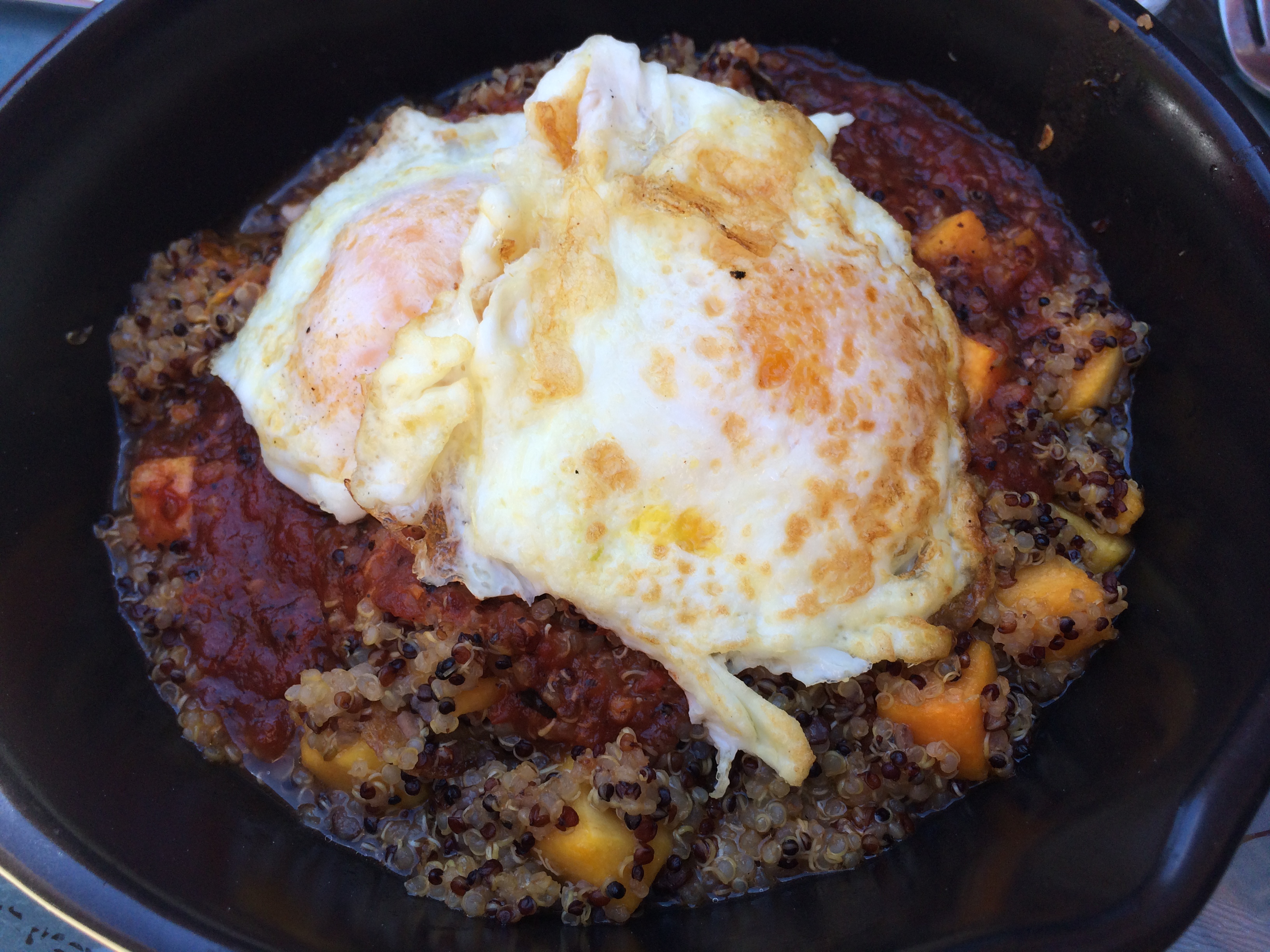 Mom ordered the Salmon Benedict – just what you’d expect, eggs Benedict with smoked salmon instead of ham, topped with Hollandaise sauce and served with a side of potatoes.  Yummy and classic. 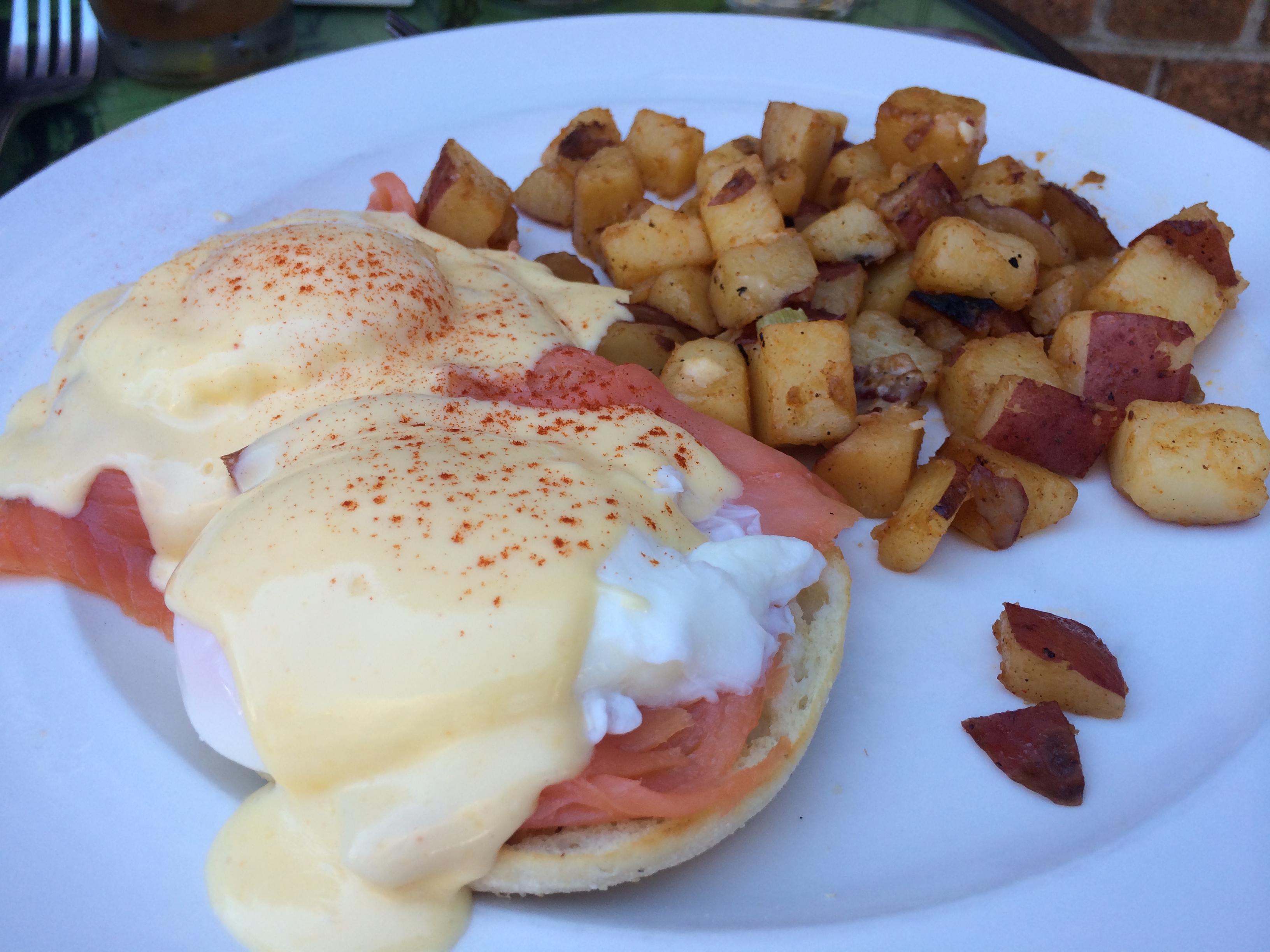 And, of course, Dad ordered the Cinnamon Streusel French Toast.  This was also probably one of the best french toasts I’ve ever had in a restaurant.  Usually the bread is either overly soaked or not soaked enough, but this one achieved the middle ground with perfection.  The cinnamon streusel also gave a nice crunch on the exterior of the bread.  Perfect french toast with a sweet twist. 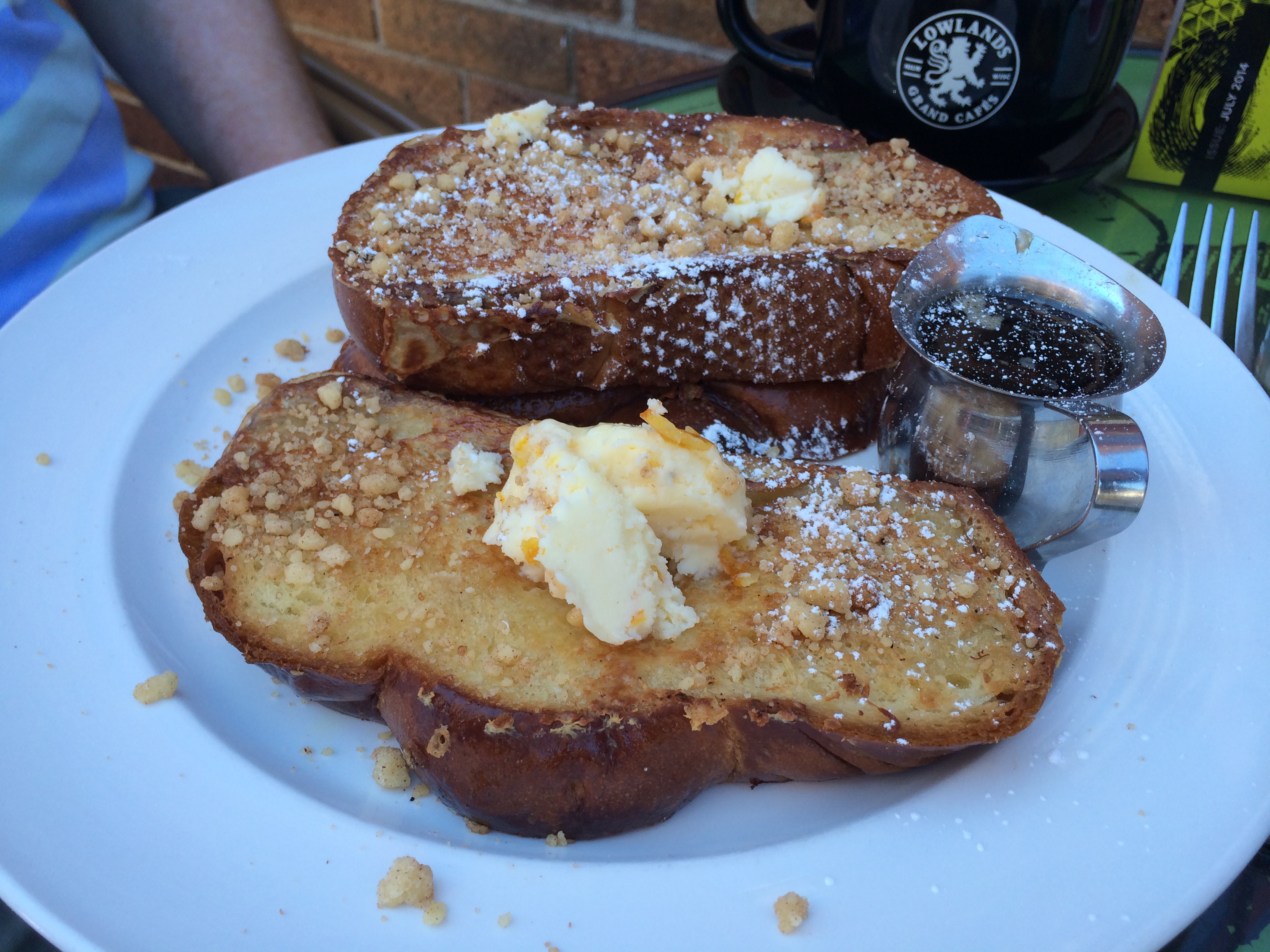