While I have been cooking, documenting, and blogging away in Miami, I have constantly been encouraging Brian to send me pictures of the meals he cooks in South Bend. I have never failed to be impressed, and have thus grown increasingly curious to try one of his home-cooked meals (especially after being reassured what a great cook he is by one of his friends). Since we had planned to go out for a couple of meals, this left us with breakfast as the meal to cook at home. Remaining as impartial as possible, I concede that Brian makes a much better breakfast sandwich than I do. I’m only lucky that I wasn’t in South Bend long enough to be asked to make one. 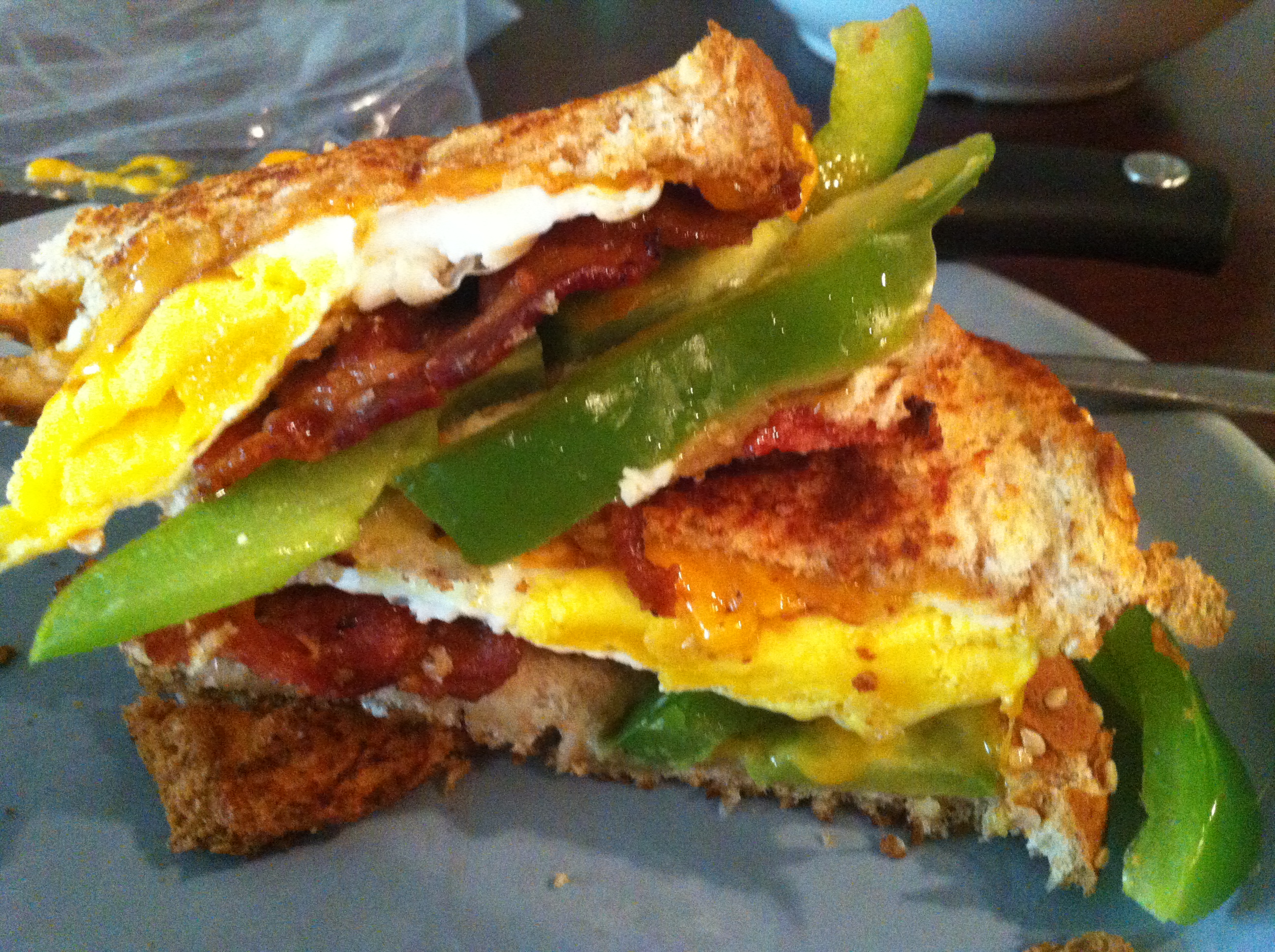 The sandwich included eggs, bacon, cheddar cheese, green peppers, and some Cholula hot sauce on the side for dipping. The eggs were cooked just past over-medium so that the yolk wasn’t runny enough to make a mess, while the bacon was fried to the perfect point between chewy and crispy. As a final touch, the bread was buttered and grilled to what my dad and Alton Brown would call GBD or “golden brown and delicious”. After returning to the kitchen later in the morning and smelling the salty home-cooked smell of real bacon that was reminiscent of breakfast, I realized that this sandwich is one that I would enjoy at any time of the day, not just for breakfast.